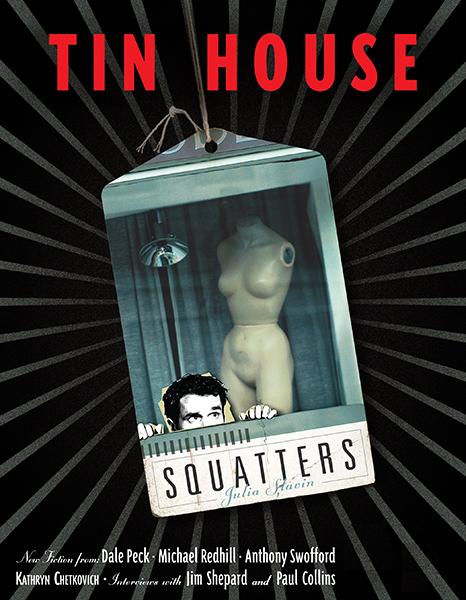 In this issue, as with every issue of Tin House, we’re publishing stories that have come to us from every possible angle. Andrew Roe’s story “Are you OK?” was plucked from the Tin House Summer Writers’ Workshop. Alison Grillo’s story “Phone Sex in Milwaukee” was excavated from the slush pile, the very same one that one-time Tin House reader Anthony Swofford, pre-mega-selling Jarhead, used to mine for buried gems. In this issue, Swofford returns to Tin House with a chilling story of marines in Iraq during Gulf War I. Sebastian Matthews, in an excerpt from his memoir about his father, the late poet William Matthews, captures his father’s passion for the craft of poetry. Accompanying Sebastian’s piece are two previously unpublished poems by William Matthews. There are also interviews with Paul Collins, intrepid rescuer of old texts, and with Jim Shepard, who has two new books out this year. Shepard talks with his old friend, novelist Ron Hansen, about why in the world we keep on doing what we do.