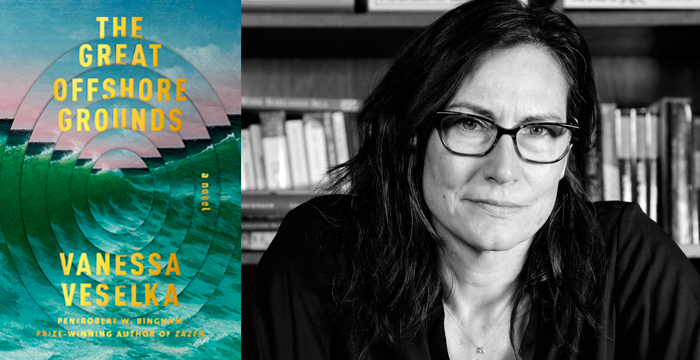 Vanessa Veselka returns to Between the Covers, eight years after her first appearance, to discuss her new novel The Great Offshore Grounds. Longlisted for this year’s National Book Award in Fiction, Roxane Gay calls The Great Offshore Grounds epic, original, and “utterly engrossing.” Lidia Yuknavitch adds: “This novel is thrilling in its content, daring in heart, and makes a helix between a novel of ideas and the best damn story of women who forge their identities on their own terms that I’ve read in years.”

You can listen to Vanessa’s first appearance on Between the Covers for her PEN/Robert W. Bingham prize-winning debut Zazen here. In the fall of 2021, Zazen will be reissued by Vintage for its 10th anniversary.