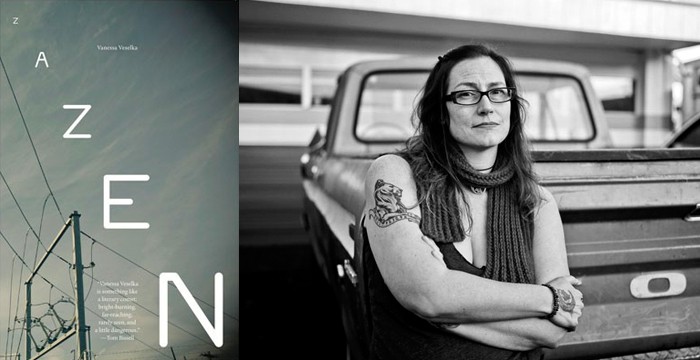 A war has either started or is about to; bombs are going off in the city, but people seem strangely disengaged. Della’s activist friends seem more concerned about the next sex party or the finer points of vegan ideology, and customers at the vegan café where she works talk of leaving the country for a life of escape and eco-tourism. But Della feels compelled to stay as the bombs inch closer, even though she isn’t quite sure how to engage or what exactly to fight for. This is the world of Zazen.

Today’s guest is Portland writer and debut novelist Vanessa Veselka. Vanessa’s work has appeared in Tin House, the Atlantic, BUST, Bitch Magazine, and Maximum Rock ‘n’ Roll, among others. She’s also a musician and a writing instructor at the Attic. She talks today with host David Naimon about her first book, Zazen, a finalist for the Oregon Book Awards, published by Red Lemonade Press.