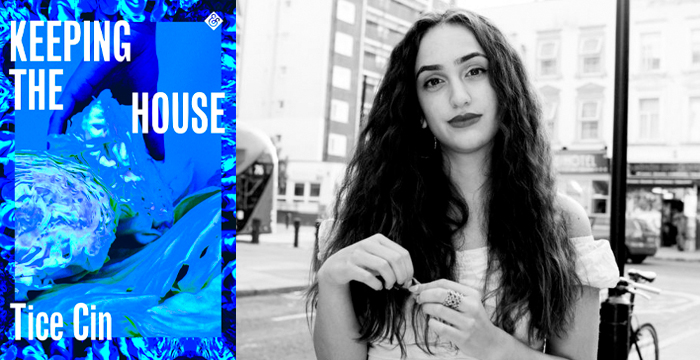 Tice Cin’s debut novel Keeping the House is set within the Turkish Cypriot community of North London. But while it is also set within the heroin trade there, this book is not a crime novel, or if it is, it is like no crime novel you’ve read before. Keeping the House is a book, by Cin’s own description, for people who feel “glitched.” The book “glitches” between past and present, between prose and poetry, and between one language and another and back again. Keeping the House not only subverts the tropes of crime fiction, of hero narratives and the gender dynamics within them, but challenges us to be within a new form, to feel our way forward, carried by the rhythms of this newness on its own terms. Our conversation ranges widely, from glitching to cabbages, artificial intelligence to complex PTSD, sensitivity reads to chosen families, to what it means to keep the house, to find a home.

Tice Cin’s contribution to the bonus audio archive is a first for the show. She asked me to give her a writing prompt so that she could write something new especially for Between the Covers supporters. Having spent some time in North Cyprus myself, the place her family comes from, and given the food-centric formal shape of her novel, I came up with a prompt that is both Cyprus and food-specific and she wrote what could best be described as something that lingers between a poem and a song, one that will take your breath away. To find out how to subscribe to the bonus audio and/or about the many other potential benefits of becoming a listener-supporter of BTC head over to the Between the Covers Patreon page.