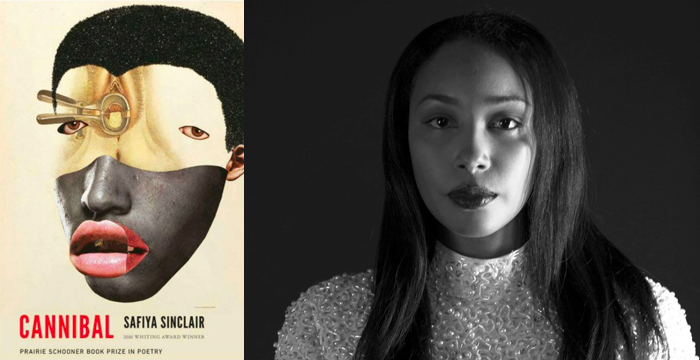 “Sinclair crafts her stunning debut collection around the beauty & brutality of the word cannibal, whose origins derive from Columbus’s belief that the Carib people consumed human flesh. Attacking this dehumanizing judgment born from white entitlement & denouncing the idea that blackness is synonymous with savagery, Sinclair ponders such questions as, How does a poet get inside the head of Shakespeare’s Caliban? How would Caliban define blackness without the filter of a white man’s bias? . . . Through her visceral language Sinclair paints the institution of white supremacy as not just an individualized phenomenon, but as a ruthless & menacing force.”—Publisher’s Weekly, starred review