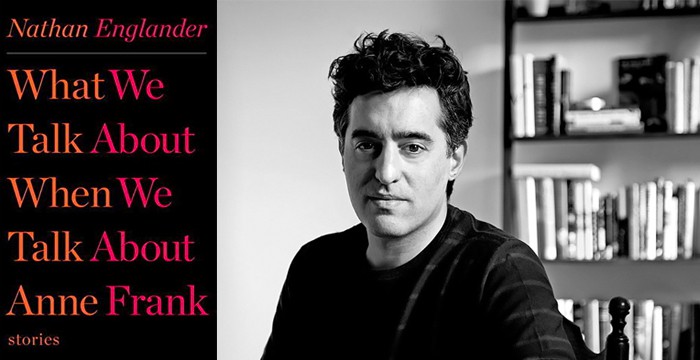 Englander burst on the literary scene in 1999 with For The Relief of Unbearable Urges, a story collection that earned him the PEN/Faulkner Malamud Award and the American Academy of Arts and Letters Sue Kauffman Prize. His first novel, The Ministry of Special Cases, set during Argentina’s Dirty War, came out in 2007. And this year finds Englander particularly busy, with a play, The Twenty-Seventh Man, premiering at The Public Theater in New York; the release of his original translation of the Haggadah, the prayer book used during the Passover seder, edited by Jonathan Safran Foer; and his much-anticipated story collection that we will talk about today, What We Talk About When We Talk About Anne Frank.

“It takes an exceptional combination of moral humility and moral assurance to integrate fine-grained comedy and large-scale tragedy as daringly as Nathan Englander does.”—Jonathan Franzen

“What We Talk About When We Talk About Anne Frank vividly displays the humor, complexity, and edge that we’ve come to expect from Nathan Englander’s fiction—always animated by a deep, vibrant core of historical resonance.”—Jennifer Egan