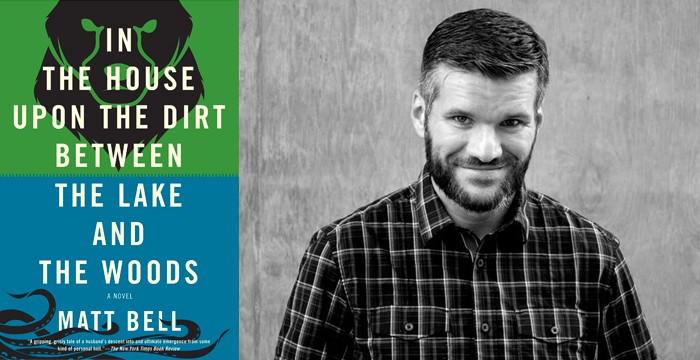 Matt Bell’s novel is so unlike anything else you’ll read this year that people are struggling to describe just what it is. The Washington Post says it’s like a magical realist story chanted by druids on mushrooms, The Stranger says it feels like a Tolkein epic set inside Plato’s cave and told by Carl Jung, others mention Calvino, Borges, Kafka, and the Bible. Earlier this year Flavorwire called Matt Bell one of the 10 best millennial writers you haven’t read (yet) and NPR called Bell’s book, In the House Upon the Dirt Between the Lake and the Woods, one of the smartest meditations on love, family, and marriage in recent years.