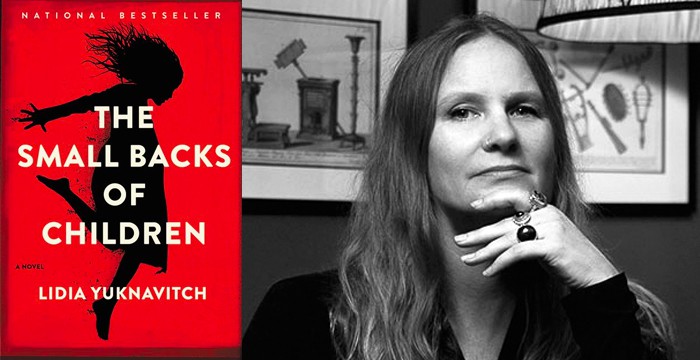 In a war-torn village in Eastern Europe, an American photographer captures a heart-stopping image: a young girl flying toward the lens, fleeing a fiery explosion that has engulfed her home and family. The image wins acclaim and prizes, becoming an icon for millions—and a subject of obsession for one writer, the photographer’s best friend, who has suffered a devastating tragedy of her own. In The Small Backs of Children, Lidia Yuknavitch explores the treacherous, often violent borders between war and sex, love, and art.

“Yuknavitch moves through narratives and structures like a literary banshee seeking a body. Fast, visceral, The Small Backs of Children is a gunshot meditation on art and violence and I couldn’t put it down.”—Vanessa Veselka