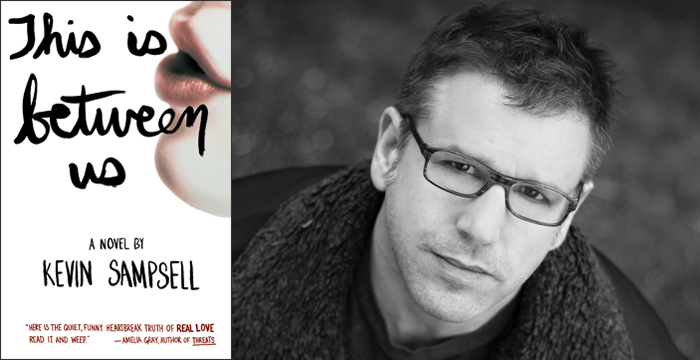 There may be no author more integral to the Portland literary scene than Kevin Sampsell. Kevin is not only the small press curator and events coordinator at Powell’s books, but he’s also the editor of the Portland Noir fiction anthology, curated this year’s Wordstock literary festival, was in charge of LitHopPDX, Portland’s inaugural literary bar crawl, and is the publisher of the micro-press Future Tense Books. His own books include the collections Beautiful Blemish and Creamy Bullets, and his memoir A Common Pornography.  His work has appeared in Tin House, Salon, McSweeney’s, Best Sex Writing 2012 and Best American Essays 2013, and he is here today on Between The Covers to talk about his novel, This is Between Us.