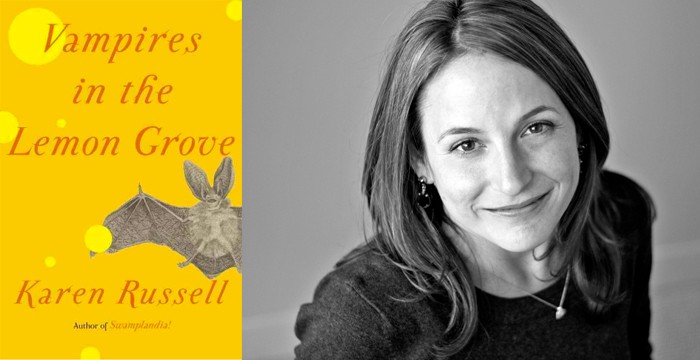 Karen Russell is one of today’s most celebrated and vital writers—honored in the New Yorker’s list of the twenty best writers under the age of forty, Granta’s Best of Young American Novelists, and the National Book Foundation’s five best writers under the age of thirty-five. Last year, Karen Russell was nominated for the Pulitzer Prize in fiction (along with David Foster Wallace and Denis Johnson) for her debut novel, Swamplandia!  Now Russell is back with a magical new collection of stories, Vampires in the Lemon Grove, that showcases her gifts at their inimitable best.