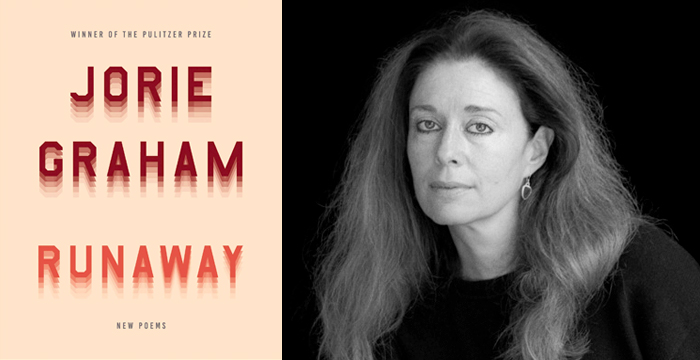 Today’s guest is poet Jorie Graham. We speak about her fifteenth book of poetry, Runaway. This latest book, along with the three that precede it—Sea Change, Place, and Fast—confronts our accelerating trajectory toward climate disaster. But as Lidija Haas says for Harper’s Magazine, Graham “in her poems remakes a world you can inhabit, one in which you can sense what it is you’re letting go of, now, before it’s gone.” We talk about what it means to engage with deep time as a poet, about (dis)embodiment, about soul-making, about finding collectivity through the sensorial and subjective, about apprenticeship and lineage, the line and the sentence, and much more.

For the bonus audio archive Jorie discusses the many manifestations of rain, and then reads two rain poems, one by Edward Thomas, the other by Robert Creeley. To find out about how to subscribe to the bonus audio, among the other potential benefits and rewards of becoming a listener-supporter of the show, head over to the Between the Covers Patreon Page.