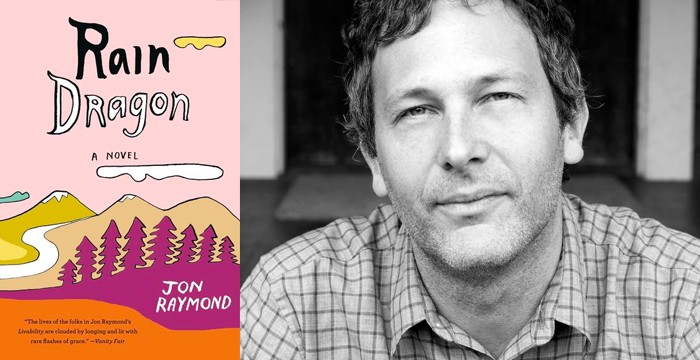 Host David Naimon talks with Portland author, Jon Raymond, about his new novel Rain Dragon.  Raymond is the author of the novel The Half-Life, and the short story collection Livability, which won the Oregon Book Award and contained two stories that became the critically acclaimed movies Old Joy and Wendy & Lucy. Jon Raymond was also the screenwriter for the film Meek’s Cutoff and for the HBO miniseries Mildred Pierce, starring Kate Winslet. Rain Dragon follows a couple who leave the rat race in L.A. to work on an organic farm in Oregon.

“Raymond expertly captures the emotions of personal growth and inner turmoil while bringing the Oregon setting to life with descriptive language reminiscent of that in his first novel, The Half-Life (2004). Deep characters offset by a light tone make this work about dreams and realities an enjoyable read.”—Booklist