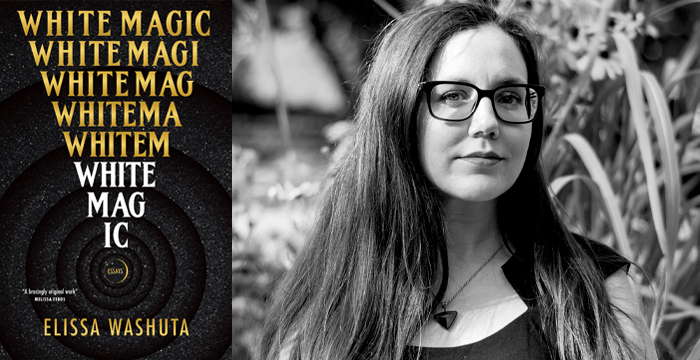 Today’s episode of Between the Covers is with writer Elissa Washuta about White Magic, her new memoir in essays just out from Tin House. Elissa Washuta’s body of work, and White Magic is no exception, is deeply engaged with form, particularly in relationship to the telling of our own true stories. How do we find the right form to tell our stories? How much can we shape what we lived (into story, into narrative) and have it still remain true? What can we learn about our voices, our selves, from adopting the form of another? What are some ways to create new forms when none are sufficient to carry what we’ve experienced? This is the magic of White Magic, witnessing Elissa Washuta wield form like a spell, like a magic trick, like an act of divination, to conjure her voice and bring her story into words on the page the way she wants it, on its own terms. As Stephen Graham Jones says “White magic, red magic, Stevie Nicks magic—this is Elissa Washuta magic, which is a spell carved from a life, written in blood, and sealed in an honesty I can hardly fathom.”

For the bonus audio archive Elissa Washuta reads from the draft of an essay-in-progress called “Apocalypse Pathology.” This joins a wealth of bonus material from Carmen Maria Machado, Ted Chiang, Layli Long Soldier, Morgan Parker, Tommy Pico, Teju Cole, N. K. Jemisin, and many others. To learn how to subscribe to the bonus audio, and to check out the many other potential benefits of becoming a listener-supporter of the show head over to the Between the Covers Patreon page.