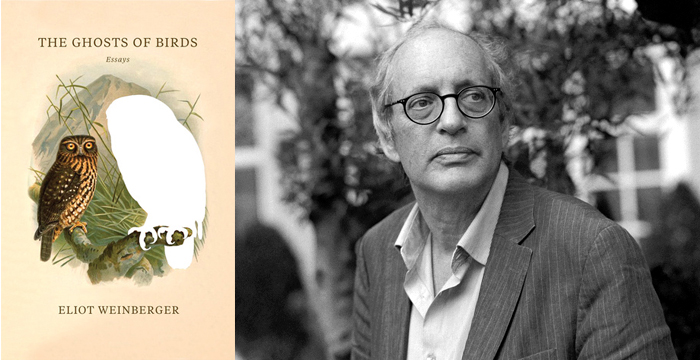 A new collection from “one of the world’s great essayists” (The New York Times), The Ghosts of Birds offers 35 new essays by Eliot Weinberger.  He chronicles a 19th century journey down the Colorado River, records the dreams of people named Chang, & shares other factually verifiable discoveries that seem too fabulous to possibly be true. These essays include his notorious review of George W. Bush’s memoir, Decision Points, writings about the I Ching, & the history of American Indophilia (“There is a line, however jagged, from pseudo-Hinduism to Malcolm X”). This collection proves once again that Weinberger is “one of the bravest and sharpest minds in the U.S.” (Javier Marías)