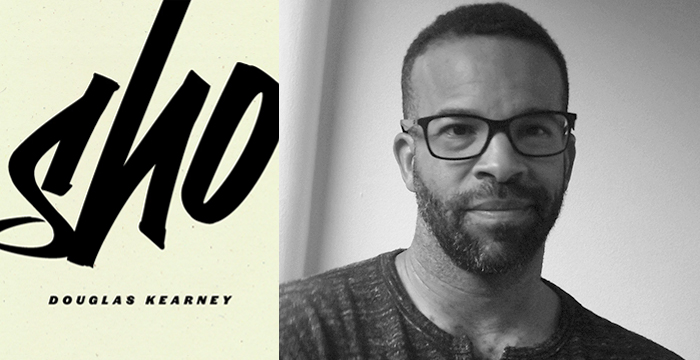 Today’s episode with poet Douglas Kearney is about his latest book of poetry, Sho, and the poetry-performance album (with Haitian sound artist Val Jeanty) Fodder. Throughout Kearney’s career he has engaged with the tension between the stage and the page, the eye and the ear, the word and the body, all as a means to explore the contradictions of being Black in America. What does it mean to make the page into a stage, or to make the stage into a compositional space? How does Kearney critique the way anti-Black violence is made into spectacle, while himself being a Black performer who uses spectacle? What does a poetics that works against catharsis, against relief, entail and to what end? Why is Kearney skeeved out by simile and why does he find violence within metaphor? These questions only scratch the surface of a wide-ranging conversation that travels from Susan Howe to Public Enemy.

For the bonus audio archive, Kearney adds the reading of two new poems. These join readings by Ross Gay, Teju Cole, Nikky Finney, Jorie Graham, Layli Long Soldier, Arthur Sze, and many others. To learn more about how to subscribe to the bonus audio and to check out the many other potential benefits of becoming a listener-supporter of Between the Covers, head over to the Between the Covers Patreon page.