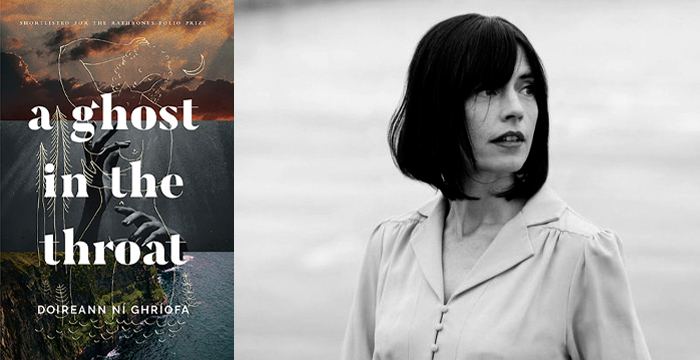 Irish poet Doireann Ní Ghríofa joins us to talk about her latest poetry collection, To Star the Dark, and her prose debut, A Ghost in the Throat, a debut that has captured the imaginations (and all the awards) in Ireland and the UK and is just out now in North America. A Ghost in the Throat is wonderfully hard to categorize: a memoir, a work of historical fiction, an autofiction, a translation, a book about translation, a book about poetry, a book that is poetry. It is all of these things and yet reads less like a work of avant-garde literary experiment and more like a detective or adventure story, an act of literary archaeology, a love letter, and a reclamation against the erasure of women’s lives and women’s art.

We talk about the erasure of women, the erasure of motherhood in literature, the erasure of Irish language, Irish culture and the Irish social order under British colonization, and how she conjured the largely erased life of Eibhlín Dubh Ní Chonaill (who wrote the Caoineadh Airt Uí Laoghaire, one of the great laments of keens in Irish literature) in the face of such absence and silence. We also talk about translating the Caoineadh Airt Uí Laoghaire and about self-translation (of Doireann’s own Irish language poetry into English), about oral poetic traditions carried down from one woman’s body to another versus text-based poetry fixed to the page. All this and much more.

For the bonus audio archive Doireann reads two contemporary poems she loves. “A Spider” by the Irish poet Colette Bryce and “Broom” by the American poet Deborah Digges. To learn more about how to subscribe to the bonus audio and about the many other potential benefits of becoming a listener-supporter of Between the Covers head over to the Between the Covers Patreon Page.