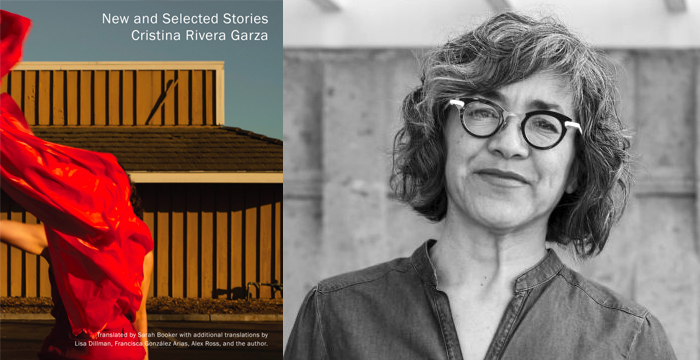 Cristina Rivera Garza returns to the show to discuss her New and Selected Stories, which gathers together fiction across thirty years of her writing life. Some are stories translated into English for the first time. Others are stories in English that haven’t yet appeared in Spanish. Still others are new versions, rewritten, retranslated or both. We talk about her lifelong interest in troubling the borders between these two languages, Spanish and English, and the borders between Mexico and the United States, even between writer and translator. But Cristina also undermines the borders of selfhood and identity in such uncanny ways, ways that have implications around gender and the status of women, and around nature and the status of the nonhuman other. In addition we look at some of her more scholarly work on “necrowriting” (writing with the dead) and what it means to have a writing practice of “disappropriation,” one that returns writing to its plural form.

Today’s bonus audio is a long-form conversation with Cristina’s longtime translator Sarah Booker. Among the many things we discuss is the unique fashion in which Cristina and Sarah write and rewrite, translate and retranslate each other’s work, a horizontal relationship that redefines authorship and is informed for both of them by a feminist ethics. To learn more about how to subscribe to the bonus audio and to check out the many other potential benefits and rewards of joining the Between the Covers community as a supporter, head over to the show’s Patreon page.

Finally, here is this episode’s Bookshop.