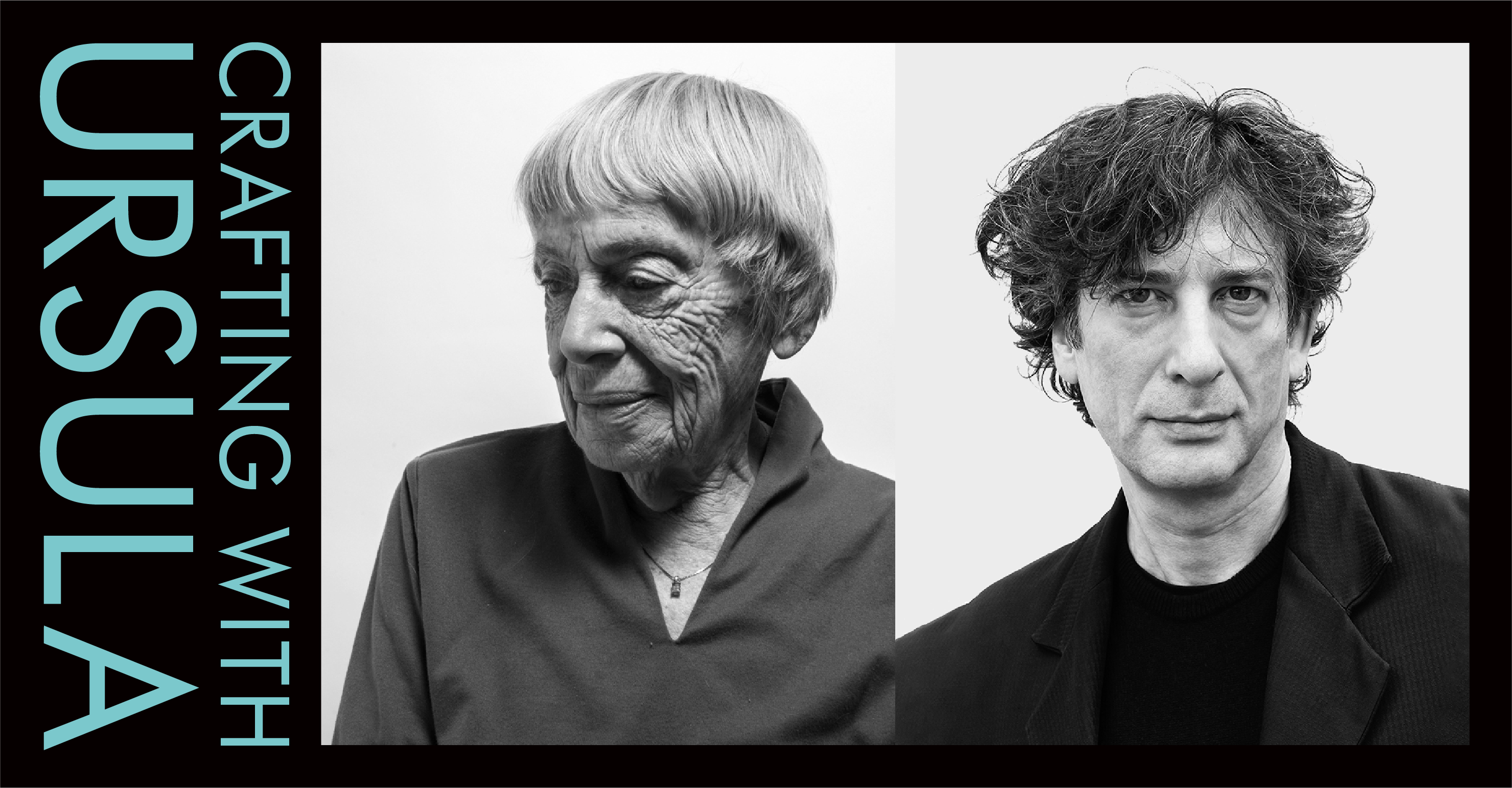 Who better to talk about the unique power of telling stories than one of our great contemporary storytellers, Neil Gaiman? One deep way Neil Gaiman and Ursula K. Le Guin are kindred spirits is how they both share an abiding interest in the strange, uncanny relationship between truth and fiction, truth and myth, the imagination and the real, the fantastic and reality, and the ways we seem hardwired, from childhood onward, to be adept at finding the enduring truths within stories that others have “made up.” Today’s conversation, as the final one in the Crafting with Ursula series, serves a double purpose. Yes, we do a deep dive into word magic, into the power and purpose of creating and telling stories, into the spells they weave and why. But we also celebrate Le Guin, the intelligence and music of her words, her spells, by having Neil Gaiman, one of the most mellifluous and recognizable narrative voices today, read excerpts of Le Guin’s work for us, from A Wizard of Earthsea to The Lathe of Heaven to Always Coming Home.

Whether you’ve been following the Crafting with Ursula series from the beginning, or whether Neil Gaiman is what brought you here for the first time, don’t miss the many other science fiction and fantasy conversations within the main Between the Covers show. You can go to the show’s homepage and sort the archive for “SFF” and not only find the three conversations with Ursula K. Le Guin herself, but also conversations with many others including Ted Chiang, Jeff VanderMeer, N.K. Jemisin, China Miéville, Nnedi Okorafor, William Gibson, Sofia Samatar, Neal Stephenson, Marlon James, Jo Walton, Kelly Link, Daniel José Older, David Mitchell and more.

If you enjoyed today’s conversation consider transforming yourself from a listener to a listener supporter. Each supporter receives a resource-rich email with each episode, can join our collective brainstorm, our collective dreaming of who to invite as future guests, and there are a wide variety of other possible benefits from the bonus audio archive to rare Le Guin collectibles. Check it all out at the show’s Patreon page.

Finally here is the Bookshop for today’s conversation.