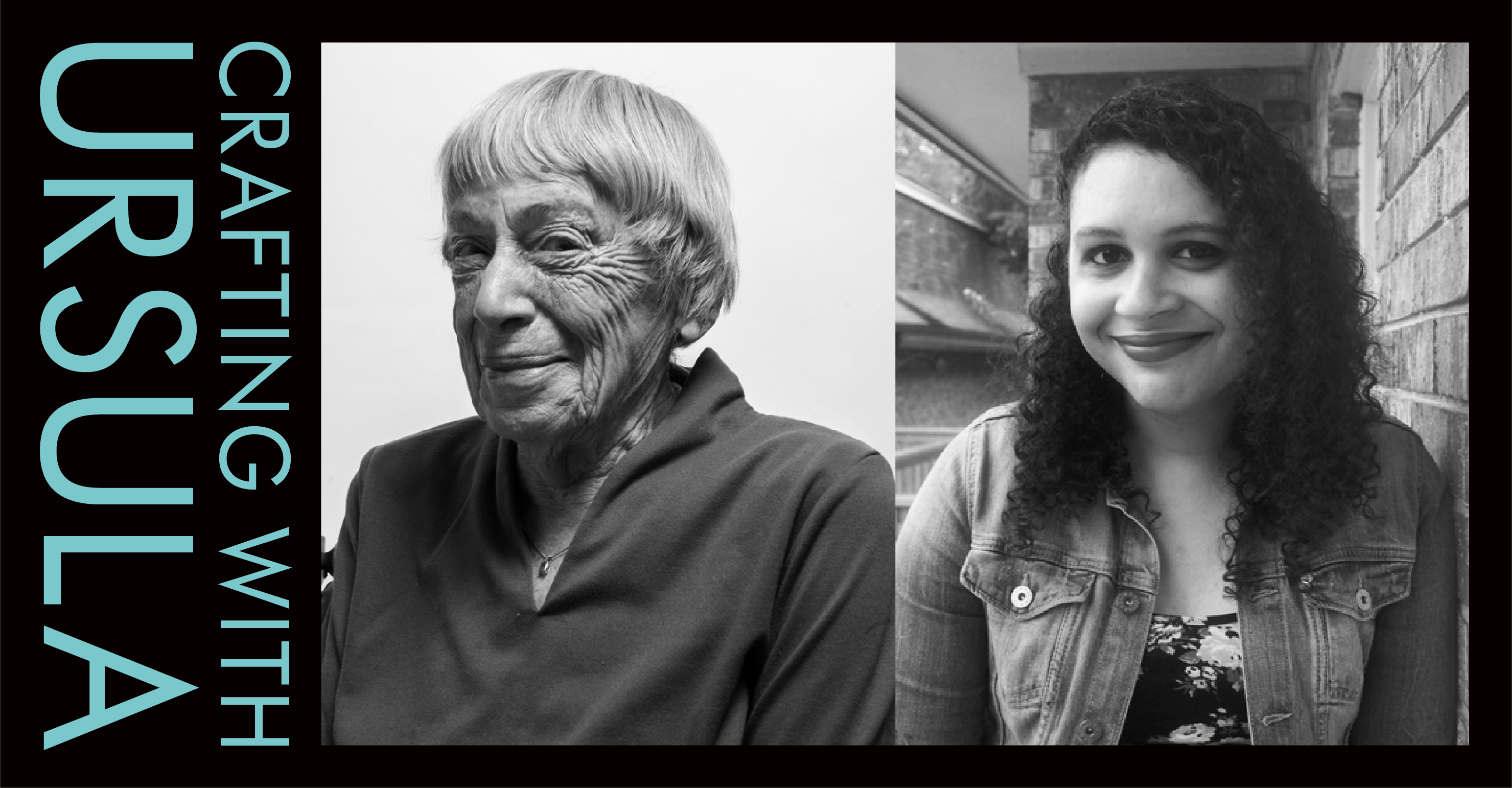 Writer and editor Gabrielle Bellot joins Crafting with Ursula to discuss the power of names and naming across Le Guin’s work. From the very beginning, with Ged in Earthsea, a boy-wizard who is named in three very different ways, names have contained both power and an elusive mysterious quality for Le Guin. The ways names can both honor, connect, and reflect something true, or reduce, dismiss, and cause harm speak to deep questions about both language and identity. These are topics Bellot explores in her own writing, both about others—from Edward Gorey to Neil Gaiman, James Baldwin to J.K. Rowling—as well as about her own identity as a multiracial transgender writer from the Commonwealth of Dominica. We take Le Guin’s interest in class, gender, and race down to the level of the sentence and look at the many different ways she has explored names and naming across novels and stories as a means within language to both address the world and listen to it, to both hear the world and speak a new world into being.

Today’s episode of Crafting with Ursula might be most in conversation with the first episode of the series with Becky Chambers, on creating aliens and alien cultures. For one, we return again to explore the world of The Left Hand of Darkness, but we also return to vital questions, as writers, and simply as people, around the importance of how we describe “the other,” “the stranger,” the person or being who we feel is not like ourselves, and what that description, what the names and words we choose, say about us.

If you enjoy today’s conversation, and Crafting with Ursula more generally, consider joining the community of listener-supporters. You can check out all the many potential benefits of doing so at the show’s Patreon page.  Finally here is the Bookshop for today’s episode.