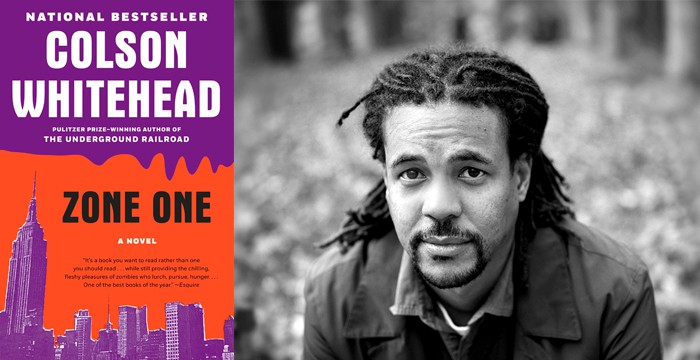 Host David Naimon speaks with award-winning writer Colson Whitehead about his new novel Zone One, described as a “wry take on the post-apocalyptic horror novel.” The world has been devastated by a plague. There are two types of survivors: the uninfected and the infected, the living and the living dead.

Colson Whitehead is the author of the novels The Intuitionist, John Henry Days, Apex Hides the Hurt, and Sag Harbor. He has also written a book of about his hometown, a collection of essays called The Colossus of New York. His work has appeared in the New York Times, Granta, Harper’s, and the New Yorker. A recipient of a Whiting Writers Award, a MacArthur Grant, and a fellowship at the Cullman Center for Scholars and Writers, he lives in New York City.