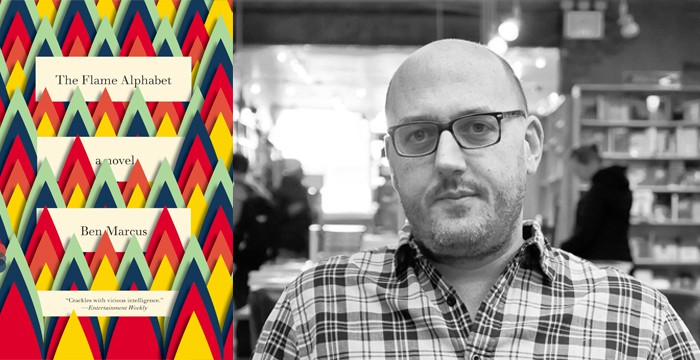 What if the words your children spoke to you actually made you sick? Physically sick. And what if the children themselves relished in this newfound power over their parents? This is the setting of Ben Marcus’ new dystopian novel The Flame Alphabet. Ben Marcus is Chair of Creative Writing at Columbia University and the author of three previous books of fiction.

“Echoes of Ballard’s insanely sane narrators, echoes of Kafka’s terrible gift for metaphor, echoes of David Lynch, William Burroughs, Robert Walser, Bruno Schulz, and Mary Shelley: a world of echoes and re-echoes—I mean our world—out of which the sanely insane genius of Ben Marcus somehow manages to wrest something new and unheard of. And yet as I read The Flame Alphabet, late into the night, feverishly turning the pages, I felt myself, increasingly, in the presence of the classic.”—Michael Chabon