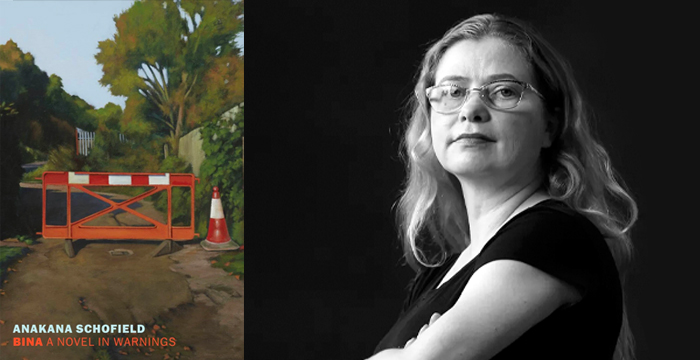 Today’s guest, Irish Canadian writer Anakana Schofield, joins us to talk about her latest novel, Bina, winner of the Kerry Group Irish Novel of the Year. Bina was also shortlisted for the 2020 Goldsmith Prize, awarded to fiction that pushes the boundaries of form (in the spirit of  Walter Benjamin who said “All great works of literature either dissolve a genre or invent one”). We talk about form as content, form as momentum (as a way to move story forward instead of plot), and form that both creates and reveals character. We also talk about Bina the protagonist, about the invisibility of older women, about social class in relation to storytelling, about centering people in one’s writing who have been shunted aside due to age, economic status, or gender. We talk about the declining value of the imagination in North American letters, how writers shouldn’t be asked to verify what is true in their imaginative works, and why women writers are often asked to uncover the “real” and confessional within their novels, far more than their male counterparts. All that said, this conversation begins with a discussion of humor and is full of anecdote, digression, and laughter throughout. I hope you’ll join us.

If you enjoy today’s conversation consider becoming a supporter of Between the Covers. To check out the possible benefits and rewards of doing so (from rare collectibles from writers like Ursula K. Le Guin and Nikky Finney, to becoming a Tin House Early Reader, receiving twelve books over the course of the year months before the general public, to getting resource-rich emails with each episode that point you to further things to explore after the conversation, provide links to things referenced within it, and where David shares the most remarkable finds he used to prepare for it) head over to the Between the Covers Patreon page.