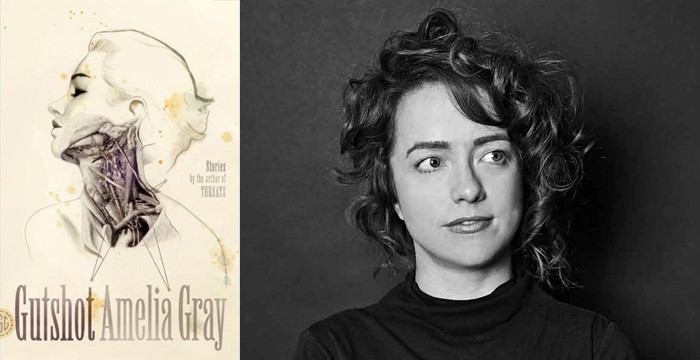 NPR calls Gutshot “a book brimming with blood, sexual deviance, mucus and madness.” The New York Times says “reading Gutshot is a little like being blindfolded and pelted from all sides with fire, Jell-O and the occasional live animal.” And Vice Magazine calls it a book full of bodily fluids and strange sights and smells. That said, Gray’s work is not disturbing for its own sake, but as the Chicago Tribune says “has an unflinching intimacy that is completely and absorbingly her own” and that “if there is one story Gray is telling over and over again, it’s about the embodiedness of language, the blood and guts of books themselves.”