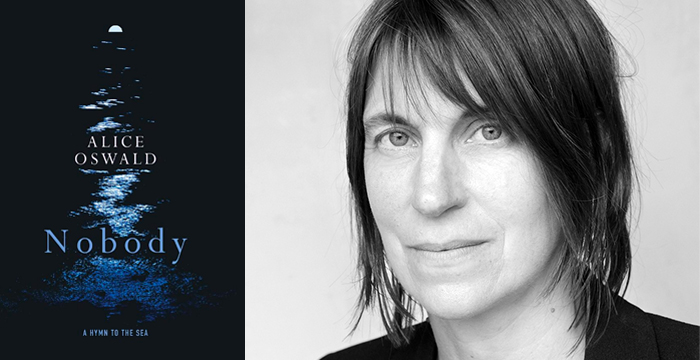 Today’s episode of Between the Covers is a conversation with poet and classicist Alice Oswald. Widely considered one of our great living poets, Oswald is the 46th professor of poetry at the University of Oxford, and the first woman to hold the poetry chair in its over three centuries of existence. Perhaps best known for Memorial, her radical revocalizing of the Iliad, Oswald speaks today of her latest book, Nobody, another engagement with and reimagining of Homer, this time the Odyssey. Originally conceived in collaboration with the abstract watercolorist William Tillyer, Nobody is a book deeply informed by the sea. We talk about Oswald’s lifelong engagement with water in her work, the relationship between water and the mind, the Homeric way of seeing the world, and what makes a poem come alive.

For the bonus audio archive Alice reads two things: 1) a sampling of some of the impossible-to-answer questions asked by God in the Book of Job and 2) a short ballad she wrote called Emerald as another partial response to a question Anne Carson asks her in the main interview. Find out how to subscribe to the bonus audio archive and about the other potential benefits and rewards of becoming a listener-supporter of the show at: Patreon.com/betweenthecovers