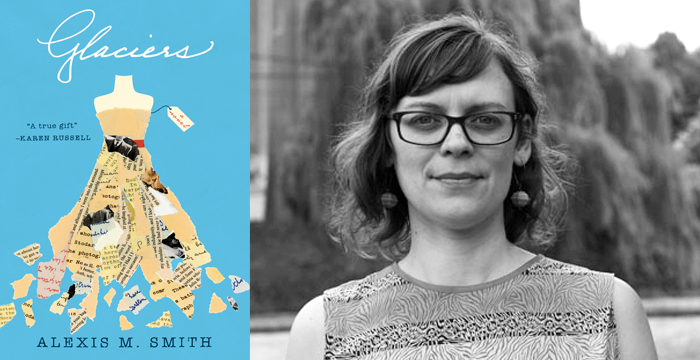 Portland author Alexis Smith talks with host David Naimon about Glaciers, her debut novel from Tin House books. Glaciers follows Isabel through a day in her life, in which work with damaged books in the basement of a library, unrequited love for the former soldier who fixes her computer, and dreams of the perfect vintage dress move over a backdrop of deteriorating urban architecture and the imminent loss of the glaciers she knew as a young girl in Alaska. Glaciers was a Publishers Weekly pick of the week, received its coveted starred review, and was selected by IndieBound.org for the January 2012 Indie Next List.

“An Alaska childhood and dreams of faraway cities such as Amsterdam inform Alexis M. Smith’s Glaciers, a delicate debut novel set in Portland, Oregon—‘a slick fog of a city . . . drenched in itself’—that reveals in short, memory-soaked postcards of prose a day in the life of twentysomething library worker Isabel.”—Lisa Shea, ELLE Magazine