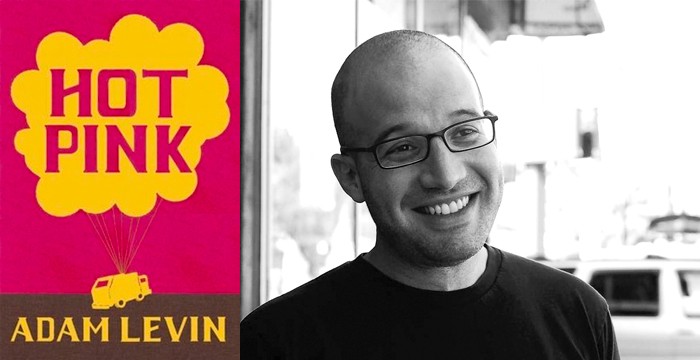 Adam Levin’s debut novel, The Instructions, published by McSweeney’s in 2010, arrived with a lot of buzz. An inventive, experimental book of over 1000 pages, its protagonist was Gurion ben-Judah Maccabee, a 10-year-old genius from Chicago, who may or may not be the Jewish Messiah. Levin’s short stories have appeared in Tin House, McSweeney’s, and Esquire. He was the winner of the New York Public Library’s Young Lions Award and the 2004 Joyce Carol Oates Fiction Prize, among others. He lives in Chicago, where he teaches Creative Writing at the School of the Art Institute and talks today, with host David Naimon, about his much-anticipated follow-up to The Instructions, his short story collection Hot Pink.

“From walls that ooze unnameable, unidentifiable gel, through makers of children’s dolls designed to mimic the stages of digestive health, to old widowers in retirement looking back over their marriages, Levin manages to find the pathos and humor in living an ‘ordinary’ existence. Enter his world if you dare!”—The Jewish Times