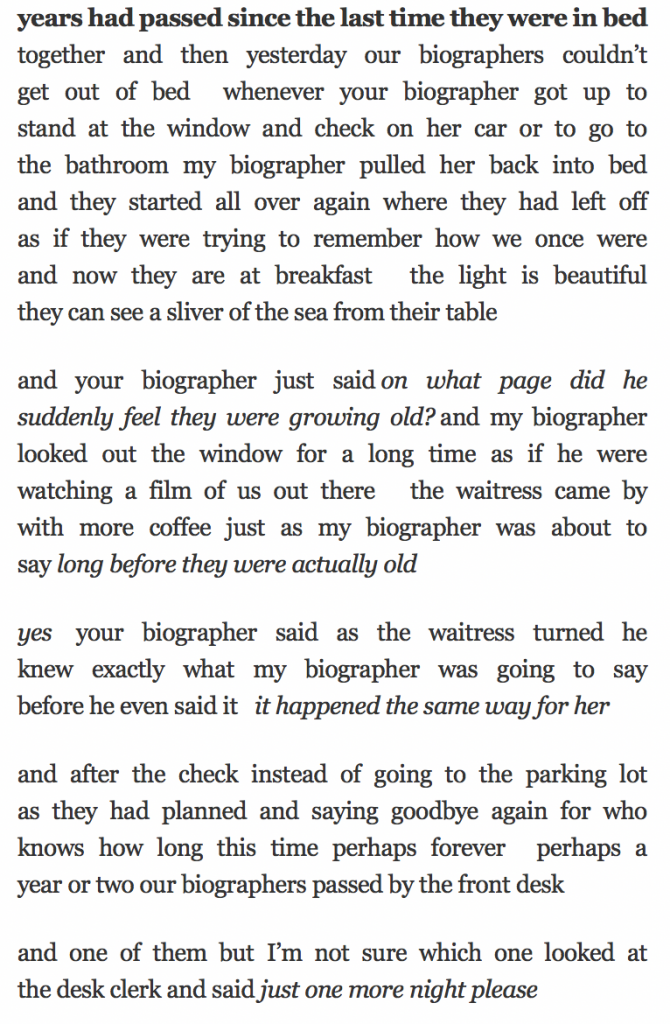 Denver Butson is the author of four books of poetry, most recently the sum of uncountable things(Deadly Chaps Press, 2015). His poems have appeared in dozens of journals, including zyzzyva, Yale Review, Caliban, Nuovi Argomenti, and Field, and in anthologies edited by Billy Collins, Garrison Keillor, and Agha Shahid Ali. He lives in Brooklyn, New York with his actress/activist wife and their daughter, and where he frequently collaborates with musicians and visual and performing artists.

The Night of the Fire
Maggie Millner

Party To A Rite
Katherine Gibbel