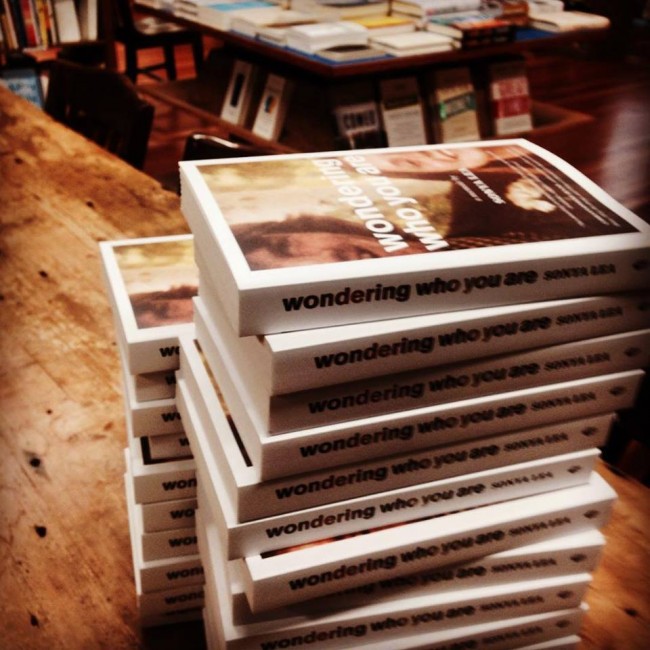 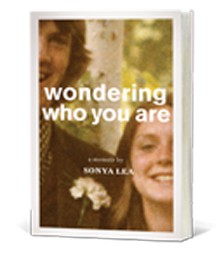 Karen Maeda Allman: The story that you tell in your memoir, Wondering Who You Are, raises some questions about personhood and about identity. What do you think makes us who we are as people?

Sonya Lea: Identity is almost always on our minds because we had a rather shocking experience. (After an incident related to his treatment for cancer), my husband, Richard’s, core historical narrative disappeared both in the short term and in the long term, which is rare. It also disappeared in his sexual history, which is even more rare. Sometimes we talk about what happened to Richard as a “personality change” and sometimes we say “loss of personality.” I’m not sure that his personality got rebuilt as much as that he learned how to get along in the world. He learned all the little tricks that we do for holding story and for being in relationship but what it feels like to me is that he had his personality neutralized to the extent that his identity went missing.

As a result of his long term memory loss, Richard was retold stories over and over and over again & he was given mix tapes and he did interviews with people. There were all of these ways he went about trying to reconstruct who he was as this person. He looked at photographs and he looked at films.

And so it was everything to us to have that personality disappear entirely and then to sit questioning what is it that comes back. Who is that who comes back? And some years after Richard had the experience, I could also question what this experience has made of me.

KMA: I know that some people have called your story subversive. Why do you think that is?

SL: When you’re in the caregiver role, you’re given only two options. You can stay and be the long-suffering partner or you can leave. You can’t really go in and say, “I’d like to have a wild adventure. Can we figure out how to do this together?”

Compared to who I was before, which was a much more fearful, reticent woman who was more careful about perception…not more than an ordinary Southerner, where you grow up knowing what your place is, knowing not to talk back, knowing what the rules are. And there’s a lot to be said for that but I certainly didn’t find any liberation from any of those things. With Richard being in this ongoing present state…if you have no ties to the past, you also lose your projection of the future. So you’re living in a real good strong present moment and when I watched him show up that way, over and over again…still a lot of generosity, still a lot of love…still a lot of ability to relate. Though this book is much more about the anger and the grief and the sadness over losing that, at this side of it, I can say that I have an extraordinary acceptance of what life is. 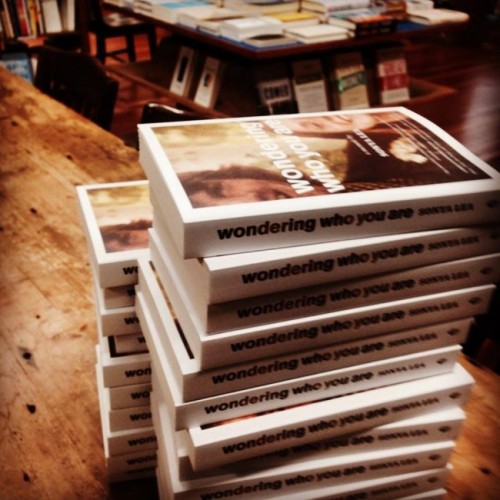 KMA: You are one of a cadre of (primarily heterosexual) women now publishing work that speaks more frankly about sex and intimacy. Do you think things are opening up a little bit? Are you part of that opening process?

SL: Oh I hope so, but also I have mentors. People who I admire for the way that they are writing about this include Maggie Nelson, in The Argonauts andLidia Yuknavitch in Chronology of Water. One of the fantastic essays that influenced me was Cheryl Strayed’s “The Love of My Life” (published in The Sun).

I think it comes about from writing honestly about the body. If you are writing about body experiences, how can you deny the sexual aspects of it, particularly in an intimate relationship? It’s like cutting out something that is usually central to the expression of the whole relationship.

This kind of false propriety broke down with feminism but hadn’t really broken its way into a lot of (women’s) memoir or personal essay traditions. I think this is the time of women being honest in essays. I haven’t lived through a time like this.

At the beginning when I was trying to find an agent, I had a number of rejections from people who looked at the manuscript and said it was too honest and too intimate. And I remember reading these rejection letters with other people, including Priscilla Long, who’s another mentor. I understand that they want you to contain this story within a certain type of narrative…

SL: Right and I actually got told, “I don’t think the sex is going to sell to the Midwest.” What would I have to do? Fictionalize this? It’s not this fantasy of what sex and intimacy is, it’s an actual woman’s life. To me that’s more exciting and interesting. It was tough for a while but I did find a good agent.

KMA: And you’ve told me that the decision to bring in the pre-illness relationship was your agent’s. I appreciated the opportunity to get a sense of who both of you were and where you were starting the journey.

SL: I also had it written in a little bit more collage style and there was just no way that this was going to work for agents so I wrote it more into a straight narrative and then when Tin House decided to do it, editor Tony Perez came to me and asked if I could do it more non-chronological. And I was so excited as I’ve always loved it in that form. I was the only one holding the story at that point and (the form) really emphasizes going back to the past (and demonstrates) what it’s like to reflect on a life and to hold on to memory… in a strident way. To try to keep it alive for both of us.

KMA: Part of the story you tell is of your recovery from alcoholism earlier in your marriage. Why did you include that?

SL: It would have been dishonest not to include it. It had such an impact on Richard. Richard had four alcoholic stepfathers. It had such an impact on how we related to each other and how our relationship was formed in those early years. It was that and telling the economic story that were the two hardest things to come clean about. Because we don’t talk about that. But I had read other stories where it just seemed like the person wasn’t all in. I’ve very much with Megan Daum with that. She doesn’t have any problem talking about candor and its relationship with truth telling. I don’t think that everyone has to tell everything but to leave that in my story felt completely pivotal to me because our marriage transformed several times. And I think it was the resilience when it transformed to a recovered relationship that gave us the ability to walk into cancer after that.

My interest is in helping people liberate their own stories and talking about ideas but not in assuming I have answers for anyone beyond my experience. My life may be helpful, but I have no self-improvement program. I think that I can’t have that experience that I had which is such an erosion of identity, along with a completely different understanding of personal will and what that is and then go out and pursue more of the same as a path towards success.

KMA: Would you tell us a bit about your work with writers in the Red Badge Project?

SL: Warren Etheridge, who is with Red Badge and also teaches in the film school, is one of my early readers and after reading my work, he knew that I had a remarkable capacity to be vulnerable in front of other people fast. And what they were discovering at Red Badge was that storytelling work in mixed groups didn’t work for women who had military sexual trauma. So they approached me and asked if I would be willing to develop a pilot project for them. So I just looked around and I couldn’t find anything like this being done in the military. I researched and did some work with people working with mixed groups or all male groups but I could not find anybody (else). So I just created it with a sense of what I thought would work with women soldiers and veterans, which involved studying women’s voices.

That is the key because most of us grew up with the idea of the masculine tropes and the typical masculine arc, the Joseph Campbell “Heroes Journey” and so that’s what the women in my group thought was story when they came in. I brought in Yuknavitch’s Chronology of Water and they saw those words: “retinal flashes.” Her life comes in retinal flashes and you saw the epiphany go around the room. Wait a minute. That’s what I see with PTS. This is what happens for me. They say, “you mean we can write a story this way?” They see creativity, self-expression and just good storytelling.

KMA: Given the stories that you’re reading with them, I can see that you’re also thinking about artistry as well.

SL: It’s about craft, it’s about form and it’s about how stories can be told. Can they be told from the body? And the women in Red Badge have the same questions that all of us have. What happens if your family finds out? What are the consequences? And it helps that someone has put a book out. They find out that people are surviving doing this. Thriving doing this.

KMA: What have the women taught you?

SL: That what the military calls “military sexual trauma” is rape. And their lives are threatened. It’s not just the assault but also what happens afterward, both in the military and in the world. And if I had any doubts about my ability to tell my story, being able to be vulnerable with this group of people certainly deals with that. There’s nothing like it.

Karen Maeda Allman has worked as a bookseller for over twenty-five years and has co-directed the author events series at Seattle’s Elliott Bay Book Company since 1999.

Sonya Lea’s essays and interviews have appeared in Salon, the Southern Review, Brevity, Cold Mountain Review, Tricycle, the Prentice Hall College Reader, and the Seattle Post-Intelligencer, and excerpts from Wondering Who You Are have received an Artist Trust Award. Lea teaches writing at Hugo House in Seattle, and she’s leading a pilot project to teach writing to women veterans through Tom Skerrit’s Red Badge Project. She recently directed her first short film, Every Beautiful Thing, which will play in festivals in spring 2015. Originally from Kentucky, she currently lives in Seattle, Washington.

Story About the Story: An Interview with Fred Setterberg

This is Between Us: An Interview with Kevin Sampsell