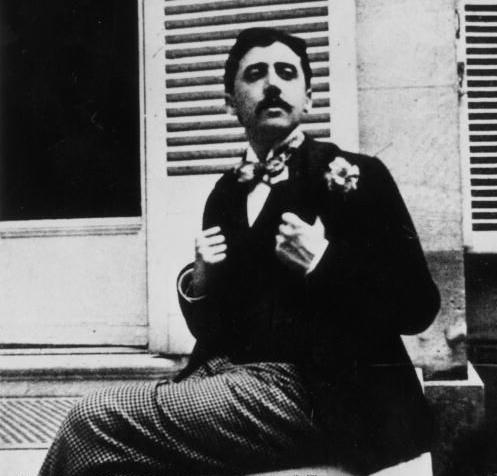 There is an undeniable connection between food and memory. One taste of a familiar, yet long forgotten food can transport you back in time to places that no longer exist. In Swann’s Way, a simple madeleine serves as a bridge to the past. As the narrator struggles to catch hold of the memory that begins to form when the tea-soaked cookie hits his tongue, I couldn’t help but reminisce about my own experiences with the petite shell-shaped sponge cake.

My mom has always been filled with big ideas when it came to baking. An avid collector of recipes and gadgets, she seemed prepared to embark on whatever culinary journey she desired. But when it came time to try a new recipe, she found herself caught on the cusp, overwhelmed with fear that her creation might be a flop. This fear is rooted in real experience: she once doubled the ingredients of an angel food cake. It rose out of the tall cake pan, growing like a creature in a horror film. Not only were the ingredients wasted, but there was no cake for dessert, and she was left to clean the charred batter from the sides and bottom of the oven.

About twenty years ago, she ordered a madeleine pan from a catalog, raving about the madeleines that her mother used to bake. My grandmother at first followed a Julia Child recipe, but then branched out to other varieties: chocolate dipped, orange flavored, and a traditional vanilla. When the pan arrived, my mother was delighted. As a child, I was excited by the scallop shape, tracing my fingers along the grooves. But as quickly as my mother had talked herself into splurging on the pan, she talked herself out of actually making the cookies. “All those grooves could be a problem,” she worried. “They might burn and stick. Besides, I’m not even sure about this recipe…” And with that, the pan languished on the shelf for another ten years. Soon it was 2003, and I suppose I tried to talk her into giving the madeleines another try. I have no memory of it, but the thick stack of recipes printed from the internet, all with the dates and long URLs, indicate that in the early aughts, she seemed ready to tackle the madeleine. 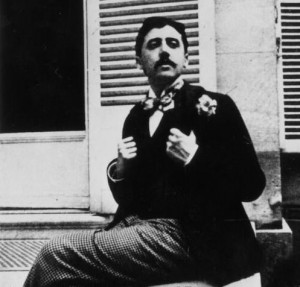 But it was not meant to be, and the pan continued to sit unused, still in its plastic sheath and now bundled with yellowed recipes, for another ten years.

Upon reading Proust, and his powerful description of the madeleine as a device of memory acquisition, I realized that I was the sole shot that this pan had for ever being used. When I called my mother to ask about the whereabouts of the mythical madeleine pan, she hemmed and hawed, claiming that she might never be able to find it. But it was actually in plain sight, resting upon the cookie sheets that she used quite often. For years, she had moved the madeleine pan every time she reached for a cookie sheet, but had no memory of even seeing or touching it.

Armed with the pan and a stack of ten-year-old recipes, I decided to harken back to my grandmother, and used Julia Child’s traditional recipe. It was probably the very recipe that my grandmother followed, though now shining from an iPhone screen, rather than in a worn and splattered cookbook.

Both my mother and grandmother were meticulous in their baking techniques, measuring carefully and then rechecking for accuracy. I did not inherit that patience. While they both taught me the value and importance of sifting, I always figured that a big fluffy stir or a shake of a bowl would serve the same purpose. I think that we are all half right in that regard.

My most vivid memories of my grandmother come out of the kitchen. When she was baking, I would always ask to help, but she was far too much of a perfectionist to let a grubby kid ruin her work. So I would set off with a “really important job” of placing the walnut on each oatmeal raisin cookie, and she would press them down when my back was turned, never trusting that I would get it right. I would watch her measure baking powder, scraping her orange measuring spoon against the metal lid; it would level down like wet sand. For all other measurements, she would drag a butter knife over the top, crouching down to make herself eye level to the table. My mother inherited many of the same quirks and techniques, though she would do them all wearing a half apron that would still be perfectly clean when the oven timer dinged.

While they were fit to work in a hospital lab, I take the mad scientist approach. When I bake, there will always be sugar on the floor and flour in my hair. Despite our differences, I think of both of them every time I begin a recipe: my grandmother telling me the importance of laying out all of the ingredients before starting, and my mother rolling out dough to an impossible thinness.

While Proust mused on the memory of smells and tastes, there is also memory in action. At the moments when I do feel like precision is key, and I scrape my own measuring spoon against the metal top of the baking powder, I am linked to the women who came before me and the food that they made. In the end, my attempt at madeleines was successful, and was actually fairly simple. And those grooves, the ones that had eluded my mother for twenty years, were no trouble at all.

Ideally, you should bring the ingredients to room temperature before mixing. I didn’t, and it turned out just fine.

Combine flour and sugar in a mixing bowl and add three quarters of the eggs. Beat with a wooden spoon to blend into a heavy cream. Set aside for 10 minutes.

Meanwhile, bring all of the butter to a boil until it begins to brown very lightly. Set aside 1 1/2 tablespoons of the melted butter.

Paint the madeleine cups with a light coating of the butter and dust with flour. Wipe up any pools that form in the bottom. Set aside or refrigerate.

Preheat the oven to 375°. Drop a rounded tablespoonful of batter into each madeleine cup. Do not spread the batter to fill the mold. Set pans on the middle rack and bake for about 15 minutes.  The batter will spread on its own to fill the cups and a hump will gradually form in the middle.  Remove onto a rack, humped side up.

Notes on the recipe: I decided to be authentic and mixed the batter with a wooden spoon. You could probably use a mixer, but the repetitive motion of the wooden spoon hitting the sides of the bowl, combined with the smell of butter, eggs, and sugar, evoked many memories from kitchens past.

Jennifer Ray Morell is an MFA candidate in fiction at The New School. Her work has appeared on The Ruckus, Sundog Lit, and xoJane. She lives in Queens, New York. Find her on Twitter at @heyjenray