The epigraph of Lisa Shea’s celebrated, but now neglected, first and only novel is from a Jorie Graham poem: “Nothing will catch you. / Nothing will let you go.”

It’s the perfect introduction to the slim volume that follows. “Nothing will catch you”: Is that comfort or torment? “Nothing will let you go”: Is that to be celebrated or lamented? A source of solace or fear? Hula concerns itself with two sisters in Virginia. The younger one describes the summers of 1964 and ’65 with her older sister, her largely absent mother, her tormented father. Most of the novel takes place in the family’s backyard, where the boundaries between the civilized and the wild, the desired and the feared, the real and the imagined are never clear. It’s the kind of book that reminds us—in a stunningly economical 155 pages—of the unknown’s emotional possibilities for children even as it depicts its often terrible consequences.

I didn’t read Hula until shortly after it came out in 1994, when I was nearly thirty, but it articulated so much of what I had felt, but not known how to say, about the pitfalls and possibilities of childhood.

I am the only child of two pretty odd parents: a Russian Jewish father who veered between narcissism and more extreme narcissism, and a Chinese mother whose prime parenting strategy seemed to be to teach her daughter not to need a mother. Though they divorced when I was three, our family’s world felt hermetically sealed and inevitable. Until I came to understand how other families worked, I didn’t know that most five-year-olds growing up in Manhattan did not take public transportation to school by themselves. I didn’t know that most fathers did not routinely tell their daughters’ friends, or waitresses, or passing strangers about the sexual abuse he had experienced as a child growing up in an orphanage. “You think you’ve suffered?” he would say before reminding me, yet again, of what had been done to him. I didn’t know that most mothers did not buy their daughters a child-sized set of CorningWare to indicate that cooking meals for herself was now the child’s responsibility. And yet, so much of their strangeness offered possibilities, and was loving: they also created a world filled with love and opportunity, extraordinary experiences, and many, many books.

Most of the books I read then were about obstacles overcome or not: triumph or tragedy. Hula is all about both, ambiguity, simultaneous conflicting feelings, and that’s what childhood had felt like to me. What a gift it would’ve been to have had that mirrored in words. By another child. 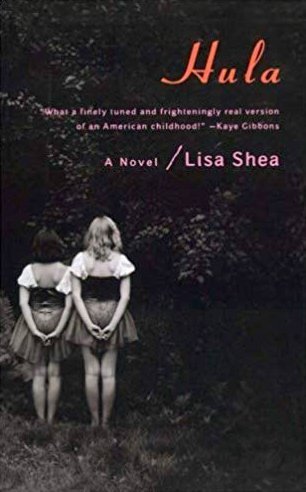 One of the challenges of writing from a child’s point of view is the problem of rendering the variety and depths of a child’s emotional understanding despite the limitations of her descriptive abilities. Hula’s unnamed narrator offers us almost no introspection at all. In its place, she gives us what children can: sharp and evocative perceptions stripped of everything nonessential, filled with a nonjudgmental immediacy about the mysterious and scary and enchanting world. She does not, cannot, tell us what all these perceptions mean. That’s up to us, her only audience. We’re the ones responsible for the most sustained attention she receives.

The book at first seems structured straightforwardly: there are chapter titles, sectioned titles within those chapters, dates, a prologue, and an epilogue. But in terms of the content within that frame of structural order, disorder reigns, producing in the reader a version of the tension the narrator herself is feeling. I remember that tension so clearly from my own childhood: This looks safe and ordered; why doesn’t it feel safe and ordered?

A lot of the disorder derives from the book’s insistence that there are no clear categories of good and bad. Obviously, the sisters are in many ways at the whim of their parents’ moods and desires, so they are each other’s solace in a world controlled by grown-ups, but they’re also contributing to the dangers of their world. Their desires are often in conflict, and they often make things worse for each other and for their parents. A young child, willing and able to manipulate her world? That was a narrator I could identify with.

It’s a book that lays out in clear ways why, despite its obvious potential pitfalls, so many writers return to childhood in their work. Why so many writers find childhood a strange and mysterious place. Its ambiguity is always a useful place for literature to settle itself: a place of lush imagination and stark fears. Where the strange becomes the everyday, and the routine oddly disorienting.

The writer Steven Millhauser has said, “I want fiction to exhilarate me, to unbind my eyes, to murder and resurrect me, to harm me in some fruitful way.”

Karen Shepard is the author of four novels, most recently The Celestials, and one story collection, Kiss Me Someone. She teaches at Williams College.