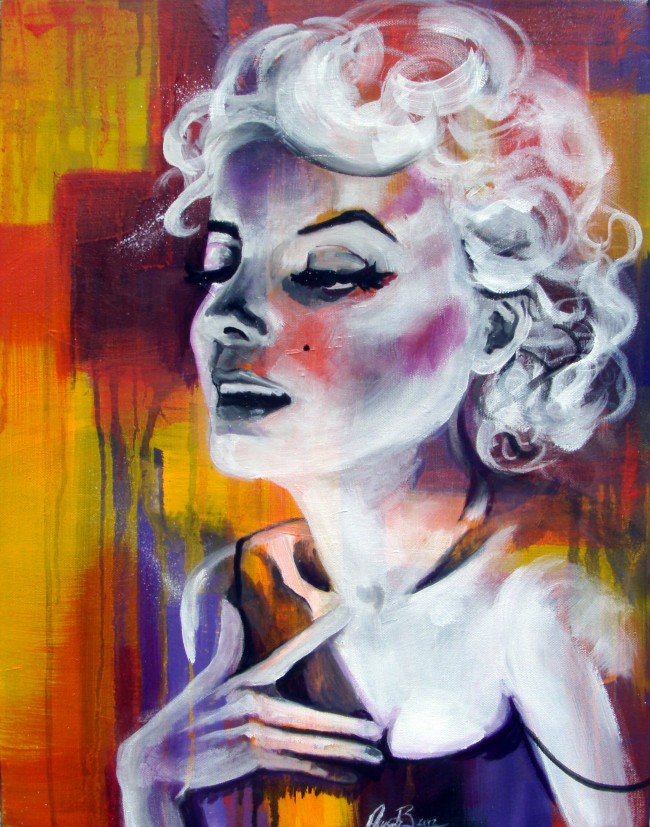 Adam Braver’s newest novel, Misfit, hit shelves this month. The novel centers on the last weekend of Marilyn Monroe’s life, which she spent at Frank Sinatra’s resort, the Cal Neva Lodge, in Lake Tahoe –a resort that played a part in Braver’s childhood. 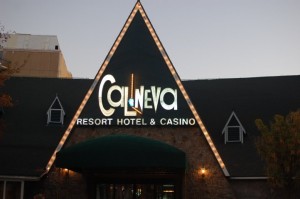 Growing up in Northern California in the 1970s, I regularly went to Lake Tahoe with my grandparents. I still have vivid memories of being in the backseat as the station wagon (that’s right, a green station wagon with faux-wood panels) made its way down Highway 28, when off to the right the tall Cal Neva sign would appear, already looking oddly nostalgic, marking a longish driveway that tailed away from the road down toward the lake, where, if you were lucky, and the car was driving slowly enough, you could catch a glimpse of the brown A-frame entrance at the bottom. As a kid, the excitement of spotting the Cal Neva was that it was the announcement that we were about to cross the state line. Although I now live in New England, where I often cross borders just to go grocery shopping, growing up in the vast state of California made crossing a state boundary an event—as though we were going into another country. For reasons now lost to time, it was a thing for me, and I always nagged my grandfather to stop the car at the Cal Neva. If I were lucky enough to have a friend or other relatives in the car, I’d enlist their help. I wanted to walk across the border, not just whoosh through it in a car. I wanted ceremony, perhaps even a sense that there might be danger with that one little footstep of going into another state. But no matter how persistent my ritual pleading was, my grandfather would never stop the car. And while some of his refusal was based on just wanting to reach our destination, he also made it very clear that he would never go to the Cal Neva. I didn’t know quite what he meant by that, and I don’t remember asking, but I did know that my grandfather was the pinnacle of principle, and that I would have to take his word that there was a greater reason for why we would never stop there. Never.

Here’s what I didn’t know then: Although the Cal Neva Lodge was built in 1926, and was a magnet for the elite, and gained even more prominence when gambling was introduced in 1928, it was the period between 1960 and 1963 that was the signature era for our modern generation. That was the era when Frank Sinatra bought the lodge, had it remodeled to include a theater called the Celebrity Showroom, built a warren of secret underground tunnels, and made it the destination point for his show-business gang, where they would preform, drink, and hang out. Members of the Rat Pack. Marilyn Monroe. The Kennedy family. They all visited as Sinatra’s special guests, staying in the individual cabins that overlooked the lake, just behind the main lodge.

Various FBI files characterize Sinatra as having a “hoodlum complex,” that he would “give up his show business prominence to be a hoodlum himself if he had the courage to do so.” If that’s true, then it makes some degree of sense why Sinatra got himself so attached to Sam Giancana, the notorious Chicago crime boss, whose occupation, at least defined by the FBI, was “no known legitimate employment.” It’s a matter of perspective or interpretation whether Giancana actually was the force behind running the Cal Neva. What is clear is that because Sinatra owned nine percent of the Sands Hotel in Las Vegas, he already had the required Nevada State gambling license necessary to buy the Cal Neva from Joe Kennedy’s friend Wingy Grober. Giancana is said to have worked out a 1.75 million dollar loan for Sinatra to rehabilitate and refurbish the Cal Neva. Did that give Giancana a stake in the lodge? He wasn’t listed as one of the five owners (with Sinatra having the majority at 36.6 percent), but Giancana was reputed to be involved enough at the beginning to make Dean Martin and Jimmy Hoffa shy away from partnering with Sinatra. Either way, it all had to be behind the scenes, since Giancana was in Nevada’s “Black Book” (a list of mob figures banned from entering casinos, lest the casino itself lose its gambling license). But maybe because of the hoodlum envy the FBI attributes to him, Sinatra just couldn’t bear to keep Giancana out; in fact, it seems he welcomed him to the Cal Neva, sheltering the mob boss and bathing him in luxury. The need for that connection ultimately ended Sinatra’s ownership of the Cal Neva. The story goes that the local police responded to an anonymous domestic abuse complaint from a neighboring cabin, and when they arrived it was none other than Sam Giancana in a heated fight with his girlfriend, Phyllis McGuire, of the then popular McGuire Sisters. Sinatra had to give up his gambling license, and with dwindling revenue eventually sold the lodge.

My grandfather was one of those people who felt betrayed by Frank Sinatra. He worshipped Sinatra’s voice. My grandfather’s shoulders relaxed when the needle dropped onto the vinyl, and he always declared that the world would likely never see anyone as talented as Sinatra. But between Sinatra’s alleged ties to organized crime and his turning away from the Democratic party, my grandfather’s principles would not allow him to see past how Sinatra conducted his life (although, again, he still never abandoned the old records, almost as though that were a different Frank). And I now realize that my grandfather’s stubbornness about never stopping at the Cal Neva wasn’t just a grudge about long-ago actions; it was an active protest concerning issues at the time—after backing Hubert Humphrey in 1968, in 1971, Sinatra did an about-face and supported Richard Nixon (and even worse, the truly crooked vice president, Spiro Agnew). For my grandfather, that was too much to take. And though Sinatra had been relieved of the Cal Neva for nearly a decade by the times we drove up there, that sign and that lodge remained a symbol. Never. 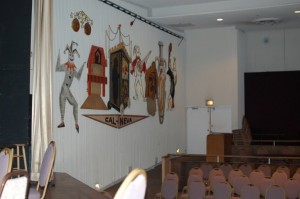 In 2003, while doing research for Misfit, I finally got to go to the Cal Neva Lodge. By that point it had changed hands several times, had had a tower of hotel rooms added on, and, like much of North Lake Tahoe, was fighting to hang on during the recession, as well as the seventy-eight degree highs in November, which meant a disappearing ski season–the one thing local businesses were counting on to bail them out. I was one of only eight guests in the entire hotel. The game room was empty, other than some bored dealers who did their best to look attentive when I passed by. The restaurant vacant. The only consistent sign of life was a videotape of the Rat Pack that looped near the reception desk. Fortunately, I was given an extensive tour by Cynthia Langhof, the Cal Neva’s sales manager, and was able to go through the tunnels, sit at Sinatra’s red velveteen booth at the rear of the Celebrity Room, and tour Marilyn Monroe’s and Frank Sinatra’s cabins. There were few remnants of the past, because, as Cynthia explained, the idea that there might be interest in the Cal Neva’s storied era had only recently been realized; for example, Cynthia said that former owners had thrown Marilyn Monroe’s fabled round bed into the dumpsters when they upgraded the cabin. They saw it for just the old mattress that it was. Spending a couple of days on the grounds very much symbolized the trajectory of history to me, in which the immediate past is seen as passé and sometimes even an embarrassment; but then, often within a matter of decades, we’re stripping off the wallpaper, pulling up the carpets, and scouring the attic in the effort to both romanticize and connect with that bygone era, not to mention understand it.

In the wood-paneled, dear-headed, bear-pelted Indian Room, one of the last vestiges of the original 1920s era of the lodge, the state line is marked with an inlay. Some thirty years later, as I walked across the border, I guess I realized my childhood wish. But I can’t say it was totally fulfilling. Perhaps because I now know that each step has its inherent baggage, and with that baggage comes a whole host of beliefs and expectations and letdowns that cannot help but cloud the original intent of the very act. Everything is spring-loaded. Every step forward comes out of a past. And though this particular spot may not have been part of my never, I do understand that I have my own nevers, and with them, just as with my grandfather’s feeling of betrayal by Sinatra, comes not anger or defiance, but a certain type of sadness and loss.

Adam Braver is the author of five novels, most recently Misfit. His books have been selected for the Barnes and Noble Discover New Writers program, Borders’ Original Voices series, the IndieNext list, and twice for the Book Sense list, as well as having been translated into Italian, Japanese, Portuguese, and French. He is on faculty and writer-in-residence at Roger Williams University in Bristol, RI. In addition to having taught for the University of New Orleans’ Low Residency MFA program, he’s also been a regular writer-in-residence at the New York State Summer Writers Institute.