With titles like The Culture of Lies (1998), Lend Me Your Character (2004), The Ministry of Pain (2006), Karaoke Culture (2011), and Europe in Sepia (2014), Croatian (Yugoslavia-then) born Dubravka Ugresic is arguably our foremost literary authority on lies.  When a friend alerted me that she was in New York for a publicity tour for the release of American Fictionary and a new novel, Fox (both Open Letter Books), I was eager to discuss America’s recent slipping toward authoritarianism with one of Europe’s scathing darlings of anti-nationalist critique. Despite winning the Neustadt International Prize for Literature (“the American Nobel”) in 2016, she remains largely unknown in America outside of pockets of international literature devotees, but her sustained and wry exploration of culture and nationalism (in her words, “the ideology of stupid”) have much to offer an anxious America.

The short “essays” that comprise American Fictionary were written in weekly installments in Croatian for a Dutch newspaper while she was teaching at Wesleyan University in Middletown, Connecticut, during 1991-1992, creating a conspicuous absence from her domovina (homeland) during the years war broke out in Yugoslavia. Previously released in the US in 1995 under the indelicately ironic title Have a Nice Day: From the Balkan War to the American Dream and updated with a few editorial changes, they paint a stark contrast between an unselfconsciously fortunate country (US) and a self-consciously unfortunate country.

I met with Ugresic over dinner in the early evening of October 17, at the Bohemian Spirit restaurant on the Upper East Side, close to where she was staying with a friend, about three weeks after the release of American Fictionary, and just five days before President Donald J. Trump proudly proclaimed himself a nationalist at a rally in Houston.

Ugresic liked the restaurant, commenting with satisfaction about the waitress and the liver pate, “She’s right. It is real,” thus in one small exchange single-handedly betraying the genetic skepticism – a gnawing suspicion that you’re being duped, a gentle paranoia – common to all Eastern Europeans and what she calls out in American Fictionary as that mix of “condescension and cunning.” This genetic skepticism lies at the heart of American Fictionary. 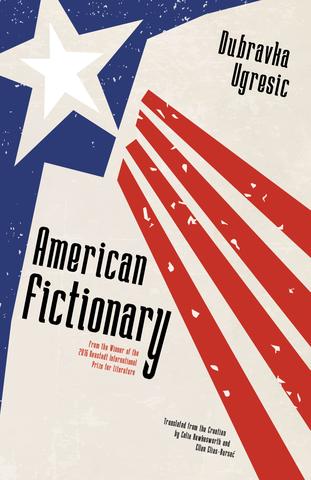 Ugresic left Croatia for Middletown after continued harassment and having been publicly declared a witch, along with several other prominent feminist authors including Slavenka Drakulic (How We Survived Communism and Even Laughed), for decrying the resurgent strain of Croatian nationalism within the independence movement. Croatian atrocities during the second world war are widely described as having trumped Nazi torture both in creativity and zeal. Ugresic explained that “Yugoslavia was an emancipatory project for everybody. … People were happy to forget all those crimes done during the second world war.” But history, as Yugoslavia has shown, is difficult to bury and Ugresic decided not to return.

“At the moment when I wrote American Fictionary, I was sort of angry, but I was angry because of that war in Yugoslavia. And that anger and sadness sometimes simply isparava se iz teksta (exudes from the text like vapor),” she told me. Indeed, when Have a Nice Day came out in the mid-90s, these essays were received defensively by American reviewers who lacked the requisite appreciation for the Yugo cynicism gene, and perhaps more importantly, were unable to understand that its anger cannot be separated from its sadness; it is, in fact, a function of it.

At the same time, Ugresic herself seems to have gained something from the criticism. This version contains edits to parts that she now considers “too harsh.” And a section questioning William Styron’s depression has been removed for “moral, ethical reasons.” Of that section, she stated at a reading where I served as her interlocutor, “This was not nice.” America’s own nervous system has become sensitized to the possibility that indelible institutions can be eroded. And it is within this reality that her comment, “Let us hope that this time people will read it differently,” seems possible.

But what of the responsibility of the unselfconsciously fortunate to lean into an uncomfortable experience for the sake of exploring someone else’s reality? American Fictionary – with its unannounced leaps between fact, limbo and fiction; point-of-view shuffling; and whimsical genre-fucking – offers, for those who are interested, a simulation of what it might feel like to have your country disappear, your identity wiped out, your passport defunct, your street name changed, your language no longer exists.

In “Homeland,” one of the strongest “essays” in the collection, a chorus of exiled Former Yugoslav characters haplessly sit around in a New York apartment. Through repetition, the group perspective grounds us as we navigate a mercilessly shifting landscape, coordinates erased. Their refrains move the piece forward like a dirge: 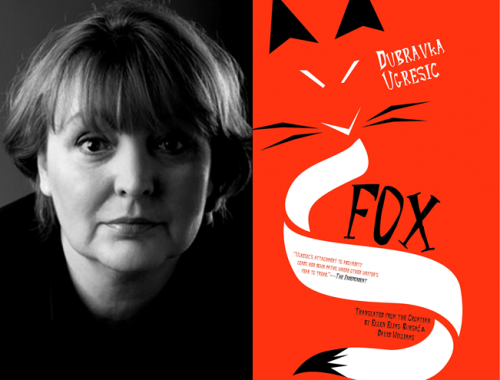 Often after a critical rant where Ugresic is deconstructing some unimportant America idiosyncrasy – the organizer, manual, shrink, addict, couch potato, Coca-Cola, bagel (each of which is a chapter name) – she delivers a reflection on Yugoslavia and its original sin: Who is to blame? Thus the skeptical current of the book flows both ways; the skepticism at America may be laced with anger, but the skepticism aimed at herself and Yugoslavs, the one drenched in sadness, is mortal: “I don’t care whether I, myself, am perpetuating the stereotypes about the Balkans and the ‘Balkan curse.’ My guilt is negligible. The tale of ‘Balkan doom’ is being earnestly inflated by the local murderers and butchers, not the writers. What worries me, however, is something else. I am aghast at the thought that my momentary scornful arrogance might be of the same ilk as the malevolence with which my agile compatriots are destroying their country.”

And so, of course, as long as the distrust is aimed both out as well as in, as in Ugresic’s case, there is reflection, reason, thought, and therefore resilience in pain. As she told me, “There is some progression from that [starting] nervous position [in American Fictionary]. It goes more and more into this sort of relaxation and love.” She offers the newly added post scriptum, she says, as “a voice of reason.”

This descent into nationalism, I asked her, could it happen here, under the guidance of our newly self-minted nationalist leader, @realDonaldTrump? “It can’t,” she told me. “In Europe, history is longer. So they have this territoriality which Americans do not have. Somewhere in your genes, it is imprinted that it is not yours, that you are a guest here like everybody else. And then there is a history of protest. Americans are not submissive people, they know how to demonstrate. [She laughs.] So I am positive.”

As we wrapped up, she told me she was working on a piece about the Yugoslav Brutalist Architecture exhibit at the MoMA and just finished a book of essays entitled, The Age of Skin. I had begun the interview by asking this Yugoslav-born, Croatian national, Bosnian-Croatian-Serbian-speaking, Dutch resident, where she felt the best. “Everywhere,” she said. “Home isn’t home anymore.” When I asked her how she planned to spend her remaining few weeks in New York, she replied, “I will just walk around. I will come and drink coffee or I will go to Central Park, or I will go to some parts of Manhattan I have never seen before. I would like to see theater. And then I will meet people. It’s easy for me. Because I am a guest. I am a privileged guest at someone’s house.”

Dubravka Ugresic is the author of seven works of fiction, and six essay collections, including the NBCC award finalist, Karaoke Culture. Exiled from Croatia, she currently lives in the Netherlands.

Nina Herzog is a Croatian-born writer with an MFA in Writing from Sarah Lawrence College. She was the coeditor of Global City Review’s International Issue and has contributed writings on and interviews with former-Yugoslav writers to Words without Borders since 2010.  Her fiction and nonfiction have appeared in various journals and she has received awards from the Saltonstall Foundation for the Arts, Millay Colony, Anderson Center and others.

Driving a Truck North Through a Novella by Christina Stead