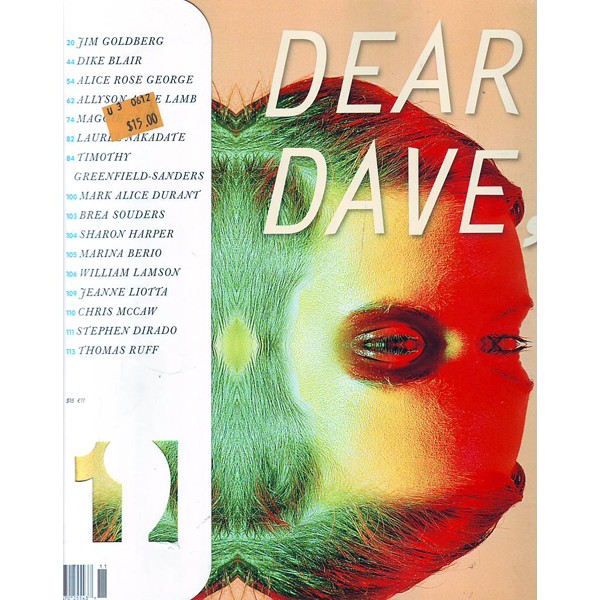 New union organizers used to get a book called Axioms for Organizers by Fred Ross Sr. My favorite axiom was “All organizers are social arsonists. You have to be to set the hearts and minds of the workers on fire.”

AM Homes is a social arsonist. She sets the hearts and minds of her readers on fire. Her work is funny and absurd and bordering on whimsy while consistently risking the dark. Homes gets my attention; I read with a pencil in my hand. Here is something I underlined when reading her latest novel, May We Be Forgiven:

And while they numbly perch, they compose letters to the Dean; one complained that he was being asked to write in class, another calculated the cost per session of each of the twenty-two sessions in the semester and made a list of things he could have bought for the same or less money. 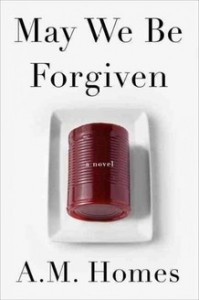 So much of this novel is funny. In the way that funny can be deep and balance out freakiness. This is a satirical novel about redemption and intimacy amongst what initially appears to be a typical American family. Our narrator, Harold Silver, is a Nixon scholar who was thrown out by his wife, has an affair with his sister-in-law, and then is left to care for his niece and nephew while his brother George winds up in a psychiatric unit after murdering his wife. This is only the beginning.

It’s hard to believe she wrote a portion of May We Be Forgiven less than ten miles from my home (which is very close by L.A. standards) at the dreamy Chateau Marmont.

What better description than the one AM Homes wrote herself for the website:

And when the dusk of evening settles, put on some smoky jazz and get lost-sink into the aphrodisiac of the deep couches, take your paramour on an elevator ride—at night everyone comes to Chateau Marmont—this is the pageant and parade that evening brings, they come for the martini, for the sex appeal, to make the deal—naughty or nice, everyone is your darling. And after hours— there is Bar Marmont— an outpost for the foreign correspondent you’ve become—all hotel guests are insiders—there is no velvet rope here. You are on liberty, sabbatical, furlough from your familiar life, you feel the heat, the sweat, the late night lust that is LA. This is the place you can most be yourself and it is the only grand hotel you can call home.

I’ve ridden past that castle many times wondering about the lives of the people inside. As far back as I can remember I’ve tried to imagine the interior life of others. What does this life feel like? I think this started because I was adopted. Similarly, AM Homes was adopted and she writes about it in her memoir The Mistresses’ Daughter.

Melissa Chadburn: Do you think being adopted helped you develop a greater sense of empathy? If so, do you think this empathy enhanced your ability to write from a male perspective?

A.M. Homes: More than being adopted I think it’s just having outsider status. My quest for identity; being perpetually on the outside gives you a greater perspective and allows you to experience things differently.

John Goodman said all writers need a chip on their shoulder. I think I have a whole bag of potato chips on my shoulder. Being on a quest to find an identity gave me an ability to try on the difficult and more comfortable when things are up in the air.

In terms of writing from the male perspective, historically it seems men are known for writing the big American novel while women write smaller domestic books. I am proud in that this novel accomplishes both. This is simultaneously a domestic book about family and a big book about being American.

Also I am comfortable in writing in a male voice and like it a lot. I have a lot of male friends. In fact the joke at my thirtieth birthday was that it was eighteen men and one woman.

MC: The first time I heard about you, my workshop instructor handed me Do Not Disturb. Printed across the top was the name A.M. Homes. I thought, Great another male writer I adore. Along with your amazing tenacity to write from the male perspective I think what draws me to your work is its complete unflinchingness.

AMH: It’s interesting how those initials have meaning beyond what they meant to me.

Yes, I’m influenced by a lot of male writers, Cheever, Heller, Carver. I hadn’t read Norman Mailer before. I heard about women walking out on him when he spoke at the PEN Congress. I heard he hates women. So I hadn’t read him. I recently read his work and thought, wow he’s a great writer.

MC: May We Be Forgiven is a story of two brothers, George and Harry Silver. You’ve been exploring the relationship between siblings since your last novel, This Book Will Save Your Life, and then again in “Brother on Sunday,” a short story you wrote for the painter Eric Fischl and published in The New Yorker in 2009.

Do you have any siblings? 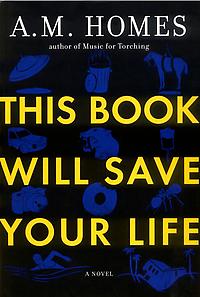 AMH: Two brothers. One alive and one dead.

AMH: Really? How old were they?

AMH: I think that’s part of my influence. I never tried to pretend to be a man. I always have my picture in my novels.

When I was in D.C. I used to sing punk songs every afternoon as a kid. The East German Ambassador lived behind us. One day he asked, “Who is that black man singing punk rock? When he found out it was me he was shocked. Amy Homes?

MC: One of the most notable factors in this particular novel is the pacing. It’s ripe   with tension from the beginning. Lately, I’ve noticed a different trend, some young writers like to start their stories mid-scene afraid of losing the reader’s attention.

AMH: I think when a reveal happens it has less to do with that and more to do with form. Long form v. Short form. Traditionally the novel unrolls slowly over time. Short stories are more compressed. If you study the American novel over time you’ll find that in the 1970’s and early 1980’s novels were very present tense, jumping right out and declaring things. I think that had more to do with that people began to have a short attention span and a need to grab people.

MC: That reminds me of Charles Baxter’s essay. He attributes a philosophical explanation to the lack of stillness in fiction. He says writers avoid stillness in their stories because stillness is akin to death.

AMH: Yes. A novel is more like taking a train across the country and taking stops in Ohio then Chicago. While short stories are constantly in motion. You literally cannot cover as much ground in a short story. People sometimes conflate all those things together.

Young writers often don’t start their story in the right place that the reader needs to be. They start earlier when really that is the work the writer needs to do but the reader doesn’t need to read.

The bigger piece here is what risk are you taking? If the character stopped living their lives what’s at stake? What do you want the reader to come away with?

MC: I noticed both Lynne Tillman and Don Delillo make cameos in the novel. Was this a creative restraint you made for yourself? Like you said Today I have to somehow include Lynne Tillman in these 1000 words. Or how did that come about? 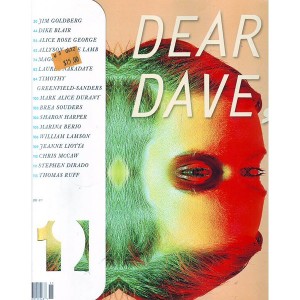 AMH: Not exactly. I love Lynne. She is one of the most exceptional people in the world. She’s unique. There are not a lot of people like her. She has an incredible sensibility. She’s bright—sharp as a reader and compassionate. I love her. Recently I discovered a new magazine called Dear Dave. There was an empty page inside. I don’t know if it was an ad or what but all it said was “What would Lynne Tillman do?” I thought that was so neat. I had to do something with it.

With Delillo it was different he lives not far from where in my mind the book is set. It was very plausible for him to walk in and out. Also I think it’s incredibly important to read other generations of writers. Cheever, Yates, Heller.

MC: I love that you call this an American novel. It’s true. It’s so reminiscent of all those suburbia novels, like Updike’s Couples and Revolutionary Road, especially with the way so many women throw themselves at Harry Silver. Yet the tone and pacing is more contemporary.

AMH: Yes people often ask me what he looks like, that he isn’t described so much, yet so many women want him. I think it’s a very male construct that women throw themselves at him whether it’s true or not. He’ll think I’m the guy. But it’s not that far off. He’s a reasonably good-looking guy in the suburbs.

MC: Yea I could see that, housewives in the suburbs where there’s marital unrest.

MC: What was your first job?

And then there were movies in a locked cabinet and people had the option of either pointing to the movie of their choice or asking for it and of course I made them ask for it.  I’d repeat back, “So was that Up the Ass Sally or Behind the Green Door.”

MC: Do you listen to music when you write?

AMH: No not so much anymore. I’ve written whole books while listening to Miles Davis’ Blue on repeat. Today I already have enough noise in my head.

MC: Do you have any advice for aspiring writers?

AMH: Think about what you want the reader to go away with. Draw your stories if you get stuck. Sometimes it’s useful if you take it out of the world of language to determine what you’re doing, where you’re going and why.

Sometimes I do this in sections. I’ll draw it in abstract shapes and hang various things off that shape. Or sometimes I will define the tone of the story by color. To get the pitch correct I’ll ask how it sounds.

A.M. Homes is the author of the novels, This Book Will Save Your Life, Music For Torching, The End of Alice, In a Country of Mothers, and Jack, as well as the short-story collections, Things You Should Know and The Safety of Objects, the travel memoir, Los Angeles: People, Places and The Castle on the Hill, and the artist’s book Appendix A:

Her work has been translated into twenty-two languages and appears frequently in Art Forum, Harpers, Granta, McSweeney’s, The New Yorker, The New York Times, and Zoetrope. She is a Contributing Editor toVanity Fair, Bomb and Blind Spot.

Melissa Chadburn is a lover and a fighter, a union rep, a writer, a lesbian, of color, smart, edgy and fun. Her work has appeared or is upcoming in Guernica, PANK Magazine, WordRiot, Vol. 1 Brooklyn, SLAKE, Salon.com, The Rumpus, and she is a regular contributor at The Nervous Breakdown. She is the social media manager for SLAKE: Los Angeles. Reach her at fictiongrrrl(at)gmail.com or follow her on twitter http://twitter.com/#!/melissachadburn She loves your whole outfit right now.