To refresh those murky little heads of yours, last week’s Plotto prompt was: A seeks to throw open his home to friends and strangers alike, and be generously hospitable, but certain unpleasant conditions make it difficult.

As expected, there were were many an unpleasant condition to be had, though thankfully none as horrifying as this.

Congratulations goes out to this week’s winner, Zana Prviti, whose delightful contortionist centered story reminded us of that time we mistook a classmate for an armoire. 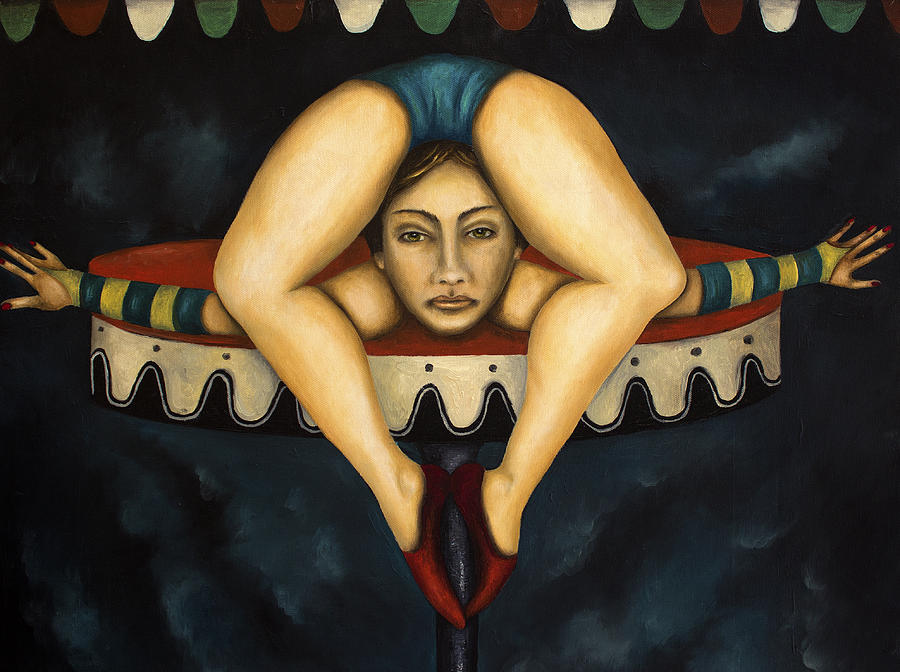 When I moved to Los Angeles, for the movie roles (I’m a contortionist by trade), my aunt said, Have a housewarming. She lives in Asuza and teaches microbiology. We’ll come, she said, referring to herself and my uncle. I had met him, once.

So they came early and I showed them the cheese plate. Good, good, said my uncle, eating Muenster. My aunt bustled. My uncle poured out little snippets of white wine into Dixie cups. I’ve never lived in one place long enough to own wineglasses. Or a bed.

I had the blinds closed. I peeked through them. People were milling in the courtyard: three guys I knew from Cirque, the mohawked boy from the bar, his skinny girlfriend, and two women I met at yoga class who’d both gaped unabashedly. Being stared at in yoga, or at the circus, or whatever performance, I don’t mind. I know they’re not looking at me, technically, they’re just looking at the shape of my body. It’s when people start looking at me that I get a little uncomfortable.

Bird of Paradise (Svarga Dvijasana) is simple. You imprison your thigh in a little cage of your arms; you balance on the free leg and stretch the toes of the bound leg up above your head.

I could hear doors opening, down the hall. I had slipped invitations underneath the doors of neighbors I had never seen or spoken to. Footsteps, which meant they were actually coming.

Go ahead, my aunt said, Open the door.

Just a minute, I said, and started stretching a little to calm myself down.

For Chrissake, said my uncle. He turned his face away. I had my feet under my chin. I wiggled my toes to settle my hips.

Stop that and open the door, said my aunt.

I still felt a little anxious so I popped my arms out of the sockets and twisted them up like the Rod of Asclepius.

The problem with contorting is this: you change your shape enough, you start to act like you haven’t got one at all. By which I mean, you start to use change as a way to stop feeling like yourself. There’s no original shape, no default shape, no honest shape to which to come home to.

Make her stop, said my uncle to my aunt. She shrugged. We didn’t really know each other, after all.

By then, I was so deep into the pose I couldn’t get out if I wanted to. It wasn’t my apartment, anymore, or my aunt or my cheese plate. I was the furniture: a shape unlike a person, incapable of movement, of feeling, or of inviting anyone inside. It would be another hour, a slow, careful hour of inching my limbs back from the edge, bringing my bones into their old lines, breathing my way back into a human shape, before I could stand and walk and open the door to anyone.

And when I could, everyone had gone.

Zana Previti was born and raised in New England. Right now, she’s an MFA candidate at the University of California, Irvine, where she writes short stories, works on her novel, and practices yoga. She cannot, and probably will not ever, find full expression of the Bird of Paradise pose.