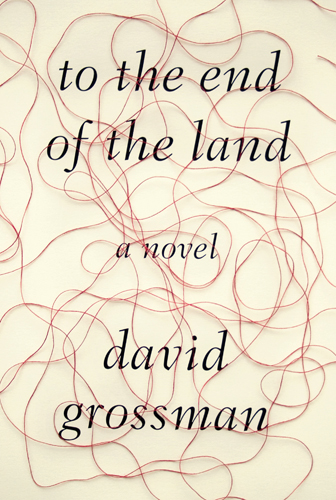 Five years ago, a stranger with an accent asked for my number. He approached me in a dark, cavernous bar in the West Village, a place known as much for its live jazz as for its cheap beer and pool tables. I had drifted away from my friends to hear the music. The band played in the corner, while listeners sat shoulder-to-shoulder on stained sofas. The stranger spotted me standing nearby.

“Excuse me, what’s your name?” he asked. I learned that Uri was an Israeli saxophonist, that he was trying his luck in New York like I was. Two weeks later, he was calling me hamuda, the Hebrew word for darling.

We traveled to Tel Aviv together the following July—a month when the Middle Eastern sun saps your will to do much besides eat watermelon and count jellyfish washed up from the sea. I had been to the Holy Land before as a tourist, but this time, I wanted to see it through Uri’s eyes.

To help me take in my surroundings, I brought along A Tale of Love and Darkness, the memoir of Israeli novelist Amos Oz.

Oz’s family fled anti-Semitism in Rovno and Vilna (modern-day Ukraine and Lithuania) and immigrated to British-controlled Palestine before he was born. As a young child, he witnessed the Independence War and the early days of the State. He also keenly observed the ways in which Israel the Reality struggled to live up to Israel the Ideal. His own mother committed suicide in part due to her romantic longing for a more cultured, comfortable existence.

I read Oz’s words while sipping kafe kar at a kiosk on Rothschild Boulevard, as a parade of soldiers, religious families, and fashionable city-dwellers strolled past. And I thought of how all these people—including my boyfriend’s family—experienced the “love and darkness” of this place.

In Israel, ha’matzav, “the situation,” is evident in every scene of quotidian life. You see uniformed young men—some still dealing with adolescent acne—walking around the mall with Uzis and wonder, “Whose child is he?” You hear stories that seem almost too absurd to be real. Like this: During the Gulf War, Uri remembers feeling jealous that some of his elementary school classmates had cooler gas masks than he did. Sometimes, when I heard such tales, I thought, “Is this a way to live?”

During my next visit to Israel the following summer, a fictional character named Ora answered my question. The protagonist of Israeli novelist David Grossman’s To the End of the Land, Ora is a middle-aged mother whose son returns to combat during the Second Lebanon War. Fearing the worst, she heads to the north of country, believing that if she isn’t home to receive bad news she can somehow protect her boy.

Never had I read fiction that penetrates a character’s psyche so deeply. Far from the stoic wartime mother, Ora is fully human, with all the anxieties, prejudices, desires, and conflicted loyalties of a person living in such a volatile region of the world.

Near the end of the novel, she tells her friend Avram, “I always think: this is my country, and I really don’t have anywhere else to go. Where would I go? Tell me, where else could I get so annoyed about everything, and who would want me anyway? But at the same time I also know that it doesn’t really have a chance, this country. It just doesn’t.”

Her sentiment was one Uri’s parents expressed to me as we ate empanadas on their balcony in Kfar Saba. They are Argentinian “olim” (immigrants) who staunchly believe that the Jewish people should live in the Jewish State. At the same time, they are equally convinced of the need for a free Palestine. When we met, Uri’s father was quick to offer me a geography lesson: “This is Israel,” he said after spreading out a map on the kitchen table. “And these are the occupied territories.”

In this way, I began to understand something they hadn’t taught us in Hebrew School: that it is possible both to love Israel and to be critical of it.

I have reminded myself of this duality many times in recent weeks. Since the war started, Uri checks the news obsessively. He scrolls through his Facebook feed, disturbed by the graphics and vitriol.

But I find myself returning to literature—to Oz and to Grossman. Oz, who lives in the desert town of Arad, is now well into his 70s. He has been an outspoken peace activist for decades.

Pulling Oz’s memoir from the shelf, I discovered a passage that was just as illuminating to me today as when I first read it in 2009:

“In the lives of individuals and of peoples, too, the worst conflicts are often those that break out between those who are persecuted…When the Arabs look at us they see…a new offshoot of Europe with its colonialism, technical sophistication, and exploitation that has cleverly returned to the Middle East…to exploit, evict, and oppress all over again. And when we look at them, we do not see fellow victims either…but pogrom-making Cossacks, bloodthirsty anti-Semites…as though our European persecutors have reappeared here in the land of Israel.”

This is, in large part, why the matzav is such a tragedy—because for both Arabs and Jews, it only adds to a history of suffering. While the two persecuted peoples might have found empathy for one another, their mutual suspicion bred dehumanization and hate, with one generation poisoning the next.

To watch Israeli extremists chant “death to Arabs”—and to read Hamas’ charter, which calls not just for the destruction of Israel, but for the extermination of all Jews everywhere—it seems unlikely that the cycle of war will ever end.

And yet David Grossman notes the dangers of accepting of the status quo. In a recent editorial, he shares David Foster Wallace’s famous fable about an older fish who meets two younger fish and asks, “How’s the water?” Later on, one of the young fish turns to the other and whispers, “Hey, what’s water?” Similarly, conflict has become so ingrained in the fabric of Israeli society that many are numb to the possibility that life could be otherwise. With this numbness comes indifference to human suffering on the other side.

Grossman, however, is not numb. In 2006, five days after he, Oz, and A.B. Yehoshua held a press conference calling for an end to the Second Lebanon War, his own son was killed on the battlefield. 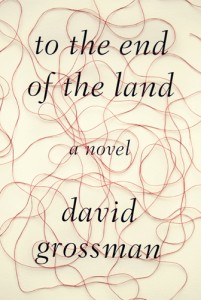 This week, I found my copy of To The End of the Land and flipped to the author’s note. “Most of it was already written,” Grossman said of returning to the novel as a bereaved father. “What changed, above all, was the echo of reality in which the final draft was written.”

Perhaps that “echo” is what made the novel such a haunting and poignant read, one whose passages I still recall years later. It also makes it impossible to dismiss the writer as a naïve idealist. He paid the ultimate price for war, and yet, his pleas are not for retribution but for hope:

“A hope that if the flames beneath the conflict die down, the healthy sane features of the two peoples can gradually be revealed once more. The healing power of the everyday, of the wisdom of life and the wisdom of compromise, will begin to take effect…Of being able to raise children without abject fear, without the humiliation of occupation or the dread of terrorism. The basic human desires for family and livelihood and study. The fabric of life.”

That hope is something I will carry with me next month when Uri and I travel to Israel to celebrate our wedding. I recall moments of happiness during my previous visits: laughing with our friends at a café in Tel Aviv, taking in the view of the sun fading behind the kotel in Jerusalem, listening to the crunch of rocks beneath our feet as we climbed the hilltops of the Negev. This time will be different. It will be the first time I have seen the country in a state of heightened anxiety. The fighting may be over by then, but the matzav will loom large.

“We won’t see a change in our lifetime,” Uri tells me. And still, I embrace Grossman and Oz’s defiant hope. “I would like to see Israel removed from the front pages of all the newspapers in the world and instead conquer, occupy and build settlements in the literary, arts, music, and architecture supplements,” Oz said in a recent interview. “That is my dream for the future.”

Kate Schmier holds an MFA in Fiction from Sarah Lawrence College. She was born and raised in suburban Detroit, and lives in New York City.