I find it by accident, pressed between two large volumes on the shelf. Though it has been over twenty-five years, I recognize it instantly: a mere sliver of a book, about half the size of an American trade paperback, with tan card-stock covers smudged from handling.

This is my copy of Yukiguni—in English, Snow Country—by Yasunari Kawabata, the first novel I ever read from start to finish in Japanese. I hold it up to my nose, breathe in the musty smell, and feel a terrible mourning for the loony stupidity of my youth. The feeling is so strong and so complicated, so full of what the Japanese call mono no aware, the sadness of things, that I can only stand there with the thin little volume in my hands, half wishing I hadn’t found it, half wanting to put it back. 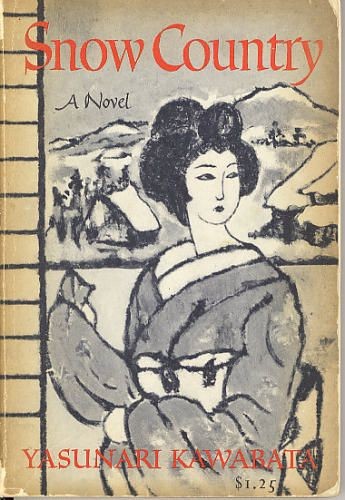 Over the years, I’d come to think of myself as a failed student of Japanese: too soon frustrated, too easily distracted. But turning the pages of Snow Country, I am startled by the sheer amount of work I put into reading it. Notes are scrawled everywhere, in a childlike Japanese handwriting, and they contain almost no English. Rather than use a Japanese-English dictionary to look up the words I didn’t know, I’d limited myself to a regular Japanese dictionary and gotten the definitions in Japanese, which meant that here and there I was forced to branch off and define a word in the definition, too—again, without resorting to English. It was a purist’s semi-delusional procedure.

But then consider that I marked up my copy of Snow Country in a suburb of Tokyo, while living in a little six-mat room smelling sweetly of new tatami. I was a nineteen-year-old Japanese lit major who had never been so far from home, and I was both terrified and elated—the terror and elation sometimes hard to tell apart or disentangle, because I was also in love with everything around me: the local shrine with its stone steps and red gate, the trains clacking past, the smell of roasting chestnuts in autumn, the silvery drill of the cicadas at night. Of course, I fell in love with every woman I met, including my landlady, a widow in her sixties who would invite me in to eat red-bean cakes and watch the sumo matches on her black-and-white TV.

I channeled all that desire and that sense of being lost into learning Japanese, as if it were possible to slip into another life through another language. My notes focus only on grammar and vocabulary, the literal meaning of each sentence, but they seem to ache with an unspoken yearning. I didn’t simply want to understand the book: I wanted to be a part of the culture that had produced it, wanted to dream its collective dreams and share its secret codes—wanted to belong.

I probably don’t have to point out the absurdity of this wish. Japan was a pretty insular place back then, ambivalent about the outside world and uncertain about outsiders. Little kids would run from me on the street or, conversely, ask to touch my skin. There was no possibility of forgetting that I wasn’t Japanese, that I already had a history, a personality, a language, and a culture of my own. I couldn’t be somebody else, even if I didn’t like who I was.

But then again, don’t we ask for doomed and hopeless things from books all the time? Looking at my notes, I feel that incredible emotional hunger come back to me, and I realize that Japan showed me what books are truly for: they are laboratories for our contradictory desires.

So now, instead of putting Snow Country back on the shelf, I sit down and begin to read. The story comes back to me in a weird sort of stereo, as if I am simultaneously reading on the couch in my ramshackle house in North Carolina and reading by the window in my six-mat tatami room, and what I soon understand is that my nineteen-year-old self somehow chose a pretty apt book for that moment in his life, a book about loneliness and the wish for connection.

Snow Country takes place in the 1920s, in a Japan that is both traditional and poor, a country where women have few options outside of marriage, and a struggling family might be forced to sell a daughter as a geisha to cover its debts. The book’s point-of-view character is Shimamura, a wealthy Tokyo aesthete, the kind of guy who devotes himself to writing about the ballet, though he has never seen one. (In one extraordinary section worthy of W. G. Sebald, we also hear about his connoisseurship of Ojiya-chijimi, a fabric that can be woven only during the long winters by young girls with delicate fingers, who then lay it out in the snow to bleach, which gives it a pure cold whiteness perfect for summer kimonos.) Shimamura is thus someone we might meet in a play by Chekhov: self-aware, self-mocking, professing to be amused by his uselessness while secretly fearing the emptiness of his existence. A part of him wants to escape the bubble of privilege in order to really live, but all his instincts push him in the other direction, back to the safety inside his head. 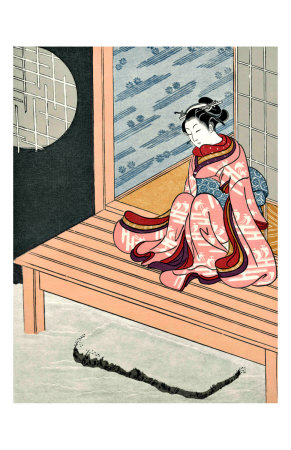 At the opening of the story it is winter, and Shimamura has come to a hot-spring resort in the mountains—snow country—in search of Komako, a young woman with whom he had a brief affair during his last visit, six months before. He’s back because he sensed something genuine in her, something with enough charge to move him into the realm of feeling, but what he finds is that in his absence she has sold herself as a geisha in order to help pay the medical bills of a man she grew up with and was supposed to marry, though he left her for another woman. Komako’s sacrifice is an act of deep humanity, but Shimamura can understand it only in aesthetic terms, as a beautiful yet pointless gesture expressive of her spiritual purity—white and clean like the Ojiya-chijimi bleaching in the sun. They resume their affair, but in the end it proves pointless: Shimamura is incapable of real love. The two are left to their separate forms of loneliness, he in Tokyo, she in the mountains.

Sketching the story out like this, I realize it sounds deceptively familiar: the rich cad, the beautiful, doomed young geisha. But it reads as something completely fresh and new because of the deep particularity of the characters. Shimamura’s self-entrapment is plain to see—he is, you could argue, the worse off of the two because he is so completely estranged from his feelings and the reality of other people. Komako, by contrast, is fully, vibrantly alive. She is a wonderful character, utterly alone in that small mountain village, living in the attic of a farmhouse where silkworm cocoons were once stored, reading by candlelight for glimpses of the outside world she will never be a part of. She keeps a series of notebooks in which she writes the plots of everything she reads, all the characters and their connections, but nothing of her own opinions. “I could never do anything like that,” she tells Shimamura. She is only nineteen.

It is impossible for me to know now how deeply I understood Snow Country when I first read it, since I didn’t write down my opinions, either. I think I worried that I might be a little like Shimamura, as I suspected, even then, that the Japan I loved so much was a construct of my imagination more than an actual place. But reading it now, I feel so deeply for Komako, her loneliness, her desperation, and her bravery, that I can barely keep turning the pages. And then I see my nineteen-year-old self as a version of her, yearning to be saved from his isolation, and I feel pity for him, and forgiveness for what he put me through over the years.

Robert Anthony Siegel‘s novels are All Will Be Revealed and All the Money in the World.  He has written on Japanese writers for The Los Angeles Times, The Los Angeles Review of Books, and Ploughshares (where he also has a piece on being an unreliable Japanese tour guide).  Other work has appeared recently in Bookforum and The Harvard Review.