I was living in Paris a few years ago when I happened into a prescient gig: videotaping interviews with adult children of child survivors of the Holocaust in France. For background, the professor overseeing the project urged me to reread The Lost by Daniel Mendelsohn. Reread The Lost? I had never heard of it. When my used copy arrived in the post, I buried it in my procrastination pile. Although I felt engaged by the interview project’s driving question — how do families construct their narratives? — I assumed The Lost would read like the dozens of Holocaust stories I listened to when I was a kid: as predictable and linear as dominoes.

I was a child of the 1980s, when Holocaust survivors and their stories of escape emerged as a force in the cultural consciousness. Back then, I had no idea the prevalence of these accounts was a new phenomenon, ushered forth by Claude Lanzmann’s 1985 film Shoah, the nine-hour long documentary breakthrough. For me, hearing such stories was routine and, I can now admit with requisite shame, boring enough to induce eyerolls. As far back as 1982, my Hebrew school teacher, G’veret Cohen, welcomed our second grade class with her firsthand account of jumping off the train to Auschwitz — at your age! — and surviving the war in the woods. She retold her story in front of the entire school every spring, on Holocaust Remembrance Day, when she would bring survivor friends to share their stories. At age seven, all I saw was a parade of old people with Polish accents recounting similar-sounding tales. Inglorious, and true. 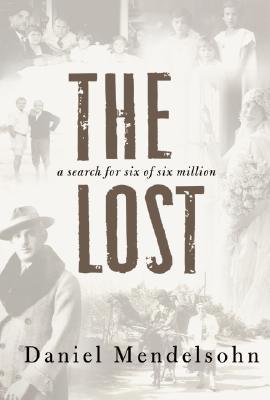 Nearly 30 years later in Paris, my project supervisor, an éminence grise of Holocaust research in France, asked on a third occasion, for my thoughts on Mendelsohn. I relented. From the opening line, I was hooked: “Some time ago, when I was six or seven or eight years old, it would occasionally happen that I’d walk into a room and certain people would begin to cry.”

The Lost is the story of Mendelsohn’s search for the wartime fate of six of his relatives in Poland. Specifically, he wants to know how and where and when they died in the era of the Nazi scourge. From this premise, Mendelsohn crafts an adventure story of such humanity and momentum that as I read, it didn’t matter that I knew — or thought I knew — the ending, that his relatives would perish, somehow, because they were Jews living in Poland in the early 1940s. What compelled me was Mendelsohn’s ability to locate a new, gripping and intimate way to tell these narratives. Instead of recounting the past, he creates an original event, spelled out in the book’s subtitle: A Search for Six of Six Million.

My interest was not just literary or historical. It was personal. Twenty years earlier, my little brother was killed in a car crash. As much as I wanted to write about him, I felt stymied by the ordinary circumstances of his death. In the two decades before and since, the statistics for teenage boys killed in automotive events in the U.S. have remained as consistent as the country’s apathy about fatal car crashes.

I still feel a measure of shame making an association between my brother’s random, very American death and the targeted, off-the-scales killings of the Holocaust. Nevertheless, I was stirred by Mendelsohn’s example of how to tell such a story. By marshaling multiple genres — reportage, memoir, travelogue, textual analysis, archival research — Mendelsohn fashions a family history of such varied texture that he rescues his relatives from the anonymity of the mass graves.

As a boy, Mendelsohn adored his grandfather and his prolific, if not always truthful or complete storytelling. “He could go to the grocery store to buy a quart of milk and come back with an amazing and dramatic story to tell,” he writes. Young Daniel is especially fond of the stories of their large extended family and their lost way of life in Bolechow, the Polish city where his family lived for 300 years before the Nazis and their accomplices killed all but 48 of the original 6,000 Jewish inhabitants. Always absent from the narrative is his grandfather’s brother, Shmiel, and Shmiel’s wife and four daughters. These are the “six” of the book’s subtitle: “Out of all this history, all these people, the ones I knew the least about were the six who were murdered, who had, it seemed to me, the most stunning story of all, the one most worthy to be told.”

To young Daniel, it wasn’t just the stories but the way his grandfather told them that captivated. For one thing, they were funny, so funny that a great-aunt once peed her pants at the dining table. There was more:

“When my grandfather told a story, he wouldn’t do anything so obvious as to start at the beginning and end at the end; instead, he told it in vast circling loops, so that each incident, each character he mentioned, had its own mini-history, a story within a story, a narrative inside a narrative, so that the story he told (as he once explained it to me) was not like dominoes, one thing happening after the other, but instead like a set of Chinese boxes or Russian dolls, so that each event turned out to contain another.”

The description arrives early, and it’s an explicit roadmap into Mendelsohn’s own storytelling strategy: a lingering over details, seemingly irrelevant facts, and ancillary anecdotes — these are the Chinese boxes — until the connections between the fragments, all the little things that make life interesting, gradually sharpen into focus as the story narrows, burrowing deeper into the devastation than readers may have believed possible while demonstrating how the Holocaust continues to mark those who had no direct experience of it.

Take Mendelsohn’s early attention to his grandfather’s extended family — the siblings and cousins — and their routine gatherings in Long Island and Miami Beach. Extended family is typically more interesting to the writer than his readers. At first, the large gatherings appear to be about little more than young Daniel’s striking resemblance to Shmiel and the way this causes the elderly relatives to weep. As Mendelsohn begins his detective work, what emerges is an unspoken betrayal: the refusal of his grandfather and the extended family, already in America, to aid in the escape of Shmiel’s family, still in Poland as the Nazis advance. Which pain, then, are the tears about? The pain of loss, or of quiet complicity? 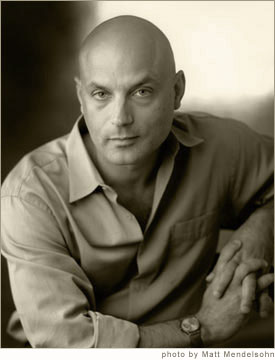 Thus, the search is launched. Now Mendelsohn’s task is twofold. He must learn how Shmiel and his family died, working without the aid of the older generation of relatives, who have all passed away. More elusive, he must try to understand the betrayal. For the first question, the methodology to a seasoned writer like Mendelsohn is apparent: reportage. Mendelsohn’s five-year search takes on an obsessive drive to which I can relate, delighting in its devotion to journalistic integrity. With New York as his base, Mendelsohn travels across the Diaspora interviewing family members and friends — in Israel (twice), Sydney, Stockholm, Copenhagen, and Bolechow (twice). Each journey abroad is like another loop in the narrative, with countless Chinese boxes unearthed and unpacked along the way.

The second question, of the betrayal, is trickier. Mendelsohn’s handling of it grants The Lost its multidimensional power. His grandfather committed suicide in 1980, a year that heralded a second wave of Holocaust survivor suicides, including Primo Levi’s. (The first wave arrived in the ’60s.) Historically attributed to the pain of cancer, his grandfather’s suicide is reconsidered here. “I am no longer completely certain it was only a cancer that was eating away at him,” Mendelsohn writes. Beyond speculation, how can a writer grapple with the mysteries of the human condition? Especially a writer of “my idle generation,” as Mendelsohn puts it, who cannot conceive the pressures of World War II?

A trained classicist, he turns to texts. This isn’t surprising, except that Mendelsohn, a secular Jew, reaches for the Bible and the attendant rabbinic commentary about the original story of sibling betrayal, Cain and Abel. These passages are interspersed throughout the travelogue and their consideration of sibling rivalry stretches across time into Mendelsohn’s own competitive sibling relationships. “Who can know what happens between brothers?” Mendelsohn, who has three of his own, asks again and again. As a child, Daniel breaks the arm of his brother Matt, “just snapped it in a fit of rage and now I know that whatever the immediate reason for my violence was, the real reasons were murkier: the color of his hair, the fact that he had the middle name Jaeger, which I thought I deserved more; the fact that he liked sports and had friends at school, the fact that he was born too soon after I was.” Distant as adults, they become collaborators, if not equals, in the search. Matt shoots all the photographs that appear in the book and receives a secondary credit. “Of all that I found in my search,” Mendelsohn writes of Matt in the acknowledgements, “he is the greatest treasure.” An act of generosity, it is also one of the few moves about which Mendelsohn sets aside his characteristic explanatory and loquacious writing persona. To assume the mantle of family storyteller is a risky business, to invite challenge and charges of questionable individual agendas, mendacity and more. If Mendelsohn’s grandfather were living, I suspect he’d have quite a bit to say on the matter.

When I was 19, I walked into my grandparents’ apartment in Miami Beach and they began to cry. I knew the reason. It was my first visit without my little brother. Our family story had been rewritten and we no longer understood the plotline, the character arcs, the logic. What felt like exceptional rupture turned out to be the story of some 2,927 American families that year, and its continued effects on my family are often textbook, cliché. As a sister, I also know how singular, how important my brother’s story is, and how grateful I am for Mendelsohn’s example of how I might begin to tell it.

Toward the end of The Lost, Mendelsohn’s mother expresses concern. “My family ruined their lives by always looking at the past, and I don’t want you to be like that.” What Mendelsohn knows is that the storyteller doesn’t only look at the past that preoccupies him. He deploys all of his resources and makes something new. Carrying it with him, he moves ahead.

Rebecca Sonkin is director of Columbia Artists/Teachers. Her most recent piece, “Chris Kraus and the K-Word,” appeared in the Los Angeles Review of Books.