A timely reminder that the economy is not just a math problem, from Tin House #55: This Means War.

We’re used to ideological wars in economic and political thinking: small government versus big government, the 99% versus the 1%, vouchers versus public schools. But one idea that seems to bind together economists and politicos of all stripes is the notion that economic growth—all economic growth—is necessary and good. In this context, adherents to “postgrowth” ideologies—those who believe that there is good growth and bad growth, who recognize that a finite planet cannot produce infinite wealth—are zealots, radical and rare. One of their founding fathers is E. F. “Fritz” Schumacher, whose 1973 essay collection, Small Is Beautiful: Economics as if People Mattered, made Schumacher, an economic advisor to the Britain’s National Coal Board, into an unlikely patron saint of small-scale, local production and “voluntary simplicity.”

“Today,” Schumacher writes, “we suffer from an almost universal idolatry of giantism.” When Schumacher started work on the book in the 1960s, this “giantism” must have seemed new. In 1959, McDonald’s operated over one hundred restaurants, all within the United States; Walmart did not exist and neither did OPEC. By 1970, McDonald’s had opened restaurants in Canada and Puerto Rico, OPEC had grown to include ten members, and the Walton family’s chain of thirty-eight stores was about to become a publicly traded company. Schumacher’s essays were a diagnosis, one that still holds today: we’re burning through irreplaceable resources, our work is becoming more automated and less fulfilling, and we’re calling this “progress.” As a cure, he offers an entirely new way of thinking about economics. The book is a call to abandon the “monster economy” in favor of “a lifestyle designed for permanence.” 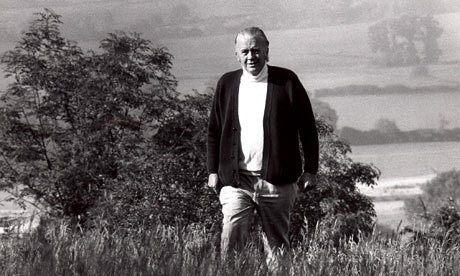 Schumacher writes about economics as a religion, a field that not only measures human activity (like other social sciences) but also provides it with an end goal: infinite growth. Instead, he asserts, the goal ought to be “the maximum of well-being with the minimum of consumption,” because the goal of never-ending growth presents two enormous problems–one practical, one metaphysical. First, we simply don’t have a never-ending supply of resources, and acting as though we do can only lead to crisis. Second, the pursuit of growth makes us measure consumption not as a means to an end but as an end in itself. “The modern economist is very difficult to understand,” writes Schumacher. “He is used to measuring the ‘standard of living’ by the amount of annual consumption, assuming all the time that a man who consumes more is ‘better off’ than a man who consumes less.” When put that way, it’s clear what a silly idea this is—yet measuring “standard of living” in amount of goods consumed is a core tenet of economic orthodoxy.

Schumacher’s essays are thick with such elegant takedowns of economic sacred cows. “The market is the institutionalistion of individualism and non-responsibility.” Cost/benefit analysis is “a procedure by which the higher is reduced to the level of the lower and the priceless is given a price.” And perhaps most famously: “The substance of man cannot be measured by Gross National Product.” Schumacher would have turned one hundred in August of 2011, a month and a day before the Occupy Wall Street protests began. He died in 1977, and I wish that he’d lived to become a centenarian so we could have seen the signs he might have brought to Zuccotti Park.

Schumacher’s most radical idea was that business and technology ought to exist on a human scale, at a scope that people can actually understand. “There is wisdom in smallness if only on account of the smallness and patchiness of human knowledge,” he notes, and also because small groups of people take better care of each other and of communal resources than do “anonymous companies or megalomanic governments which pretend to themselves that the whole universe is their legitimate quarry.” It’s still a radical idea. Buying local food, growing a community garden, making or purchasing items made in small batches—these activities have become trendy, but they are viewed more as stylistic choices than as the result of revised economic thinking. Even as artisanal products and ultrasmall businesses become more popular, they’re considered pet projects. The idea that bigger is always better, or at least more efficient, is still too deeply ingrained in our culture—economies of scale! Costco!—to see small-scale enterprises as anything but twee. And so making the tiniest possible batch of pickles and selling them within bicycling distance of a kitchen factory designed for employees’ well-being as well as efficiency must be a manifestation of hipster nonsense rather than a thoughtful and rational choice.

And okay, it’s hard not to caricature companies like Brooklyn’s Mast Brothers Chocolate, which imports its cocoa on a handcrafted sailboat. Its employees all eat lunch together and there’s a piano in the warehouse. Last year [2011 at the time of this article’s first printing], New York Magazine profiled several similarly committed small businesses and smirked that Mast Brothers is “like a child’s dream,” using the condescending tone reserved for kooks who dare to think outside the big-box store before moving on to pose the all-important question: Can it scale? 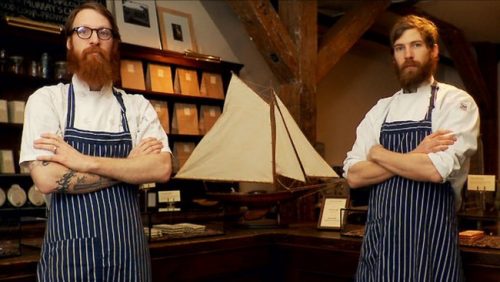 I like to imagine a good-natured but slightly impatient Schumacher responding to this. Schumacher might also poke fun at the way we’ve fetishized the tiny and the local. He warned that the key to all things is balance; he was pushing for small-scale enterprises because of the dominant trend toward enormity; he might have done the opposite if the world had a “prevailing idolatry of smallness.” Still, I think Schumacher would smile on any business based on the truth that a worker—even a manufacturer—ought not to feel like an automaton. And as for “Can it scale?”—that’s simply the wrong question. Instead, one might ask if the employees enjoy their work, do they receive health insurance, how much fuel does wind-powered shipping save, and do the workers have fun playing and listening to that piano? But this is not what we’ve been trained to do, laments Schumacher: “Call a thing immoral or ugly, soul-destroying or a degradation of man, a peril to the peace of the world or to the well-being of future generations; as long as you have not shown it to be ‘uneconomic’ you have not really questioned its right to exist, grow, and prosper.”

Schumacher’s ideas have become fodder in an ideological war but they were themselves developed during a literal one. Seeing the rise of Nazism in Germany in the 1930s, Schumacher moved from Berlin, where he was born, to England, where he had previously studied as a Rhodes scholar. In the summer of 1940, England began rounding up all sorts of “enemy nationals” for internment, and Schumacher (a German citizen and brother-in-law of the German atomic physicist Werner Heisenberg) was taken to an internment camp on Prees Heath. Though he lived in the camp for just a few months, it was a formative time. As part of a privileged intellectual family, Schumacher had always been a Marxist but had really only lived among the elite. In Prees Heath he was part of a motley assortment of internees, and was elected camp leader, in charge of creating a humane organization amid the squalor. He wrote in a letter to his wife that he found the only way to do so was to employ “kindness and persuasion . . . with so much misery about I am convinced it is the only method.”

In Small Is Beautiful, Schumacher’s tone switches between preacher and professor, but his ideas are compelling because he was himself an economist. Despite his internment, Schumacher loved living in England, and after the war he spent twenty years as economic advisor to the British Coal Board, warning as early as 1955 about the perils of oil dependency. Schumacher also worked and studied with John Maynard Keynes, one of the most influential figures in orthodox economics, and many of his essays deal with Keynes’s ideas. Keynes did much of his work in the 1930s, in the midst of a worldwide depression, and he thought that humanity would need to study economics and act economically only for a while. His hope was that after we pulled ourselves out of that depression, we could again turn our eyes to higher-order concerns, and economics would “settle down as a modest occupation similar to dentistry.”

Sometimes Schumacher discusses love and beauty and the soul, and the language gets embarrassing. For example, one of the essays is a thought experiment titled “Buddhist Economics.” Once you unroll your eyes and look at the page in front of you it is particularly good. Personally, I cringe when I see “economics” and “love” within spitting distance of each other because I have learned to talk about the economy as if it were nothing more than a math problem. But one of the great challenges, and one of the great pleasures, in reading this book is that Schumacher addresses the very discomfort he creates, and, in his hands, this discomfort sounds foolish. He reminds his readers that the economy is in fact not a math problem, but the system in which we humans exchange our time and effort and talents and goods. Pure economic thinking is tempting because “everything becomes crystal clear after you have reduced reality to one—one only—of its thousand aspects,” Schumacher writes. “Let no one befog the issue by asking whether a particular action is conducive to the wealth and well-being of society, whether it leads to moral, aesthetic, or cultural enrichment.”

Rachel Riederer is a writer and editor based in Brooklyn. She completed a BA in environmental science and public policy at Harvard and an MFA in nonfiction at Columbia. She has taught academic writing at Columbia University and the City University of New York. She edits for Creative Time Reports and Guernica: a magazine of art + politics.