Even the greatest literary triumphs of a small language often suffer the fate of a shipwrecked heroine lost at sea: If by extraordinary luck and effort she manages to briefly catch our attention, we soon lose her in the tide, she is again disappeared and remembered only by her loved ones.

So it is that the fiftieth anniversary of the publication of Death and the Dervish, one of the best novels in the rich Serbo-Croatian literary tradition, has passed by largely unobserved. Unless you have a personal or professional interest in the Balkans, it is very likely you have not encountered the masterpiece or its author, Meša Selimović.

For those of us with the good fortune to be acquainted with his works, Selimović’s novels are often personal and affecting. Set during Ottoman times, Death and the Dervish grapples with heavy subjects: loss and injustice; guilt of the survivor and the unrepentant perpetrator; consciences stained by a lack of moral courage. These themes resonate especially strongly with we many who, in our various ways, experienced the catastrophic destruction of Bosnia and Herzegovina. Though I’ve since argued that such a historicized reading can impede richer interpretations of Death and the Dervish, I, too, first experienced the novel as a portrait of Bosnian psychology. 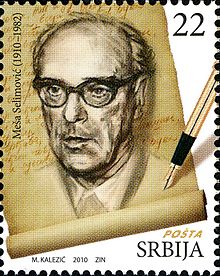 In Death and the Dervish, the brother of a Sufi dervish is thrown into a fortress for unknown reasons. The dervish attempts to intervene on behalf of his brother but his slow and indecisive measures stand little hope of success. The plot of the novel is drawn from the tragedy of Selimović’s brother, Šefkija. An officer in the Partisan resistance during World War II, he misappropriated bits of furniture in the wake of the liberation of his home town, and was summarily executed for the offense. There were people who thought his brothers didn’t do enough to save him.

While he was still just a tall child, the body of my brother became his own inscrutable fortress. Suddenly and without any apparent precipitating cause, he lost an awful lot of weight and grew increasingly weary and jaundiced. A kid at school asked him what was up and noted that he looked like Big Bird from Sesame Street—an excellent joke, my brother thought. The doctors finally diagnosed him with primary sclerosing cholangitis—PSC—a rare liver disease. He received his first liver transplant at 15, his second at 24. In the next three, five, or ten years, he will require a third transplant, someday likely a fourth, and so on. By the example of our father, a concentration camp survivor who coped with his traumas with stoic magnanimity, or from some other incomprehensible, bottomless reservoir of strength, my brother has faced his own mortality with more dignity and courage than some of us have confronted hair loss. He sometimes explains his illness as having “won” an unfortunate genetic lottery and accepts his condition—and a dizzying accompaniment of complications that encumber his health and daily life—with extraordinary equanimity and capacity for pain. To this day, I haven’t heard him complain once.

After the first transplant, however, my brother fell into a deep depression. It had been easier for him to confront death than the diminished, uncertain life that now lay ahead. Mostly, he distracted himself. For years, he slept while the house was awake and secluded himself in the basement at night. None of us knew how to help him. Maybe it was vain to think that we could. With less understanding than he might have received, he occupied this terrible state for almost a decade, until the disease took him right up to the brink, and a last moment reprieve provided him with another liver and a renewed perspective.

Most of this time I was away. Painfully aware of my good fortune, I was traveling, drinking, enjoying life as much as possible. The distance made things easier to bear. So did Death and the Dervish. It’s not quite right to say the novel spoke to me. Rather, during the most difficult times, it seemed to speak for me—articulating feelings that I lacked words to express:

Regret: “Brother, forgive me, a sinner, for this belated love. I thought that it existed when there was a need for it, but it is waking only now, when it can’t help anyone, not even me. And I no longer know whether it’s love or a futile attempt to turn back time.”

Helplessness: “My thoughts were undivided and sincerely tried to find the best way to free my brother. And the more sincerely and energetically I did that, I say, the stronger the conviction became somewhere within me, like an indistinct whisper from the dark, like a certainty that is present but neither spoken nor thought about, that such an endeavor could not succeed.” 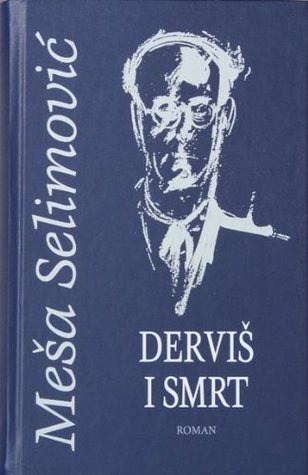 I could go on in this way. The novel provided a measure of solace and understanding that I was otherwise too proud to seek. But the magic of a book is contained within its covers. Close it and the world outside reappears. My brother hasn’t been cured and likely won’t be. But he recovered from the second operation, obtained his driver’s license and, as a spark toward independence, he moved out west, as far from home as possible. First he found work, then enrolled in school, fell in love, and became truly happy for the first time in a long, long while. When he was again diagnosed with PSC, he took the finding in stride. He’d been expecting it, after all.

Meanwhile, my frivolous years passed in a flash. New responsibilities encroached: student loans, a family, two sweet children of my own. When I open the novel these days, I find that it has aged with me.

“I am forty years old, an ugly age,” the dervish writes in the early pages of his manuscript. “One is still young enough to have dreams, but already too old to fulfill any of them.” We may quibble with the age where to draw that ugly line; the sentiment is harder to dispute. Sometimes, it turns out, life isn’t all that we thought it could be, and the same can be said for many of us. We learn to reconcile ourselves to these private sorrows and disappointments, carry them with us through adulthood, and learn to put one foot in front of the other as best we can.

As a dear friend reminds the dervish: “Maybe it’s not easy to live in this world, but if we don’t think that we belong here, so much the worse for us. And to wish for strength and insensitivity is to spite ourselves because of our disenchantment. Therefore, that’s not a way out; it’s giving up on everything that man might achieve.”

Pedja Jurišić lives in Copenhagen. For much more on Meša Selimović and Death and the Dervish, see the essay at Open Letters Monthly.