I credit the Victorian novelist George Gissing with curing me of a misunderstanding about the literary life. It always seemed to me that late-nineteenth-century England must have been the ideal time and place to be a novelist. George Eliot was revered. There was no television or Internet to siphon away the attention of the masses. Publishers did not need to make megabucks for corporate owners who also produced toasters or ran theme parks. The world was quieter then, and slower–seemingly good circumstances for the production of meaningful literature.

Then I read New Grub Street, Gissing’s 1891 novel about this supposed golden age. I came across the work of Gissing, whose name rang a distant bell, on the fifty-cent sale shelves at my local library. It was a different novel I discovered first: his wonderful The Odd Women, about turn-of-the-century English feminists. I was impressed that a book written by a man in 1893 could offer such a rich and sensitive account of what happens to women deprived of choices in love and work. After that, I knew I wanted more Gissing. So I found my way to New Grub Street, which I was able to obtain only secondhand, through an online bookseller. 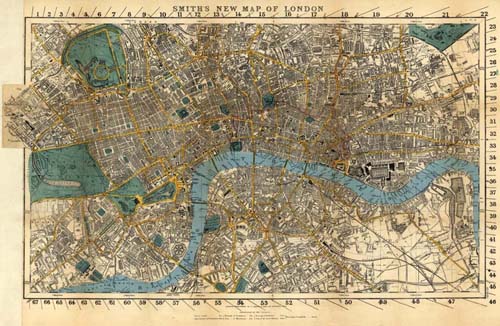 New Grub Street is probably Gissing’s best-known work today, although it’s hard to find anyone who’s read it, even lovers of Victorian literature. This a great shame, and surprising, too, for Gissing has Dickens’s knack for comic caricature, Eliot’s psychological insight, and Edith Wharton’s understanding of class. If you’re a writer who’s ever felt sucky about your pitiful advances, the lack of reviews for your books, or your inability to place your literary work altogether, you will finish reading New Grub Street feeling much, much better. Because in the Golden Age of the Novel, things were actually much, much worse.

New Grub Street centers around two very different writers: Edwin Reardon, a talented writer of lyrical, psychological, rather plotless novels, and his friend Jasper Milvain, whose ambition is to become a sought-after and financially comfortable writer of reviews and articles about other people’s books (he knows very well that fiction doesn’t pay). The novel opens as it is dawning on Reardon that he has made a terrible mistake with his recent marriage. His first two novels were critical successes, but the income from them, enough to support him when he was on his own, will not stretch to keep a wife and young child fed and warm through the long, chilly London winters. His wife, Amy, doesn’t understand why Reardon can’t just write a potboiler and make a whole lot of money, and her disapproval and growing coldness deeply wound Reardon and eventually undermine his ability to write at all. The numerous, agonizingly detailed passages about Reardon’s alternating writer’s block and grim, forced attempts to write something the public will find “sensational” are some of the most frightening a fellow writer can read. Gissing recognized that for an artist the greatest terror is the fleeing of the muse or, as he puts it, the “outwearied imagination.” Financial anxiety, he suggests, is one of the fastest routes to that exhaustion. 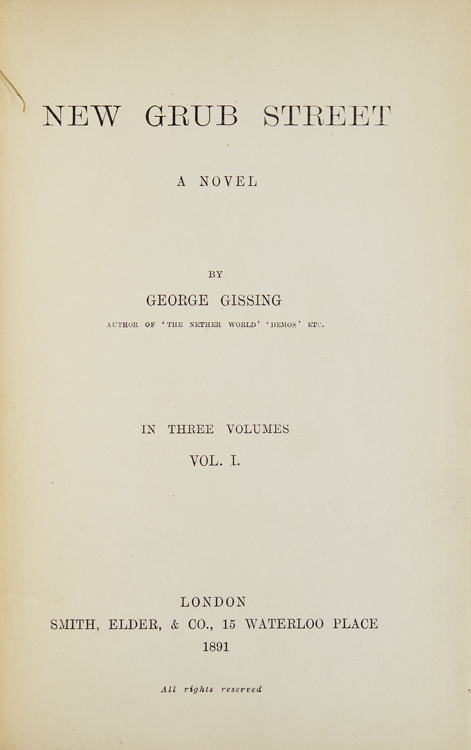 Meanwhile, his counterpart, Milvain, who enjoys boasting about how shallow and venal he is, is steadily rising in reputation. Milvain knows how the literary world really works. He understands that its mechanisms are primarily social, and so he has to court important editors and silly benefactresses and praise books he dislikes. As he explains it, even a good book “will more likely than not . . . be swamped in the flood of literature that pours forth week after week . . . . If a writer has friends connected with the press, it is the plain duty of those friends to do their utmost to help him. What matter if they exaggerate, or even lie? The simple, sober truth has no chance whatever of being listened to.” Milvain acknowledges that a “genius” may eventually be celebrated regardless, but New Grub Street is precisely a book about the problem of the nongenius writer, an effort to show what happens when the merely very talented make art in a thoroughly monetized culture.

Reardon’s depression and escalating money troubles lead to the undoing of his marriage, conveyed with a dreadful intensity and inevitability that reminded me of two much more recent novels, Richard Yates’s Revolutionary Road and Jonathan Franzen’s Freedom. If Gissing has one point he wants to hammer home, it’s that, in Reardon’s words, “poverty degrades.” It destroys love, work, and character. Otherwise decent, honest, and loving people become harsh and unprincipled for lack of money. Reardon grows withdrawn and frankly a bit unhinged; his similarly struggling colleagues torment their wives, turn to drink, commit suicide, or, if less devoted to their art, find solutions like Reardon’s friend Whelpdale, who discovers he can make a bundle advising other people on how to write their novels. (Tout ca change . . .) The gentle and charming Biffen remains unmarried so as not to fall into the same difficulties as Reardon, then withers of loneliness. Always attentive to the particular problems of women, Gissing also shows, through the character of a grouchy critic’s daughter, how sensitive and intelligent women writers were even less likely to make their way than their male peers.

Gissing knew the hardships of the writing life firsthand. While he seems in retrospect to be the success Reardon is not, publishing twenty-some novels before his early death at age forty-six, he did not experience himself as one. He was constantly strapped for money, given the draconian publishing arrangements of the time, under which writers sold the copyright to their works rather than earning royalties. Even when a book like New Grub Street went into extra printings, Gissing never saw a penny of the profit. His books received mixed reviews. He was under pressure, like Reardon, to write much and write quickly. His health was not good, and he had two terrible and distracting marriages. 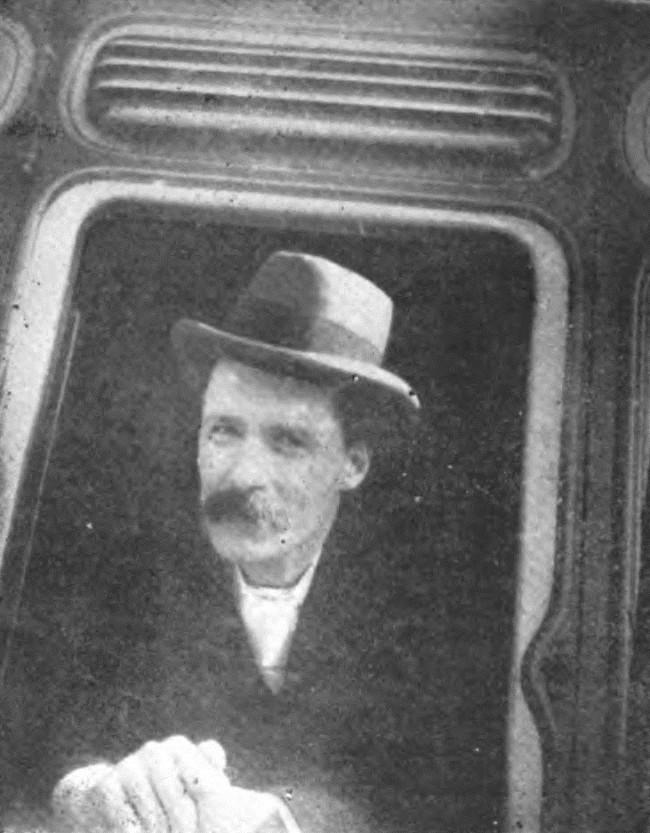 While Gissing was resentful in life, he was generous as a novelist: Jasper Milvain, who could have been loathsome, has appeal and even his noble moments. It’s clear that Gissing admired and even envied his character’s vitality, optimism, and sheer instinct for survival. The ambiguity that animates every character makes New Grub Street not just a great, plotty read (there is also a love match beset by obstacles and a rich relative whose will offers surprises) but a novel of enduring interest. Gissing saw that men collude in their own failures and that the world needs its hustlers and finaglers as well as its oversensitive dreamers. Still, his message is unmistakable: there are no viable lives for the serious writer. Reading New Grub Street today, you can look at our culture of welfare benefits, free emergency-room visits, NEA grants, and MFA teaching jobs and say things are certainly better now. Or you can feel that the oppressive structures are still intact, the game is still rigged, failure still a near certainty, but that you’ve just spent several hours in the company of a writer and characters who understand. Either or both. I vote for both, which must be why I always close this dark, rather bitter novel feeling remarkably cheerful.

Pamela Erens’s second novel, The Virgins, was a New York Times Book Review Editor’s Choice and was named a Best Book of 2013 by The New Yorker, The New Republic, Library Journal, and Salon. The novel was a finalist for the John Gardner Book Award for the best book of fiction published in 2013. Pamela’s debut novel, The Understory, was a finalist for the Los Angeles Times Book Prize and the William Saroyan International Prize for Writing. Her essays, articles, and reviews have appeared in publications such as Virginia Quarterly Review, Elle, Vogue, The New York Times, Los Angeles Review of Books, and The Millions. Her third novel, Eleven Hours, published in May 2016.