Recently my husband and I spent two months on a small island off the Gulf Coast of Alabama, near Mobile, the city where he was born and raised. We met a lot of folks who’d grown up on the island, and almost every one of them asked us, “Where’re you from?”

As usual, the question sparked my own anxious self-examination. Originally? Now? Where have I lived longest? In truth, I’m not sure I’m from anywhere.

I grew up in Texas, but I always had the feeling that the stork had made a bad drop. I never came to recognize the flat, dry land and flat, seasonless passing of days as home. Even as a child I lived with a sense of nostalgia for a country I had never seen, a haunted certainty that the most beautiful place would disappear before I found it.

Plus, Dallas in the 1950s could be brutal for anyone who wasn’t a straight, white, wealthy, football-loving male. I connected the teasing, bullying and flat-out meanness I saw around me with the bleakness of the landscape. Looking back, I see I longed for a kind of ecological utopia, the opposite of my surroundings, where physical beauty and balance begot human kindness and decency.

I read Hawthorne and Cather and fell in love with the group of friends in The Wind in the Willows, especially Ratty, who spent his days boating and helping Mole and Toad. Then, in college I stumbled upon The Country of the Pointed Firs, by Sarah Orne Jewett. 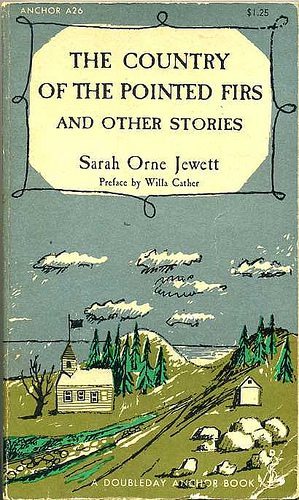 Jewett was born in South Berwick, Maine in 1849, and though she traveled widely, she always returned home. As a child, she didn’t like school and was often ill, so her father, a country doctor, would take her on his rounds. She credits him with calling to her attention the speech and dress and customs of small town life. “Don’t try to write about people and things,” he told her. “Tell them just as they are.”

Jewett became a loving observer of the landscape and people around her. She frequented the country stores, listening to the gossip and jokes “and Munchausen-like reports of tracts of timber pines ever so many feet through at the butt.” Over time she fashioned herself into a perfect guide, the Beatrice in my utopia.

The Country of the Pointed Firs is a kind of prose hymn to Dunnet Landing, an imagined composite of the small seaport towns along the northern coast of Maine. By contemporary standards, very little happens. We follow the progress of a writer moving deeper and deeper into a world of rough beauty and rugged silence, human kindness and heartbreak.

The writer (we never learn her name) arrives in Dunnet Landing in search of a quiet place to spend the summer and work. The book opens with a brief introduction in the third-person omniscient, which lends the whole tale a timeless, mythical quality. Then that writer becomes our narrator. She takes a downstairs room in the home of Mrs. Todd, an imposing character, a sybilline healer who dispenses herbal remedies and whispered advice through the kitchen window or, for more serious cases, by the front gate.

Imposing, solid, but not without her own sorrows. Though she’s been married and widowed, Mrs. Todd has spent her life in love with another man. “‘When we was young together, his mother didn’t favor the match, an’ done everything she could to part us; and folks thought we both married well, but wa’nt what either one of us wanted most.’” Her chance for real happiness passed, all those years ago.

And so the book proceeds, villager by villager, story by story. Next we meet the frail, retired sea captain, Captain Littlepage, who climbs the hill behind the harbor to find the writer in the schoolhouse she has rented as a workspace.

Here I pause to point out a stroke of genius. The room on the first floor of Mrs. Todd’s house, which at first seems like a perfect peaceful haven for the writer’s work, comes to seem too hectic. Our narrator can’t resist helping Mrs. Todd with her business and eavesdropping on her advice. So Jewett moves her to the stillness of the hill above the town, and we move with her. Eventually we become so calmed by the pace of life in the Landing that the villagers’ quiet revelations feel almost operatic. We see each human heartbreak for the large, imponderable thing it is. 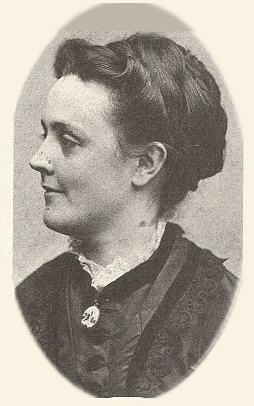 Captain Littlepage longs for the old days, when whaling ships filled the harbor and many of the townspeople had traveled to distant corners of the world. He loves to tell vivid stories of sea travel, but he lives alone now, attended to during the day by a woman who refuses to listen to him.

Poor Joanna was jilted by a worthless man and moved out to Shell Heap Island, where she lived isolated from society for the rest of her days. “She was full o’ feeling, and her troubles hurt her more than she could bear,” says a neighbor. “I see it all now as I couldn’t when I was young.” Her gravestone on the island is a point of pilgrimage for those who still remember.

Elijah Tilley, a laconic fisherman who usually keeps to himself, confesses to the narrator how deeply he mourns for his wife. “I keep a-watchin’ them doors as if she might step into ary one…that’s just how it seems.”

I have read the book many times, returning to it not only as a model of storytelling but also as a chance to make my own visit to the Landing. And yet my favorite chapters are the ones that recount the narrator’s trip, by dory, out to Green Island, home of Mrs. Todd’s family. There the landlady’s eighty-seven-year-old mother, Mrs. Blackett, still lives with her son, William, the island’s only inhabitants. The narrator spends the day with the three of them, digging potatoes for chowder, sitting down for the midday meal, hunting for pennyroyal and, finally, having a song from the son and mother. Here we reach the shining stillness at the center of Jewett’s world:

I never shall forget the day at Green Island. The town of Dunnet Landing   seemed large and noisy and oppressive as we came ashore. Such is the power of contrast; for the village was so still that I could hear the shy whippoorwills singing that night as I lay awake in my downstairs bedroom, and the scent of Mrs. Todd’s herb garden under the window blew in again and again with every gentle rising of the sea breeze.

Timeless, mythical, but also elegiac, particularly now, over 100 years after the book was written. I was right as a child to feel nostalgia for such a place, because beauty is never permanent. Each time it is as if I watch the small village and its inhabitants disappear before my eyes, just as I come to know them.

Michelle Blake has published poetry and essays in MORE Magazine, The New York Times, Ploughshares, Southern Review, Solstice Literary Magazine, Mid-American Review, and others.  Her essay “A Fable for Our Times” just won the Solstice Nonfiction Award for 2015. She has also published three critically acclaimed novels—The Tentmaker, Earth Has No Sorrow and The Book of Light (Putnam Penguin). Her chapbook of poems, Into the Wide and Startling World, was awarded publication in the New Women’s Voices competition in 2012 (Finishing Line Press). In 2014, her collaborative project with photo-montage artist Fran Forman, Escape Artist, was published by Schiffer. She has taught writing at Goddard College, Stanford University and Tufts University, and lives in Vermont.