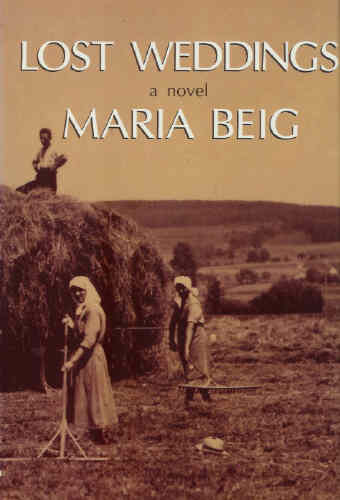 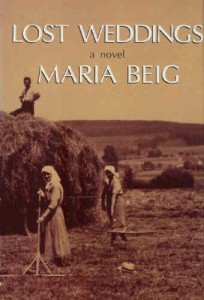 One of the traditional and invaluable services that writer friends perform for one another is the exchange of rabid or near-rabid enthusiasms about other, unjustly neglected writers. Often these writers are well-known in their own countries and obscure here. Charlie Baxter recently initiated me into the joys of Javier Marias, for example, while I passed on to him the good news about Marta Morazzoni. When it comes to important writers overlooked in America, though, it’s hard to find someone more off the radar than Maria Beig.

Beig was apparently a household—in fact, a notorious—name in Germany in the middle eighties, mostly because both the circumstances of her debut and the nature of her work seemed designed to put maximum pressure on the cherished and still-sentimentalized notion of “Heimat” in both senses in which the word is usually understood: home and provincial homeland. Beig’s authority on the subject was hard to question. When she debuted, with her first novel, Raven’s Croak (!), she was a sixty-two-year-old retired knitting teacher from a rural backwater. Her portraits of country life—which initially seemed to slip easily into the grooves of a familiar and conservative regional subgenre, that literature of a Common Folk Eking a Hard Living from the Earth—turned out to be so unsparing and quietly withering that she stopped giving readings after a reading eight miles from where she was raised, we’re informed in Jaimy Gordon and Peter Blicke’s measured and intelligent translators’ introduction, was broken up by shouts of “Liar!” and “Nestbeschmutzer!” (soiler of the nest). We all aspire to be Nestbeschmutzers, but every so often a Maria Beig pulls it off.

Lost Weddings, her second book, makes clear what her neighbors were upset about. It’s a novel of four life histories, concisely told and delivately overlapping, usually at the very end of each. We’re presented with the stories of Babette and Helene, Klara and Martha: two farm women with incomes; two beautiful, two plain. They live in and around the same village but have taken on or been handed lives of such drayhorse isolation that they barely know of one another.

Some are able to imagine normal lives for themselves; some are not. The four narratives unfold the particulars of each woman’s bad luck, or, in their world, ordinary luck. They help their mothers bring up however many siblings; they becomes their brothers’ farmhands; they’re assigned the menial jobs, like desprouting potatoes or spreading dung on meadows and fields. They come within a hair of happiness, or at least a hard kind of fulfillment, or at least a safe sinecure. One by one their opportunities evaporate—mostly male—evaporate. Some weddings are lost, and some are refused, for both rational and self-styming reasons. After years of drudging ever onward, they gradually find themselves more and more in the way. “Do you think I want to end up like you and have to beg one day for bread and milk?”  Helene’s favorite niece asks her at one point.

This is rural Catholic Bavaria, where home offers the hard solace of an ancient cupboard in the pantry that holds implements for the Last Sacrament. Family, in this world, represents a settling for what little there is. (In that way, Beig’s work is reminiscent of Maeve Brennan’s. Brennan being another undervalued maestro of pinched domestic lives.)

Intermittently, there’s eroticism; occasionally there’s kindness; almost never is there any tenderness. Kitchens are full of spite. Parents never leave off scolding. Small children are shuttled among extended family members for various heartless reasons and are always having dismal little epiphanies like “He sensed early one that really he should not be there at all.” It’s a land in which, since self-pity has no utility, you do without it. (One child, when asked how he is, always easy, “Better,” because he’s nearly always sick.)

The narrative strategies employed are equally brisk. The prose is simultaneously as evocative and nonlyrical as childhood memories of unpleasantly hard work. No ceremony is made for radical shifts in point of view, for leaps ahead in chronology, or for elided climaxes and epiphanies. Every so often the protagonists have their narratives shanghaied by minor characters. Loss is rendered with a startling simplicity.

Their world has failed them; they’ve failed themselves. Despite having had almost no expectations, they’ve found that they let their expectations set too high. Their complicity in their own victimization is evident throughout their stories. And yet what’s most moving about Beig’s women is the indefatigable of their moments of remembered joy and tenderness across decades of hard and circumscribed lives.

Jim Shepard is the author of six novels, including Project X,and four story collections, including most recently You Think That’s Bad: Stories (Knopf, March 2011).  His third collection, Like You’d Understand, Anyway, was a finalist for the National Book Award and won The Story Prize.

Lost and Found: Daniel Hornsby on Helen Waddell’s Translation of The Desert Fathers