As a young reader, I had a fascination with stories of the American South. Maybe it was because of my favorite English teacher, Mrs. Clark, a Georgia native who taught To Kill a Mockingbird, and whose black-rimmed glasses and gray pixie cut made her look very much like the author. Or maybe it was because the South—with its “y’alls,” its grits, its Boo Radleys and Tom Robinsons—seemed exotic to me, a Jewish girl from suburban Detroit.

Years later, I was excited to discover that my own family had a Southern past. At eighteen, my great-grandfather, Dave Spickler, left the Indiana farm where he and his mother had lived after emigrating from Poland. He’d planned to seek his fame and fortune in South America, but he only made it as far as Mobile, Alabama, where he spent the next decade as a bookkeeper in a lumberyard. 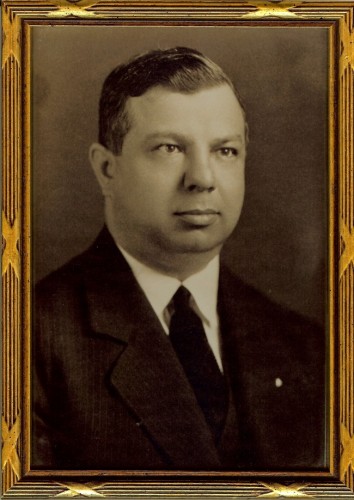 Ever since my grandmother related this forgotten chapter of our family history, I’ve wondered what it must have been like for Dave to live in the Deep South in the early 20th century. But thanks to Roy Hoffman’s 2004 novel Chicken Dreaming Corn, it’s no longer difficult to imagine.

Hoffman is part of a small but proud tribe of Southern Jewish writers. Growing up “as a Jew in the Bible Belt, I was in a minority,” he wrote in a New York Times essay. “I was often the only Jew [people] knew.” His family’s insider and outsider status is a subject he explores in this book, which garnered Southern literature’s unofficial seal of approval: a rare endorsement from Harper Lee herself.

Chicken Dreaming Corn is based on Hoffman’s grandparents’ journey from the shtetls of Romania to the storefronts of Mobile—and it’s a delight to read. The title comes from his grandmother’s Alabama twist on a Romanian Jewish expression, referring to the yearnings of ordinary folks for lofty, possibly unattainable goals.

The novel centers around Morris Kleinman, who lives with his wife and four children above his shop on Mobile’s Dauphin Street. When the novel opens in 1916, Morris has called Mobile home for some years, and he’s part of an international crew of merchants from Cuba, Poland, Lebanon, and Greece. He’s developed a modest but comfortable business selling everything from two-tone lace-ups to checkered skirts, making what he calls “a living, not a killing.”

Hoffman paints a vivid portrait of the Kleinmans’ lives—and how they retain their own customs, while becoming part of the fabric of the South. Morris and his wife Miriam keep kosher, pray daily, and go to a small synagogue that seems forever in the shadows of the town’s majestic cathedral. At the same time, the family mixes Southern with their Yiddish, marks down merchandise for “Good Friday Specials,” and hums marching-band melodies at the Confederate veterans’ parade.

What impressed me most wasn’t simply Hoffman’s ability to portray the Jewish experience in Mobile in this particular era, but his capacity to transform a specific story into a universal one. Although I came to the novel with a desire to learn about my own roots, the Kleinmans could be any immigrant family in America. Hoffman’s indelible characters ask questions that are fundamentally human: What do we owe our parents who have sacrificed for us? What does it mean to lead a good and honest life? What is love? How much do we need to be happy? And finally, what is the meaning of home?

As we follow the Kleinmans over a span of thirty years, we see them grappling with these questions in their own ways. Hoffman evokes the struggles of first-generation kids to fulfill their parents’ dreams, while asserting their own ideas. There’s the oldest son Abe who decides to claim his birthright and devote his life to the store, only to find himself butting heads with his father. Morris fears Abe will sully the family’s good name, while Abe grows resentful that Morris will not treat him as an equal partner.

Conflict also brews among the younger Kleinman children. The middle son Herman distances himself from the family after becoming the first to go to college. At the same time, the youngest daughter Hannah has little interest in filling the shoes of her dutiful older sister Lillian, who dies of a fever. Rather than marrying an eligible Jewish boy in town, she breaks with tradition.

Through all this change, Morris and his wife Miriam cling, however reluctantly, to one constant: the store on Dauphin Street. At times, Miriam longs for Brooklyn, where she and Morris met, and where she could have raised children surrounded by fellow Jews. Morris, on the other hand, rails against the idea of moving back to Flatbush Avenue—even after a Klansman threatens him. “We have made our lives here,” he tells his wife emphatically.

Perhaps this statement hits on the true definition of home for those of us who wander: it is the place where we set down roots. And yet, as Hoffman poignantly illustrates, each stage of our journeys stays with us. When Morris looks up, he sees not only the clear-blue Alabama sky, but also the Romanian farm in Piatra Neamt, and the park in Brooklyn where he first asked Miriam if she considered him “a good prospect.”

I never knew my great-grandfather Dave. Although he left Mobile after 10 years, a piece of the South must have remained with him. Sometimes, I think of him walking along the Detroit River, and picturing—with a hint of nostalgia—the rising and falling waters of Mobile Bay, the town clock at Bienville Square, and the smell of Japanese magnolias. It might not have happened this way, but these are the fantasies Hoffman’s novel helps me invent. After all, imagining the improbable is what makes every one of us “chicken dreaming corn.”

Kate Schmier holds an MFA in Fiction from Sarah Lawrence College. She was born and raised in suburban Detroit, and lives in New York City.