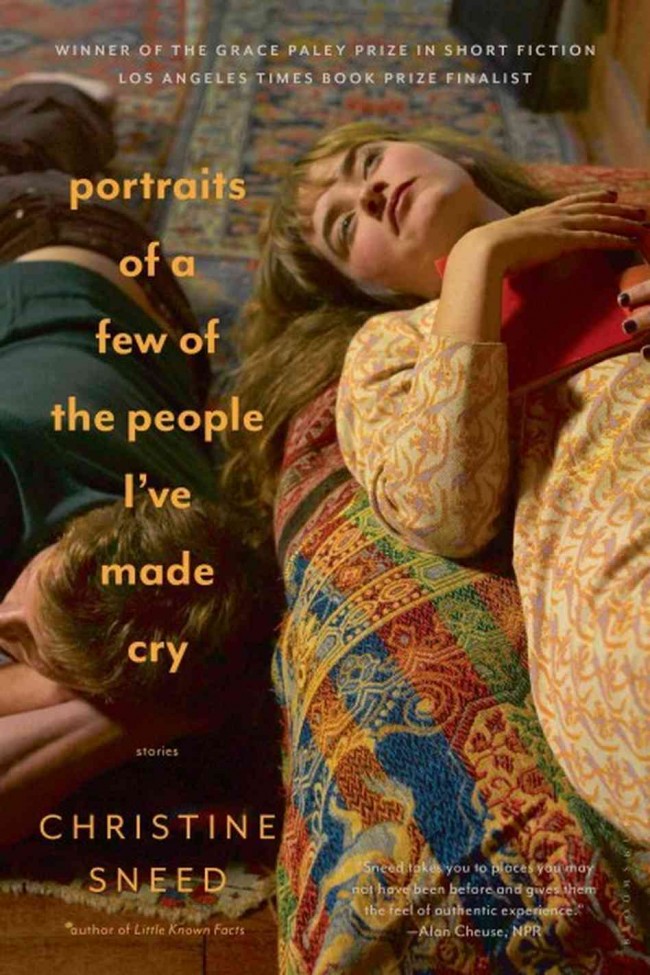 “Write what you don’t yet know.”

This recalculation of the MFA tried-and-true formula is not only the first piece of advice author Christine Sneed gives to her fiction students at DePaul University, but it was also the golden rule she followed when crafting her debut novel (published today!), Little Known Facts. An examination of the sad and private lives of the members of a family living in the shadow of Renn Ivins, their Hollywood movie star father/ex-husband, Little Known Facts exposes the fractured line between the characters we create and the characters we truly are.

I was able to speak with Christine via email in the weeks leading up to her publication date. We talked about the black nature of the limelight, the pursuit of Kale, and the small, strange cracks that can shoot fast through a public life and shatter it.

Christine Sneed: I wouldn’t say that you shouldn’t write about something that you have experience with, but I’ve taught students who write personal essays or journal entries and pass them off as fiction. A student will say, “But this actually happened. Why are you saying it doesn’t seem realistic?” Crazy-true events need to be handled with restraint to seem believable. Beginning writers usually can’t do this well. That’s why I tell them to write about characters and situations that might be different from what they usually write about (er…themselves). In my own work, I try to write about people I hope seem very real, but they are rarely based on someone I know. I want my characters’ motives and thoughts to come from a believable place, but what happens to them in my work isn’t something that I’ve experienced first-hand. 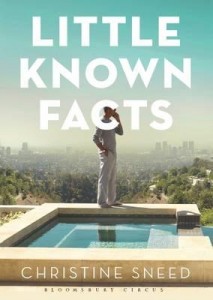 AM: Not to be flip, but what has a middle-class, middle-aged writer-professor in Chicago to teach us about Hollywood and massive fame?

CS: As a middle-aged, middle class daughter of the Middle West, I can offer a perspective on fame similar to other star-struck moviegoers and would-be celebrity stalkers everywhere. My obsessions, unrequited crushes, repeat viewings (do I dare admit it? I saw The English Patient six times…in the theater) are just like someone else’s you know. Maybe even yours.

AM: How does watching The English Patient six times teach you about the inner life of a celebrity?

CS: When I was going out to see The English Patient, I don’t think that I was separating the actor from his character. This is why the famous often have us in their thrall. We confuse the real-life Ralph with the movie-star Ralph, though reason tells us that they are not the same. In Little Known Facts, I wanted to see past the mirage and examine the complicated people behind the glittering facade.

AM: Having previously only published short fiction, I wonder if the genesis of Little Known Facts began as a shorter work?

CS: It started with me wondering what it would be like to be the adult son of a famous actor, one handsome and smart. I was thinking of Paul Newman or Robert Redford. I wrote the chapter first. I went back to it because Will, his father Renn, and the other characters were still in my head. I conceived of the book as a whole once I started thinking about it again. But I wanted most of the chapters to have a narrative arc similar to that of a short story. I think of them as symbiotic, rather than stand-alone.

AM: And from my understanding, you wrote the rest of the novel in a “fevered, exuberant four-month” long surge. What was that process like?

CS: I felt such suspense…. I wanted to know what would happen next. I couldn’t stop writing.

AM: By the time this airs (so to speak) it will be your novel’s birthday. How does it feel to have it finally out in the world?

CS: I have apprehension and excitement about this book entering the world – it’s a literary novel but I think some people will think, “How can anyone write a literary novel about Hollywood. Who is she kidding?” Well, I think you can. I hope I did.

I do feel grateful. This is the fifth novel I’ve written but the first to be published, so I feel pretty lucky and relieved. I would probably have written five more novels if that’s what it took. But after that, I would have started taking singing lessons or something. Maybe I’d sign up for singing lessons and embarrass myself during the try-outs for American Idol.

Actually, I don’t think I ever feel relieved. Like an addict wondering where her next fix will come from, I’m worrying about what I’ll write next and if it will be any good.

AM: You have said that the novel is “not meant to be read as a cautionary tale about the price of fame and its effects on a successful actor and those closest to him.” That seems like such a crucial plot point to me. I wonder how you feel the story is meant to be read? 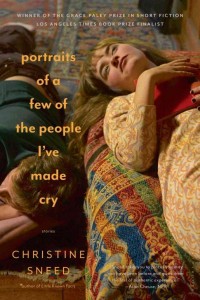 CS: It’s about the way people respond to each other when sexual and professional jealousy, along with strong family ties or the bonds of friendship – relationships based on loyalty, trust and respect – are tested. It is about fame. It’d be ridiculous to say that it isn’t. But I don’t want readers to think I’m trying to warn them away from working in Hollywood or being the lover or close friend of an actor. My intent was to look at fame in a different way than the tabloids. I wanted to imagine what it would be like on a day-to-day basis to be a film star.

CS: Lucy managed not to descend into helplessness and bitterness when her marriage fell apart. She had her own career as a physician to fall back on, two children to raise. She knew Renn before he became famous. She’s the character who gave other characters in the book the reality checks they needed. I think you must have at least one character of conscience in a novel, if only to contrast with those with unbridled egos. Lucy serves as the book’s conscience. But she recognizes that she has unruly desires, longstanding regrets and disappointments and has given in to jealousy and spite. She’s smart and angry but also loving – she loves her and Renn’s children and is a good doctor. In a conventional sense, she’s a successful person. Yet compared to Renn’s movie-star success, she knows that many people view her as negligible.

AM: It seems one of the concerns of the novel centers around the age-old question of why fame, beauty, and money don’t always equate with happiness. In delving into this question with your characters were you able to come up with an answer?

CS:  Well no mood can be maintained for long – that post-Oscar euphoria doesn’t last. Our egos are like our stomachs: they need to be fed at regular intervals. They need to be fed nourishing food, not trash, but most of us like trash because it tastes so good. The trash is the flash-in-the-pan of the pre-film-release publicity, being briefly the center of the media’s attention. That lasts a few weeks, maybe a few months if you’re an Oscar contender. But then things go back to normal and you’re where you were before the Oscars. What movie to do next? Who’s getting all the attention now that I’m not? It’s like Twinkies v. kale. Kale is the equivalent of inner peace; Twinkies are the fleeting mood elevator, like having your face on the cover of People – next week someone else will be on the cover. You’ll be back to looking for your next Twinkie. Better to go for the kale, if you know how to find it and cook it (is kale the equivalent of therapy? an inborn or Buddhist’s ability to quiet your ravenous ego? Who knows where exactly to find it, but it’s much better for you than a Twinkie.)

AM: Are you having a Twinkie right now?

CS: I’m having a couple of Twinkies. But a big helping of kale too. And some Brussels sprouts for good measure. Those cruciferous vegetables are where it’s at, apparently.

Christine Sneed is the author of Little Known Facts and Portraits of a Few of the People I’ve Made Cry. Her stories have appeared or are forthcoming in Best American Short Stories, PEN/O. Henry Prize Stories, and Ploughshares.

Aspen Matis is a Riggio Honors student at The New School in Greenwich Village, and her work has appeared or is forthcoming in The New York Times, Tin House, Psychology Today, and elsewhere. She is the author of the forthcoming memoir Knapsacked: A Life Redirected North.

This City Could Be Your Poet: Seattle