In honor of the upcoming New Directions release of Clarice Lispector’s Complete Stories, we have decided to hand the keys to The Open Bar over to the Brazilian legend. Tune in all week for previously unpublished and newly translated stories, as well as reviews and thoughts on her work.

Kicking off Lispector week is a new translation (by Katrina Dodson) of Praça Mauá, which concerns itself with an argument between a stripper and her transvestite friend over who is the better woman.

The cabaret on the Praça Mauá was called “Erótica.” And Luísa’s stage name was Carla.

Carla was a dancer at the “Erótica.” She was married to Joaquim who worked himself to death as a carpenter. And Carla “worked” in two ways: dancing half-naked and cheating on her husband.

Carla was beautiful. She had small teeth and a tiny waist. She was utterly fragile. She had hardly any breasts but her hips were nice and curvy. It took her an hour to do her makeup: afterward she looked like a porcelain doll. She was thirty but looked a lot younger.

She didn’t have children. She and Joaquim didn’t have much to do with each other. He worked until ten at night. She started work right at ten. She slept all day.

Carla was a lazy Luísa. She’d show up at night, when it was time for her to perform, she’d start yawning, she felt like wearing a nightie in her own bed. It was also because she was shy. As incredible as it might seem, Carla was a shy Luísa. She’d strip, sure, but those first moments of dancing and gyrating were filled with shame. She only “warmed up” a few minutes later. Then she pulled out all the stops, gyrating, giving it all she had. The samba was her specialty. But a really romantic blues number also got her going.

She’d get called over for a drink with customers. She got a commission for every bottle. She’d pick the most expensive one. And pretend to drink: it wasn’t alcohol. She’d let the customer get drunk and spend money. Chatting with them was a chore. They’d caress her, run their hands over her tiny breasts. And she’d be wearing a sparkly bikini. Gorgeous.

Once in awhile she’d sleep with a customer. She’d take the money, tuck it away safe and sound in her bra and the next day go shopping for clothes. Her closet was overflowing. She’d get blue jeans. And necklaces. Tons of necklaces. And bracelets, rings.

Sometimes, just to mix it up, she’d dance in blue jeans and no bra, her breasts swaying among her glittering necklaces. She’d have bangs and make a little beauty mark near her lips with black eyeliner. She was darling. She’d wear long, dangly earrings, sometimes pearls, sometimes fake gold. 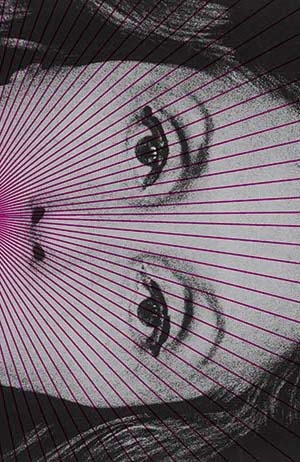 Celsinho came from an upper-class family. He’d left everything behind to follow his calling. He didn’t dance. But he wore lipstick and false eyelashes. The sailors on Praça Mauá adored him. And he played hard to get. He only gave in at the last second. And he got paid in dollars. He invested the money he exchanged on the black market at Halles Bank. He was terribly afraid of growing old and helpless. Especially because an old tranny is a pitiful sight. To keep up his strength he took two packets of protein powder daily. He had wide hips and, from taking so many hormones, had acquired a facsimile of breasts. Celsinho’s stage name was Moleirão.*

Moleirão and Carla made good money for the owner of the “Erótica.” The smoky atmosphere reeked of alcohol. And there was the dance floor. It was rough being dragged out to dance by a drunk sailor. But what could you do. Everyone’s got their “métier.”

Celsinho had adopted a four-year-old girl. He was a real mother to her. He didn’t sleep much because he was taking care of his little girl. She wanted for nothing: everything she had was the very best. And a Portuguese nanny. On Sundays, Celsinho would take Claretinha to the zoo, in the Quinta da Boa Vista. And they’d both eat popcorn. And feed the monkeys. Claretinha was afraid of the elephants. She’d ask:

“How come their noses are so big?”

Celsinho would then tell a whimsical story involving evil fairies and good fairies. Or then he’d take her to the circus. And they’d suck noisily on their candy, the two of them. Celsinho wanted a brilliant future for Claretinha: marriage to a wealthy man, children, jewels.

Carla had a Siamese cat that gazed at her with hard blue eyes. But Carla hardly had time to take care of her pet: she was either sleeping, or dancing, or shopping. The cat’s name was Leléu. And it lapped up milk with its delicate little red tongue.

Joaquim hardly ever saw Luísa. He refused to call her Carla. Joaquim was fat and short, of Italian stock. He’d been given the name Joaquim by a Portuguese neighbor women. His name was Joaquim Fioriti. Fioriti? there was nothing flowery about him.

Joaquim and Luísa’s maid was a cheeky black woman who stole as much as she could. Luísa hardlyate, to maintain her figure. Joaquim would drench himself with minestrone. The maid knew about everything but kept her mouth shut. And she was in charge of polishing Carla’s jewelry with Brasso and Silvo. While Joaquim was sleeping and Carla was working, the maid, named Silvinha, would wear her mistress’s jewelry. And she was a somewhat ashy black color.

Here’s how what happened, happened.

Carla was telling secrets to Moleirão, when she was asked to dance by a tall man with broad shoulders. Celsinho lusted after him. And was green with envy. He was vindictive.

When the dance ended and Carla came back to sit with Moleirão, he could barely contain his anger. And there sat Carla, innocent. It wasn’t her fault she was attractive. And she’d taken quite a liking to that big hunky man. She said to Celsinho:

“I’d sleep with that one without charging a cent.”

Celsinho silent. It was nearly three in the morning. The “Erótica” was full of men and women. Lots of housewives went there for fun and to make a little extra cash.

“It’s so nice to dance with a real man.”

“But you’re not a real woman!”

“Me? what do you mean I’m not?” gasped the girl who that night was dressed in black, a full-length gown with long sleeves, she looked like a nun. She did it on purpose to turn on the men who wanted a pure woman.

Carla turned into Luísa. Pale, bewildered. She’d been stung in her innermost femininity. Bewildered, staring at Celsinho who looked like an old hag.

Carla didn’t say a word. She rose, stubbed out her cigarette in the ashtray and, without a word of explanation, ditching the party at its peak, left.

There she stood, all in black, on the Praça Mauá, at three in the morning. Like the cheapest of whores. Alone. With nowhere to turn. It was true: she didn’t know how to fry an egg. And Celsinho was more woman than she.

The square was dark. And Luísa took a deep breath. She looked at the lampposts. The empty square.

And in the sky the stars.