Closing down the Open Bar’s week with Clarice, we present a freshly translated piece of Flash Fiction about a “hairy nun” who leaves the convent in search of sex.

She was tall, strong, hairy. Mother Clara had dark hair on her upper lip and deep-set, black eyes.

She had entered the convent at her family’s insistence: they wanted her sheltered in God’s embrace. She obeyed.

She carried out her duties without complaint. Her duties were manifold. And there were the prayers. She prayed fervently.

And she confessed every day. Every day the white host that crumbled in her mouth.

But she began to tire of living only among women. Women, women, women. She chose a friend as her confidante. She told her she couldn’t bear it any longer. The friend counseled her:

She began sleeping on the cold stone floor. And she wore sackcloth. It was no use. She got violent fevers and chills, had scratches all over.

She confessed to the priest. He ordered her to keep mortifying herself. She did.

But whenever the priest touched her mouth while giving her the host she’d have to stop herself from biting the priest’s hand. He noticed, didn’t say a word. There was a silent pact between them. Both mortified themselves.

She could no longer look at Christ’s half-naked body.

Mother Clara was the daughter of Portuguese parents and, in secret, shaved her hairy legs. If anyone ever found out, she was in for it. She told the priest. He went pale. He imagined how strong her legs must be, how shapely. 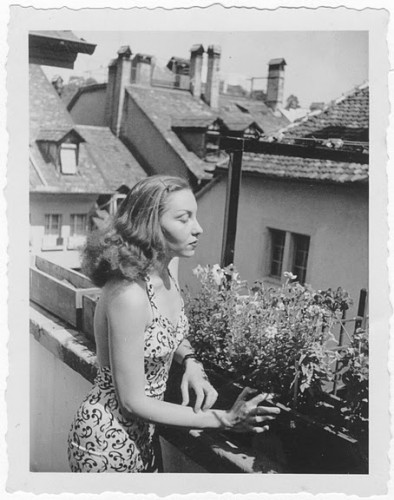 One day, at lunchtime, she began to cry. She didn’t tell anyone why. Not even she knew why she was crying.

And from then on she was always crying. Though she hardly ate, she was gaining weight. But there were purplish circles under her eyes. When she sang in church, she was a contralto.

Until she told the priest in the confessional:

“It’s better not to marry. But marrying is better than burning.”

She packed her few things and took off. She went to live in a boardinghouse for young women.

Her black hair grew out abundantly. And she seemed airy, dreamy. She paid for the boardinghouse with the money her Northern family sent. Her family didn’t approve. But they couldn’t let her starve to death.

She herself made her quaint dresses out of cheap fabric, on a sewing machine lent by another girl at the boardinghouse. The dresses had long sleeves, high collars, went below the knee.

And nothing happened. She prayed often for something good to happen to her. In the form of a man.

And indeed it did.

She went down to the corner bar to buy a bottle of Caxambu mineral water. The owner was a handsome Portuguese man who was enchanted by Clara’s demure manner. He didn’t let her pay for the Caxambu water. She blushed.

But she came back the next day to buy some coconut sweets. She didn’t pay for those either. The Portuguese, named Antônio, got up the nerve to ask her to the movies. She declined.

The next day she came back to have some coffee. Antônio promised he wouldn’t touch her if they went to the movies. She accepted.

They went to see a movie and didn’t pay any attention to it. By the end, they were holding hands.

They began meeting for long strolls. She, with her black hair. He in a suit and tie.

Then one night he said to her:

“I’m rich, the bar makes enough money for us to get married. How about it?”

They got married in church and at City Hall. In church the person who married them was the priest who told her marrying was better than burning. They took a steamy honeymoon to Lisbon. Antônio left his brother in charge of the bar.

She came back pregnant, satisfied, happy.

They had four children, all boys, all hairy.

Where They Were Not

The Labor of Her Hands