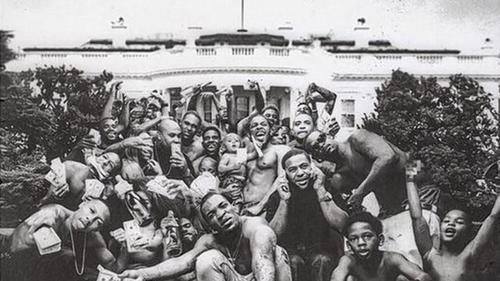 In his groundbreaking book, Roots: The Saga of an American Family, Alex Haley tells the story of Kunta Kinte, a young man from Gambia sold into slavery in America in the 18th century. The book—published in 1976 and adapted into a popular television series in 1977—is largely based on true events and real people, as Haley claimed to have traced his own lineage all the way back to Gambia, back to the Mandinka tribe, back to Kinte himself.

As a slave on a Virginia farm, Kunta Kinte—who is given the name “Toby” by his slave master—makes multiple escape attempts, and is thwarted each time. After his fourth and final attempt and apprehension, the slave catchers give Kinte his choice of punishment: being castrated or having his right foot cut off with an axe. Kinte chooses his foot, thereby preserving his remaining sense of manhood.

As a crippled, though still prideful slave, Kinte remains not only distrustful of whites, but to the other blacks on the farm, who have been living in slavery longer than Kinte, and who try to convince Kinte to acclimate and become a dutiful slave. Following his last escape attempt, and after losing his right foot to the slave catchers’ axe, Kinte is lectured by an older man, of a lighter brown complexion than Kinte, known only as “the Fiddler.”

“Give it up,” the Fiddler tells Kinte. “You ain’t goin’nowheres, so you might’s well face facts an’start fittin’in, Toby, you hear?”

Kunta Kinte has once again made his way, somewhat obliquely, into popular culture, with the appearance of “King Kunta,” the first single off Kendrick Lamar’s latest album, To Pimp A Butterfly. “I got a bone to pick,”Lamar begins. “I don’t want you monkey mouth motherfuckers sittin’in my throne again,”he continues, effectively declaring himself the once and present ruler of hiphop. Who these “monkey mouth motherfuckers”are, however, is more ambiguous. Lamar could be making reference to the familiar stereotype of black people resembling monkeys—leveling the most hurtful of racist insults against those who would dare challenge his lyrical supremacy—or he could be dismissing his rivals’ talent by claiming their lyricism is no better than the chattering of monkeys.

After this introduction, Lamar proceeds directly into the song’s hook, which begins, “Bitch, where were you when I was walkin’? / Now I run the game, got the whole word talkin’/ King Kunta.” In these lines, Lamar addresses those who dismissed him when he was still an unknown, still trying to make himself heard in a highly competitive culture. But, where once he was “walkin’,” or making small steps, Lamar now runs—the industry, his own creative output—and his talent has made him world famous.

“Everybody wanna cut the leg off him /Kunta,”the hook continues, “Black man taking no losses.”

Even as a successful artist, a black man living in America, including Lamar, still faces routine discrimination and opposition, by whites as well as other black artists, contending for the same level of success. Lamar not only addresses himself as “Kunta,” in homage to Kinte, who defiantly refused to acknowledge his slave name, but by adding the honorific “King,” Lamar accomplishes two goals: he recalls when black men in Africa were once kings and queens, before being decimated by the Atlantic slave trade and the exploitation of the continent; and he proclaims himself superior to his peers. King Kunta, then, is a man of royalty in a land of slaves.

During the 1992 riots in Los Angeles, following the acquittal of LAPD officers involved in the beating of Rodney King, one man, during a taped interview, offered his opinion on the wider implications of the verdict: “That’s what they told us today, in other words, you still a slave (the quote was later sampled in Dr. Dre’s “The Day the Niggaz Took Over”). “No matter how much money you got, you still ain’t shit.” To be a King in America, it would seem, can carry many different meanings.

To be a successful entertainer in America is the dream of many young black men and women, with its promises of wealth and fame. With limited resources and few education opportunities, one of the highest levels of achievement a boy or girl born in the inner city can hope for is to be either a professional athlete or a recording artist. The record industry, much like the sports industry, capitalizes on black talent, while offering the illusion of independence and self-determination. Mainstream hiphop artists, from Lil’Wayne to Jay-Z, frequently namedrop their record label and claim ownership of their music. Kendrick Lamar claims to “run the game,” in “King Kunta.” But most of the biggest hiphop labels, including Cash Money, Def Jam, Aftermath, Roc-A-Fella, GOOD Music, G-Unit Records, Disturbing Tha Peace, Top Dawg, and Bad Boy, are subsidiaries of Universal Music Group, the world’s largest music company (To Pimp A Butterfly is under the UMG umbrella). Many people are making money from the reinforcement of negative stereotypes of young black men and the glorification of inner city crime, but—as UMG posted a revenue of five billion dollars in 2014—it’s clear that some are making more money than others.

After the violent amputation of Kunta Kinte’s foot in Roots, the Fiddler offers Kinte guidance that could be applied to America in general and the American entertainment industry in particular:

“Niggas here say Massa William a good master,” the Fiddler says to Kinte, “an I seen worse. But ain’t none of ‘em no good. Dey all lives off us niggers. Niggers is the biggest thing dey got.”

Santi Elijah Holley’s short stories and nonfiction have been published in VICE, Monkeybicycle, Straylight, and SmokeLong Quarterly, among other periodicals. He is an arts and music writer for The Portland Mercury, and he works in the Publicity department at Powell’s Books.