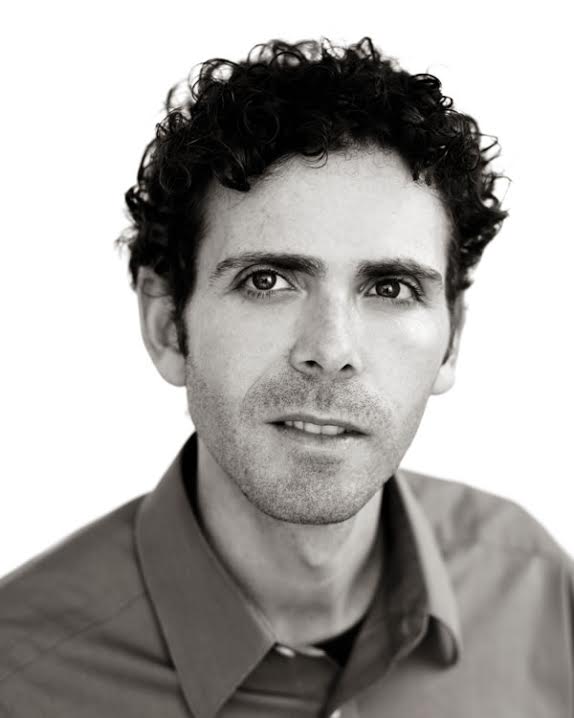 Wandering the aisles of your local bookstore (or the AWP Book Fair in Seattle), marveling at the number of books in the world and the amount of knowledge that fills them? So are we. So is Aaron Labaree, who wrestles with the implications of non-fiction in this essay.

When it comes to books and book-buying, I’m an optimist. I aim high and fall hard. Once, in the gift shop of the Peabody Museum in Boston, I bought a book called A Field Guide to Weather. It’s an actual field guide, with a waterproof cover. Anybody could have told me that I would never read this book, and in fact my friend did tell me exactly this, but I was in that natural-history-museum-induced state of childlike wonderment and wouldn’t listen to reason. I thought it would be fun to know the difference between a cumulus and a cumulonimbus cloud and fantasized a future in which I was a cloud expert and could impress new acquaintances with my casual but comprehensive knowledge of the billowy heavens. It was only when I’d gotten home and reopened the book that I realized my mistake. I just liked the word “cumulonimbus”; the cloud itself couldn’t have interested me less. This was equally true of “stratocumulus,” “cirrocumulus,” “cirrostratus,” and the dozens of other classifications of cloud. Jesus Christ, I thought, they’re clouds. Can’t you people just enjoy them? I quit on page 30, halfway through an essay on moisture. 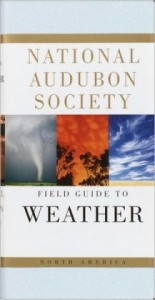 I have a lot of books, and many of them I haven’t finished. Most of these unfinished ones are, like that cloud atlas, nonfiction. They sit on my shelves with bookmarks still sticking up where I left them, like gravestones for my attention span. Here’s Barry Lopez’s Arctic Dreams, a beautifully written book with very small print. There’s Mapping the Deep, a treatise on the strange and wonderful creatures that dwell in the deep sea. Apparently we know less about the ocean floor than we do about the surface of the moon—I certainly do, since I only made it to page 81. Here we have 1491, a survey of Native American civilization before Columbus—a very good book, a book I have recommended to others, even though I do not remember a single fact contained in any of the 179 pages I read, including the parts about human sacrifice.

There are many more. I used to be ashamed of this large and growing collection. I used to put all the unfinished books on their own shelf (soon, shelves) and vow to get through them one by one. I used to set aside time, along with a dedicated chair and lamp, for uninterrupted reading. I’m done with that now. No more guilt. Because I’ve finally realized what must have been obvious to others for a long time, which is that almost no one reads books like these all the way through. “Are you kidding me?” a journalist friend said, when I confessed to not finishing Tristes Tropiques. “Nobody finishes that. You just dip into it when you want some inspiration.” Other bookish friends admitted to lengthy reading backlogs, although they were less complacent about their own. “Over spring break, I’m going to finish The Power Broker,” one of them told me.

I doubt it. Now that the scales have fallen from my own eyes, I see these books in a sad new light. Browsing the nonfiction table at the bookstore recently, looking wistfully at the titles—about the art of perfume-making, the neuroscience of gossip, the history of Afghanistan—I thought of an old Onion headline: “85 Percent of US Cole Slaw Remains Uneaten.” I’m afraid that nonfiction books—some of them wonderful, some of them by people I know!—may be the cole slaw of the American literary diet.

Now, if this is true, why do people buy these books in the first place? Before I get to that I should say that my definition of nonfiction is a fairly restrictive one. It excludes memoirs, political screeds, and works of scholarship or criticism, among others. The books I’m talking about are nonfiction books for the general reader, that upper-middlebrow category that’s sometimes called literary reportage or narrative nonfiction. These books cover every subject, from the rise and fall of Pablo Escobar to the geological history of the planet. They are sometimes written by experts but go out of their way to banish any whiff of scholarly dust. They have attractive covers and splashy titles and subtitles (Blood and Thunder: The Epic Story of Kit Carson and the Conquest of the American West), and when you open the book, quite often you will find the author introducing the subject by way of his own experience (“In 1978 all the fish I cared about died,” begins Four Fish: The Future of the Last Wild Food). What these books offer isn’t grist for the scholarly mill but, in the words of some of their cover blurbs, “A blood-stirring experience,” “A grand thought experiment,” “a thrilling ride through a lovely landscape.”

There’s the problem. There’s nothing wrong with the books, just the expectations they raise. By promising such thrills, these books are trying to fill the tallest of orders: a book that’s as delicious as it is nutritious; an educational experience that’s as entertaining as a novel. But they’re never going to be as entertaining as a novel because they have to carry around a huge burden of facts, and facts are boring. That’s why we have novels. In the back of my head, I know this, but every time a book promises me such a thrilling adventure, I manage to forget it. What’s more, beyond this explicit promise of facts and fun, I always sense an implicit promise of something even better and even harder to deliver. What I’m really hoping for from a nonfiction book isn’t just the experience of a good novel but a great novel: not just entertainment, but beauty, enchantment, wonder. Wonder is the secret lure of all nonfiction. It’s what drives me to buy books about Neolithic man, the origins of the universe, or the taxonomy of clouds. It’s as though I’m trying to get beauty in its raw form, without the intervention of some bossy author. But it turns out that authorial intervention is hard to dispense with. Knowledge in its raw state is like old-growth forest: vast and mysterious from a distance, but up close, just trees, trees, and more trees.

I haven’t stopped reading nonfiction, but I have accepted (most of the time) that I can’t just buy 300 pages of fascination and delight. I have to get it in small doses. Lately I’ve been finding these doses in nonfiction books I actually read all the way through, which coincidentally or not happen to be conventionally structured works of scholarship or reportage. Max Hasting’s World War Two history, Inferno, for example, includes one surreal anecdote from the 1944 battle for Budapest. After the city zoo was damaged by bombs, “For weeks, a lion roamed the underground rail tunnels until it was captured by a Soviet task force dispatched for the purpose.”

Surprisingly, I think the internet does wonder and amazement about right. One five-minute video of Philippine prisoners dancing to “Thriller” is probably going to be better than a book on dance in Philippine prisons. One of the best things I’ve ever seen online is an aerial photo of an abandoned diamond mine just outside the Siberian city of Mirny. It shows a medium-sized industrial city, at the edge of which—just where the line of houses ends—lies a giant, spiral-shaped mine almost half as big as the town itself and shockingly perfect-looking, as though it had been made with a few twists of a Satanic drill. It’s such a dreamlike (or nightmarish) image that I still find myself pulling it up and gazing at it if I’m bored or lacking inspiration. I tried this a few weeks ago, and after the weird thrill of vertigo wore off, it occurred to me that someone should write a book about the monumental ruins left by Soviet extractive industry east of the Urals and the (largely slave-powered) operation that created it. I imagined wolves trotting across the floor of an abandoned factory. . . a descent into the spiral of the enormous mine. . . Someone probably has written exactly this book. I’m not going to look for it on Amazon, but if find it on the shelf, I doubt I’ll leave it there.

Aaron Labaree lives in Brooklyn. His writing has appeared in Guernica, The Millions, and Narratively.

On the Making of Orchards