“You know how it is, basking in the glow of a sudden recognition, his eyes, your eyes, an ease like slipping into warm water, there’s the flawlessly beautiful woman who lies languorously sprawled as in a bed, long wavy red hair rippling out sensuously about her, perfect skin, heartbreak skin, lovely red mouth and a gown of some sumptuous gold lamé material clinging to breasts, belly, pubic area subtly defined by shimmering folds in the cloth, and The Lover stands erect and poised above her gazing down upon her his handsome darkish face not fully in focus, as the woman gazes up at him not required to smile in invitation, for she herself is the invitation, naked beneath the gold lamé gown, naked lifting her slender hips so subtly toward him, just the hint of it really, just the dream-suggestion of it really, otherwise the advertisement would be vulgar really, the perfume in its glittering bottle is OPIUM the perfume is OPIUM is OPIUM the parfum is OPIUM it will drive you mad it will drive him mad it will make addicts of you it is for sale in these stores . . .” —Joyce Carol Oates, Black Water 1992

This is not a book that concerns itself with conventions. The narrative is decidedly nonlinear. We open on the Fourth of July in the car of a New England politician and his young mistress, and within the first pages the drunken Senator is careening off the road in a rented Toyota, smashing through a guardrail and into the “black rushing water” of the marsh, the young woman at his side. We then jump around, now in the past, now the present, now the future. We’re in the car, overturned in the water. Then at the party that preceded the crash. We move forward and back, governed by no apparent rules, much like this sentence.

We begin with a very simple base clause, “You know how it is,” that really doesn’t say anything at all, and so it’s explained—what you, the reader (although we soon find out that it isn’t the reader who’s the “you,” but rather Kelly Kelleher, the Senator’s mistress), are presumed to know is that familiar feeling of “basking in the glow of a sudden recognition,” basking acting in apposition to the base clause’s it. That’s all simple enough, a fairly straightforward way to begin a sentence, and then Oates begins to play around, breaking away from conventions. We get “his eyes, your eyes,” a clue that our second person here is Kelly, even though the point of view up to this point has been third, as seen in the previous sentence (“They were new acquaintances, virtual strangers.”) and the one that follows (“[T]he beat beat beat of the surf like a pulsing in the loins, how assured his fingers gripping her bare shoulders.”). There’s just one last appositive that modifies the base clause—“it” becomes “basking in the glow” becomes “an ease like slipping into water.” It’s all reasonably orderly at this point. And then we begin to lose control. 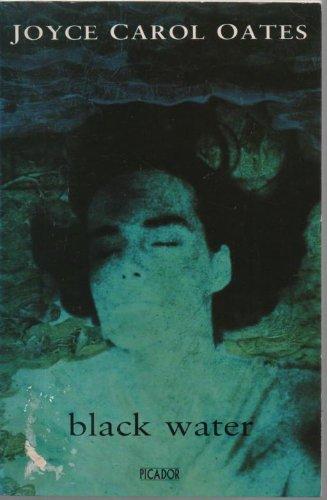 Now Oates departs from her characters, from the Senator and his young mistress, and slips into an imagined scene, one that never happened to these characters. They intended to sleep together—that much is clear. But we already know that this will never happen. They left the Fourth of July party together in the rented Toyota, but before they could make it to bed, they were swallowed by black water. We will not see a love scene between them, so we see instead this commercial, this nameless redheaded woman lying “as in” a bed—even that’s an uncertainty—and the sex is there, it’s heavy in the air, but then Oates reminds us that it’s only in our minds, it’s just a hint, because “otherwise the advertisement would be vulgar, really,” and yes, now we know that’s what it is, an advertisement, nothing more, not a love scene between our characters but an imagined ad for perfume, a perfume called OPIUM, a perfume we’ve heard nothing about in the eight preceding chapters, and then it’s flashed to us again and again, OPIUM, OPIUM, OPIUM, and don’t worry, it’s “for sale in these stores.”

In the first part of the sentence, the verbs come in the form of gerunds—basking, slipping—which serve to suggest to the reader nothing more than imagined action. The gerunds work to set up the scene, modifying the “it” in the base clause. Yes, we know what it’s like, “basking in the glow of a sudden recognition,” this “ease like slipping into warm water.” The verbs in these first twenty-four words are mostly coming in the form of appositives, presenting ideas instead of action, forming a state of being in our imaginations instead of a concrete scene that we’re meant to envision. We’re not thrown into the action yet, but we’re set up for it. We can’t be thrown into the action because the action didn’t happen for the characters—they sank into the water before they could get to the bed.

We’re then presented with a comma splice—anything more definitive than a comma here would disrupt the dreamy nature of this sentence—and another base clause: “[T]here’s the flawlessly beautiful woman who lies languorously sprawled as in a bed.” This new base clause gives us a new subject—it’s not “you” any longer, but an anonymous beautiful woman. Free modifiers build up the details of the scene: “[L]ong wavy red hair rippling out sensuously about her, perfect skin, heartbreak skin, lovely red mouth and a gown of some sumptuous gold lamé,” et cetera.

We are reminded as we go that this is a commercial and not an actual scene from the story we’ve been reading. Further down it is called “the advertisement,” and then we see what’s being advertised: perfume. We are reminded that is “for sale in these stores.” And Opium is, of course, a real perfume, a somewhat storied one, brought to the market by Yves Saint Laurent in 1977, Truman Capote sitting at the helm of a windjammer at the launch party in New York. There was indeed a controversial 1992 David Lynch commercial for this scent that featured a redhead in a gold dress—hard to imagine that Oates didn’t see this ad since Black Water was published that same year, but the ad only featured the woman lying in wait. Oates further develops the image for us, adding in the lover, the tilt of the hips. There is no doubt that what’s being sold here is sex.

This idea that “sex sells,” such a popular advertising strategy, is one that Oates is commenting on here. Like we so often see on television, on billboards, in magazines, commercials like the one described are carefully constructed to appeal to certain aspects of our nature. Ads such as this are meant to catch our attention and touch us in a most primal way. It is romantic, yes—the wavy red hair, the gold lamé—but what we’re picturing are her naked hips beneath the gown, tilting “so subtly” toward him. His face is blurred out. He could be any man. What matters is the girl and the sex that she sells—“she herself is the invitation.” The description of the man is rushed, taking up just a small fraction of the sentence: “The Lover stands erect and poised above her gazing down upon her his handsome darkish face not fully in focus.” He’s there, but we are not supposed to be looking at him. His description is sped along by the omission of commas, a choice that causes us to hardly notice him, to consider him quickly and then move right back to the girl, who is the center of the ad.

Drawn to this sentence by its sexiness, we stay for its wild construction. Oates begins by establishing a context for us—like our characters; the reader must know what it’s like to connect with a stranger on a deep level. And then she paints a hypothetical scene—a nameless young redhead “languorously sprawled” before a lover “erect and poised above her.” She lifts her hips “subtly” so we catch just a hint, a “dream-suggestion,” but it is enough to show us where we’re going.

By this point, the sentence’s grammar has strayed from all convention and instead begins to closely mimic what is happening in the scene. A new base clause is presented: “The Lover stands erect and poised above her,” and then the woman is brought in as his subordinate with subordinate clauses—“as the woman gazes up at him,” and “for she herself is the invitation”—clauses that cannot stand alone but are made to depend upon The Lover’s base clause with the use of the conjunctions “as” and “for.” Modifiers are piled on—“naked lifting her slender hips so subtly toward him, just the hint of it really, just the dream-suggestion of it really,” and then another comma splice as we’re given yet another base clause, “the perfume in its glittering bottle is OPIUM,” and then we begin to really lose control. Repetition is used to sweep us along, to wrap us up in the excitement, the stupor—really, really, really, perfume, perfume, parfum, mad, mad, OPIUM, OPIUM, OPIUM, OPIUM. Again we lose the commas because they would slow us down and reduce that sense of discomposure that is so hot, so invigorating. We end with ellipses, the sentence drifting off, omitting text, Oates allowing us to continue it however we like in our minds, to reach no real conclusion, another reminder that this is all imagined.

Sex here is commodified, packaged up, sold in glittering bottles, an opiate, a numbing agent, something to be capitalized. The Senator and his mistress crashed into the water before they could act on their desires, so we see what was in their heads, what the “it” from the very first base clause was. But the construction of this sentence shows that this idea that they had, this idea of sharing an impassioned moment together in bed, is less about natural biological attraction and more about power, acquisition, submission. When it is “for sale in these stores,” it is nothing but a distraction, an obstacle to overcome, and it is with mastery that Oates bundles this all into a rambling 200-word sentence that tells a story and then loses its senses, asking us to kindly do the same.

Abby Norwood received her MFA in Fiction from Oregon State University in 2015. She writes technical documents in a factory by day and fiction, nonfiction, and poetry by night, and she’s currently adapting one of her short stories for the screen. Her prose can be found in Salon, Sou’wester, and Midwestern Gothic, among others.