With an illustration of a pregnant woman on the cover of Pamela Erens’s provocative new novel, Eleven Hours, the book’s subject isn’t exactly a mystery. But who is the book for? I exchanged emails with the author, whose work I’ve admired for some time, to get to the bottom of that very question. Over the course of several days we talked about pain, tattooing, childbirth, nursing and other “big human events.”

Pamela Erens: Interesting. I did not have that word or idea in my head as I wrote this book. That may be because of the way I define “trauma.” It’s a scary word to me, with the connotation of a psychological injury that one doesn’t survive, that maims one permanently. You could certainly make an argument that the protagonists, Lore and Franckline, have been traumatized. But that wasn’t really how I approached the material. I wanted to show a woman going through the particular trial of childbirth and show what she brought to it, how she rearranged herself to handle it. And in addition, what both characters have done to bear the losses in their lives. I see the novel as more about what we bring to pain—good or bad—than about what pain does to us. But that may be semantics. 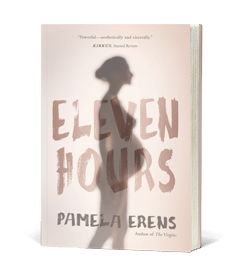 JR: I like that concept of “what we bring to pain.” Obviously I’ve never given birth but as a heavily tattooed person, I have a relationship with pain, an intimacy with how my body responds to the wound that is tattooing. But I’m fairly certain this knowledge would leave me woefully unprepared for the freight train of pain that is childbirth. There’s just no comparison right?

PE: I’ve never been tattooed, so it would be really hard for me to compare. I imagine that the pain of tattooing is very sharp and localized. The pain of childbirth is more expansive, and it’s deep inside, which makes it hard to describe. And unless tattoos routinely take twelve to twenty-four hours, the pain of childbirth lasts longer!

JR: Definitely not. I’m good for about three hours under the needle and then I need to tap out!

PE: It’s hard to compare pain generally. A hundred women who go through childbirth are going to experience the pain in completely different ways, partly depending on the vagaries of that particular birth, partly depending on their constitution—apparently some people really are more physiologically sensitive to pain—and partly depending on what’s going on around them. I had two very positive birth experiences, overall, which you might not guess from reading the novel. I had a doula both times. I can’t overstate the importance of having someone around who is experienced in births and can keep you (and your partner, if you have one) from panicking because she knows just what is happening at each stage. That was our wonderful doula. My husband was also incredibly involved and caring. If you feel loved and supported, pain is different—less like something you’re lost with. Being alone with pain magnifies it greatly. In the novel, of course, that’s Lore’s situation. Although her nurse, Franckline, steps into the breach as best she can.

JR: No pun intended! When I’m experiencing pain, I want to be left alone. I often read while getting tattooed so that people won’t talk to me. In your book, pain isn’t a thing that happens but a thing unto itself with its own catalog of expressions. How did you arrive at pain as a subject?

PE: I was a small, skinny, unathletic kid who was terrified of physical pain. At my annual checkups I literally used to run from the doctor when it was time for a shot—I had to be chased and cornered. As I got older I had the idea that I was someone who couldn’t tolerate serious pain, that it would break me if I ever encountered it. “Break me” seemed to mean becoming some sort of gibbering idiot, my mental organization unraveling. I don’t know why I had this extreme vision. Maybe precisely because I’d been so protected; I’d encountered pain so rarely. But in any case I was terrified of childbirth. It almost surprises me that I was willing to become pregnant, given the level of my fear. As a result of the terror, I read up on every single thing that could happen during a birth. I prepared myself to the utmost.

JR: Not to oversimplify things, it feels as if desire + knowledge > fear.

PE: Exactly. The whole process was a Very Big Deal to me, and getting through it made me feel very powerful. I didn’t fall apart. I didn’t go insane. I discovered I had strengths to bring to the process. Afterward, I felt such a respect for what women go through in labor; I felt as if we do this truly honorable and heroic thing. All this just burrowed away in my consciousness until I was ready to write about it. The trigger was reading the fine novel Tinkers and thinking, “If Paul Harding can write a book all about someone dying in bed, maybe I can write one that’s all about someone birthing a baby.” 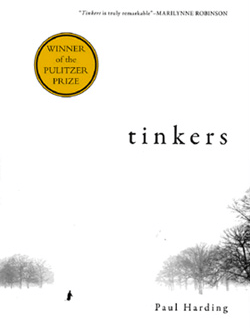 JR: I think it’s mistake to consider the title and think that the book is about eleven hours of labor when it’s more accurate to view those eleven hours as a narrative constraint. Would you agree with that?

PE: I think you could argue it both ways. It’s really and truly about those eleven hours: a granular view of childbirth. But it’s also about everything that has happened to Lore and Franckline to make them experience those hours the way that they do. It’s about how our psychological histories collide with biological fact. And it’s about how childbirth is a metaphysical event as well as a physical one.

JR: Did you collect stories of painful childbirth for the purposes of the book or was there an incident that you built the book around?

PE: I had enough stories in my head simply from my own two experiences and those I’d heard about from friends and family. One member of my family had had a very difficult first birth and after speaking to her to get more of the details I used her story, with some alterations, for the book.

JR: I love Franckline the nurse. My mother was an OBGYN nurse when I was growing up and she has a lot of funny stories. One I’ve never been able to forget is that they had a ledger in which they recorded all the details about the birth of the baby as well as the health of the mother and child. Whenever they had a baby who was perfectly healthy but whose appearance was off, they would write FLK in the ledger, which stood for “funny looking kid.”

PE: That’s so great. I bet nurses say a lot of things about babies that new mothers and fathers wouldn’t want to know.

JR: Absolutely, and probably about the parents, too. My mother has developed a knack for being able to tell when someone is pregnant. She’s so good at it that she’s learned to keep her opinion to herself because sometimes she recognizes it before the mother does. I love the kind of deep intuition that comes from looking at the world a certain way, being attentive and present that borders on the extra-sensory or even magical.

PE: And yet some of Franckline’s ideas and perceptions about herself aren’t so on-target. That’s the classic human conundrum: we so often understand and know how to help others better than ourselves.

JR: I think that nurses are special people—not everyone can do it—and Franckline feels like a nurse. She is connected to people and to their pain in ways that others aren’t. How did you arrive at this understanding of her?

PE: Lore has no helper figure with her, so Franckline had to become that helper figure. Otherwise, no relationship between the two women and no story. Lore needs comfort and understanding much more than she realizes. Maybe above all she just needs someone to be with her without trying to change or rescue or manipulate her. I like what you said about wanting to be left alone when you’re experiencing pain. That may be why Lore has cut herself off from any support. But Franckline—unlike the other nurse, Carol, who makes a brief appearance—has an ability to be present without being intrusive. Sort of like a really good psychotherapist, who knows when to come closer and when to hang back.

JR: In many ways, despite having all the facts and a plan for how she wants the birth to unfold, Lore really isn’t ready. In some ways I felt this was your ideal reader: someone who has not yet come to the understanding that ultimately she’s not going to be able to get through this alone.

PE: Technically women can and sometimes do get though this alone, but, yeah, that’s not a great scenario! I want to believe, though, that my ideal readers are not only women. Men aren’t relegated to the waiting room anymore. They’re usually right in that delivery room, and just as I’ll read novels about hunting expeditions and whaling ships, and find something universal in them, I’d like to think men can have that response to a novel about childbirth. It is, after all, one of the big human events.

JR: What do you say to people who ask if it’s a good book to read if you’re pregnant?

PE: If you’re like me, a classic counterphobe, and always want the worst facts, then, yes, go right ahead! If you’re not like me, it’s a good book to read after you’ve had a baby. To remind yourself that, no matter what happened, no matter what you did or didn’t, you performed a type of heroism. You went through something extraordinary.

Jim Ruland is the author of Forest of Fortune and co-author with Keith Morris of Black Flag, the Circle Jerks and OFF! of My Damage, which will be published by Da Capo August 30, 2016.

Jim Krusoe Speaks: An Interview with the Author of Parsifal